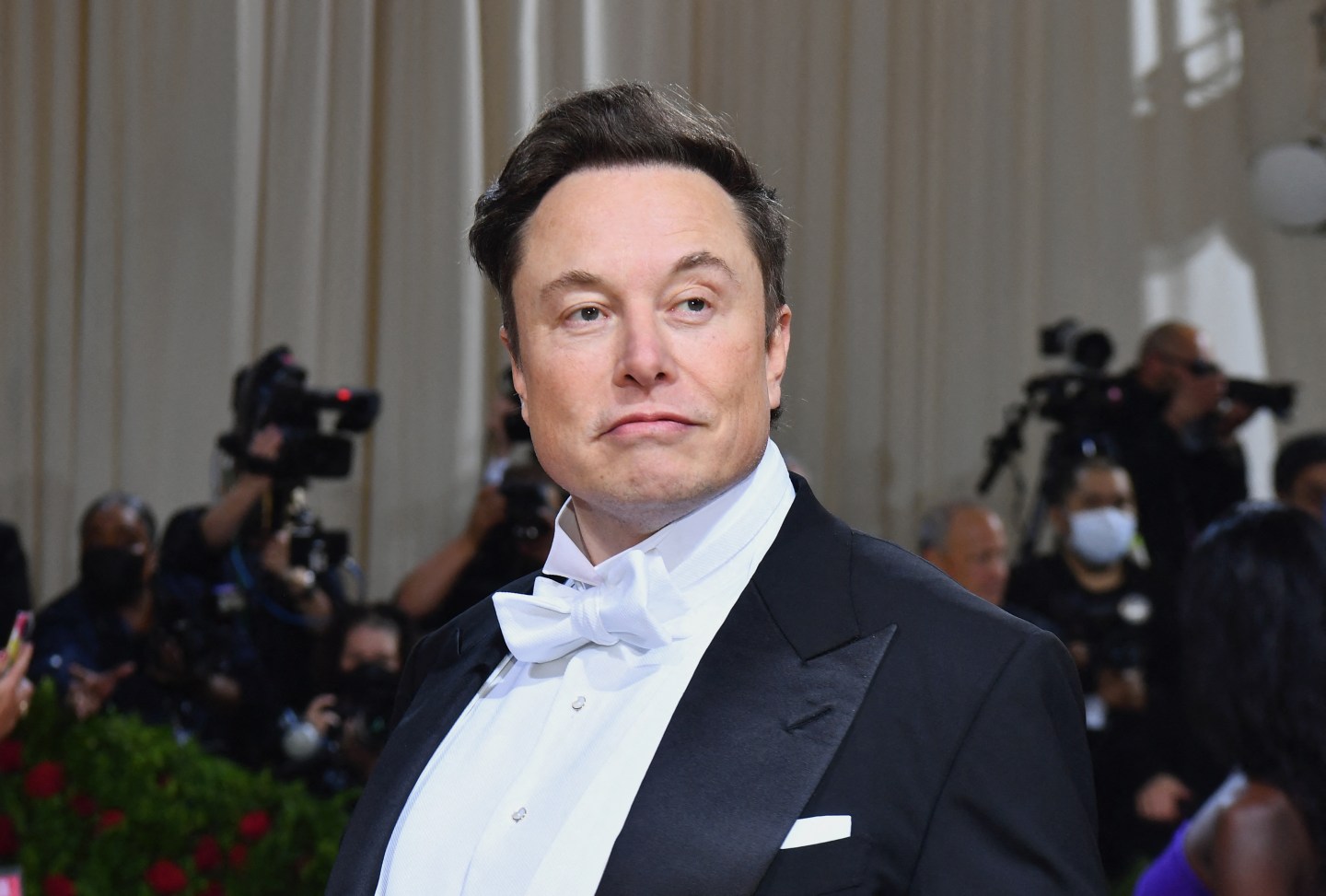 Legal experts believe that Elon Musk has a weak case against backing out of $44 billion Twitter deal, but the Tesla CEO is a case study in using money and privilege to evade consequences of any kind.

For those perpetually annoyed by Elon Musk’s uncanny talent for worming his way out of accountability, the latest Twitter development offers a chance for redemption.

In the three days since Musk moved to terminate his agreed-upon $44 billion acquisition of Twitter, multiple lawyers specializing in mergers and acquisitions have argued that the world’s wealthiest man made a pretty weak case for scrapping the deal. They said Musk’s two main reasons for sinking the acquisition—that Twitter refused to provide him with more information about the prevalence of bot accounts on the platform, and that CEO Parag Agrawal fired two high-ranking employees—likely don’t meet the legal threshold for backing out of his hasty purchase.

If that’s the case, a Delaware chancery court judge might be able to force Musk to fork over the $44 billion, even though it’s a gross overpay for the social media company given current market prices.

So maybe this is the time that karma finally catches up to Elon Musk. Maybe this is the just desert for the man who thumbs his nose at federal securities regulators, remains conspicuously quiet following claims of racial and sexual harassment at his companies, and acts like a teenager on social media—all with barely a modicum of consequences.

If we’ve learned anything from this era of Silicon Valley braggadocio, it’s that traditional legal frameworks don’t mean much to the priggish. Those with vast wealth and unrepentant guile are simply better at gaming the rules.

For a timely reminder, look no further than this weekend’s publishing of the “Uber Files,” a multi-part investigative series building off 124,000 confidential files from the ride-hailing outfit obtained by the Guardian.

The documents buttressed much of what we already knew about Uber, namely that it: pushed the boundaries of law and common decency during its global expansion; greased political wheels by cozying up high-profile politicians and unsavory Russian oligarchs; employed questionable technological tactics for evading regulatory investigations; and employed a CEO who you probably wouldn’t want as a son-in-law.

The records did, however, reinforce the sheer scope of brazenness at Uber in the mid-2010s, adding more details to the company’s well-worn tale.

And more to today’s point, the Guardian series reminded us that for all of the immodest behavior, Uber and its leaders escaped relatively unscathed. The company faced a smattering of fines and investigations, but none materially derailed the company. Uber co-founder and former CEO Travis Kalanick might have lost his job and any shred of a respectable reputation, but he made out with roughly $2.5 billion and remains an active—and apparently unchastened—entrepreneur.

In the case of Musk and Twitter, the Tesla CEO still could crawl through a few escape hatches, prying them open with his money and gumption.

For an exceedingly detailed accounting of these options, I’d direct you to the latest dispatch from Bloomberg’s Matt Levine, who deserves an honorary Pulitzer Prize for his mix of legal analysis and pure exasperation on this topic. But in summary, Levine argues that Musk could still win by:

Only one of these options involves winning on the merits of his argument—and that probably represents the least likely outcome. More likely, Musk will weaponize Twitter’s desperation for the deal, the vagaries of M&A law, and his own willingness to endure a long, messy legal battle in pursuit of a better deal. At a minimum, Musk likely will have to pay a $1 billion break-up fee and endure the wrath of elite circles fed up with his funny business.

Either way, it’s a small price to pay for a man with his wealth and sense of self. And if that’s the case, Musk’s haters will have to wait yet another day to taste redemption.

Banking on a collapse. Twitter shares fell by 9% in mid-day trading Monday following Elon Musk’s disclosure that he no longer intended to buy the company for $44 million. Twitter’s stock price tumbled to $33.49 per share as of early Monday afternoon, well below the $54.20 per share purchase price Musk agreed to in April. Twitter officials said over the weekend that they plan to pursue legal action to enforce the acquisition.

A fintech freefall. The European buy-now-pay-later company Klarna is now valued at $6.7 billion, a fraction of its $46 billion valuation from last year, following its latest funding round, The Financial Times reported Monday. The dramatic decline reflects a broad, inflation-driven pullback in venture capital funding, with high-growth financial tech companies hit particularly hard. Klarna raised $800 million in its new funding round.

A short courtship. American defense contractor L3Harris pulled out of early negotiations last month to buy the Israeli spyware company NSO Group, best known for its notorious Pegasus surveillance tool, The New York Times reported Sunday. Sources familiar with the negotiations told the Times that pressure from the Biden administration, which blacklisted NSO Group in the U.S., contributed to the retreat. L3Harris officials told NSO Group during the negotiations that American intelligence officials quietly supported the takeover, a statement that contradicted the White House’s stance on the spyware company.

A new opportunity. Broadcom president Thomas Krause plans to leave the semiconductor company at the end of the week, with CEO Hock Tan expected to assume his responsibilities, The Wall Street Journal reported Monday. Broadcom officials said Krause’s imminent departure is unrelated to the company’s pending $61 billion acquisition of software company VMware, a blockbuster purchase expected to attract significant antitrust scrutiny. Krause is expected to take a role at a private enterprise software company, though his hiring hasn’t yet been announced.

Crash of the Titan. Here comes yet another report on Apple’s driverless car disarray, this time courtesy of The Information. The online news outlet said the company continues to struggle with technological hurdles and inconsistent management of the project, codenamed Titan, in its rush to beat several automakers to market. While Apple conducted a successful test run in a mostly remote stretch of Montana last summer, the company’s autonomous vehicle ran into curbs and nearly crashed into a jogger while on roads near its Silicon Valley headquarters.

The episodes highlight the challenges facing Apple’s car project, which has had constantly shifting goals and a revolving door of leaders over its eight-year history.

The Information’s reporting, based on interviews with 20 people who worked on the program, sheds new light on how software problems have been a bigger factor in the program’s struggles than previously reported. And uncertainty over how long it will take to launch to the public is one reason the group has experienced high turnover.

Capital One had more tech job openings in June than Amazon. Can tech workers find job security in finance?, by Sheryl Estrada

‘I’m out millions of dollars’: Thousands of crypto investors have their life savings frozen as Voyager files for bankruptcy protection, by Taylor Locke

Could a universal coronavirus vaccine be the silver bullet that ends this pandemic—and the next?, by Erin Prater

Why remote work will win this fall, by Gleb Tsipursky

Something to watch. If you ain’t seen Nothing yet, tomorrow marks the official launch of the smartphone market’s newest arrival. As The Verge reminded, the Carl Pei-led product Nothing 1 is set for a reveal Tuesday at a live-streamed event titled “Return to Instinct.” (Can we return this ridiculous event name to sender?) While the developers behind Nothing haven’t been shy about teasing the phone’s industrial design and features, the unveiling should include new information about price, release date, and where to buy it. Based on what’s been released so far, I’m guessing the folks at Apple and Samsung aren’t losing too much sleep over their latest competitor.