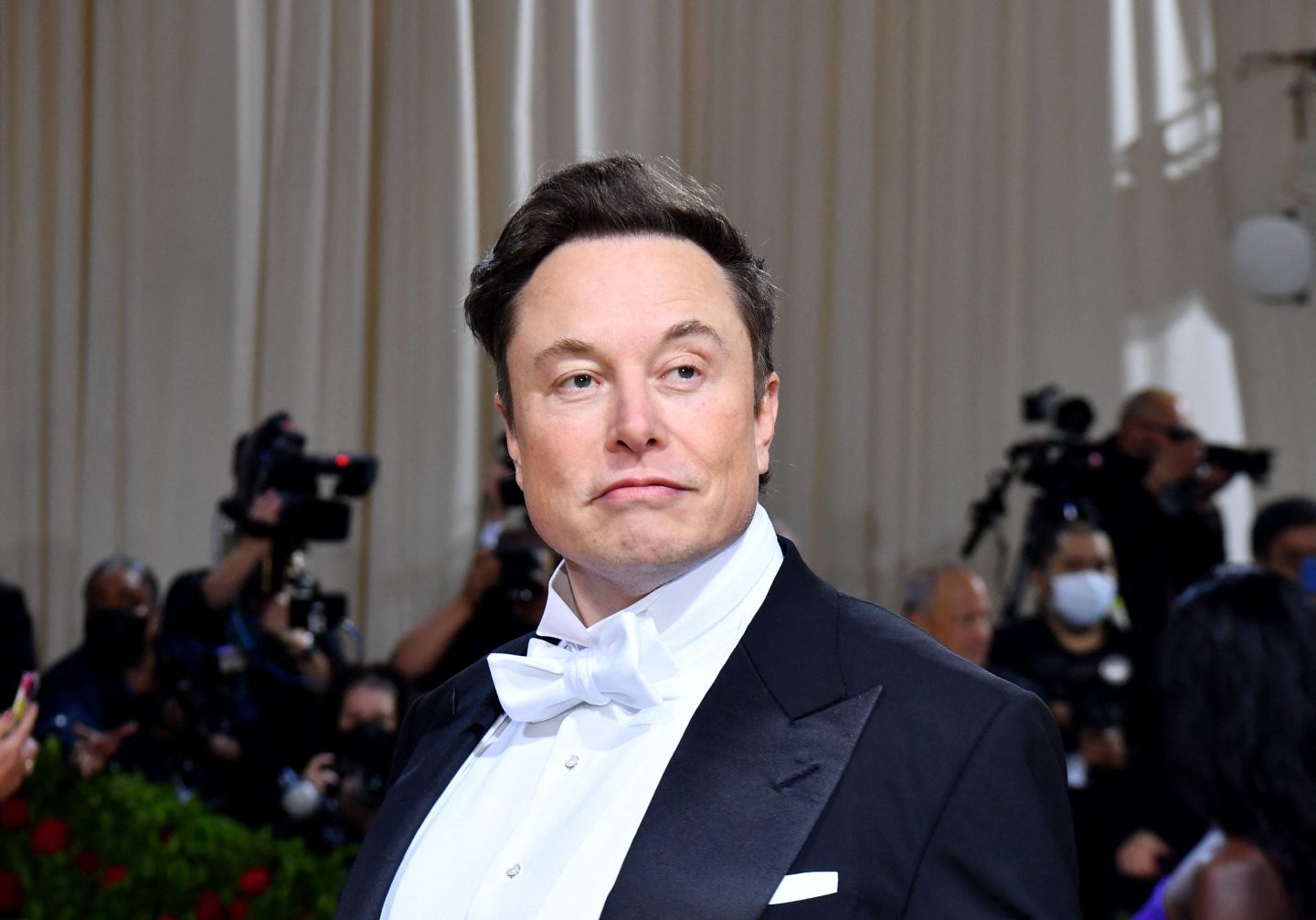 In characteristic fashion, Tesla CEO Elon Musk posted a meme mocking Twitter's board that suggested he had outwitted the company in a game of four-dimensional chess.
Angela Weiss—AFP/Getty Images

Elon Musk took a victory lap by characteristically mocking the Twitter management on their very own platform, following up on his intention to call off the $44 billion acquisition of the social media giants.

In true Musk fashion, the entrepreneur posted a meme of him laughing at the thought that Twitter first rejected his advance before demanding he follows through with it at all cost.

In doing so, the company will now be forced to reveal what Musk believes is its most closely guarded secret: the real number of fake user accounts.

“Now they have to disclose bot info in court,” he tweeted on Sunday, in a post that garnered over a half-million likes.

Whereas any normal company with the usual governance procedures in place would refrain from commenting publicly beyond regulatory filings in an ongoing legal dispute, the comments are classic Musk.

While a $20 million fine imposed by the SEC for committing fraud in relation to his “funding secured” tweet is a lot of money for even the very wealthy, it constitutes barely 1% of his $200-billion-plus net worth.

That affords him the luxury of humiliating his opponents, in particular Tesla short-sellers, and is not above locker-room humor. Fans praised the post, arguing he outwitted Twitter’s board in a game of four-dimensional chess the company didn’t even know it was playing.

Once Musk let Twitter CEO Parag Agrawal know how little he regarded the latter’s lengthy thread explaining how he calculates bot metrics by dignifying it only with a smiling poop emoji.

To fans, this irreverence and a refusal to play by others’ rules is a fundamental part of both his appeal and his success.

If the deal is called off, it would mark the second time Musk backed out of an agreement with Twitter after he decided in April to forego an invitation to serve on its board in favor of a suggestion by co-founder Jack Dorsey to bid for the company outright.

Musk needed cause to reasonably argue he could renege on the signed contract, and on Friday he provided his legal claim: by his own reckoning, the number of economically worthless accounts on the platform are far more than 5% maximum the company has repeatedly stated.

“It appears that Twitter is dramatically understating the proportion of spam and false accounts represented in its [user] count,” his lawyers wrote on Friday. “Preliminary analysis by Mr. Musk’s advisors of the information provided by Twitter to date causes Mr. Musk to strongly believe that the proportion of false and spam accounts included in the reported user figures is wildly higher than 5%.”

Were Twitter to knowingly mislead investors, it would have picked a poor time.

Management had the perfect opportunity to air any dirty laundry when it posted first-quarter results in late April, when it admitted to inadvertently inflating the number of users by 1.9 million since the fourth quarter of 2020 and revised them lower to 214.7 million.

Within minutes of Musk’s SEC filing landing on the Twitter website on Friday, chairman Bret Taylor fired back his board would hold Musk’s feet to the fire by litigation if need be, after he signed a deal in April to acquire the company, bots and all.

Over the weekend, Twitter hired the law offices of Wachtell Lippton, a well-known expert in Delaware jurisprudence where the company is incorporated.