Capital One had more tech job postings in June than Amazon. Can tech workers find job security in finance? 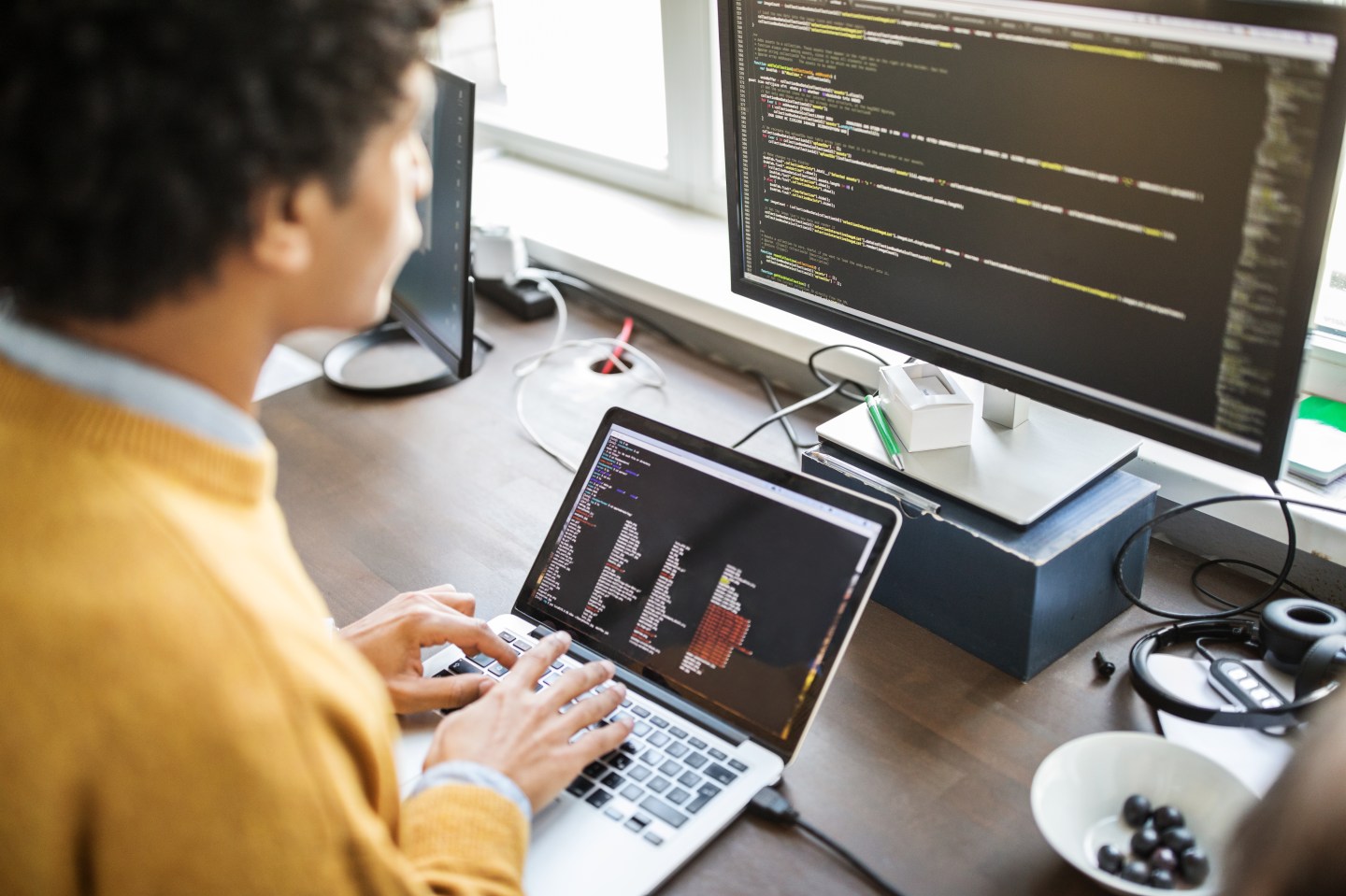 A tech company’s hiring freeze or layoff might be a financial institution’s opportunity to attract top talent.

“When you see that a company like Capital One had the most job postings during the month of June, I would say that’s a pretty good example of a type of company that historically would not be one of the top 10 employers for technology positions, but they may sense an opportunity that they can step in and hire where other companies are pulling back some,” says Tim Herbert, chief research officer at Computing Technology Industry Association (CompTIA). The global association provides vendor-neutral IT certifications.

With 13,774 job postings, the bank holding company Capital One is no. 1 on the list of U.S. employers with the most tech job postings in June, according to CompTIA’s analysis of the U.S. Bureau of Labor Statistics (BLS) jobs report released on July 8. Rounding out the top three are Amazon with 9,204 tech job openings, followed by Deloitte with 7,368. (Job postings don’t translate directly into open positions, as one job opening could be posted in multiple locations.)

Other tech giants like Netflix, and Twitter, have laid off staffers. Meanwhile, Meta and Intel have hiring freezes, and crypto companies like Coinbase have rescinded job offers. However, according to CompTIA’s report, technology industry companies added 20,300 net new workers in June, the 19th consecutive month of employment growth. The analysis found that for the first half of 2022, tech sector employment is tracking 59% ahead of the same period last year.

Companies that have announced layoffs and freezes over the past few months are “probably not fully representative of the broad base tech sector,” Herbert says. “In some cases, companies that have announced layoffs are also hiring,” he says. “So that’s pretty common in the tech space. Companies are simultaneously shifting workers potentially away from mature or slow growth areas into some of their emerging or fast-growth areas.”

CompTIA’s report found that companies across the economy added 160,000 core technology workers in June. According to the report, the unemployment rate for tech occupations fell back to 1.8%, compared to the overall national unemployment rate of 3.6%.

Regarding tech job postings in June, the finance and insurance industry had 65,929, coming in second to professional, scientific and technical services with 80,160 openings— “that’s where many of the tech companies themselves reside,” Herbert says. But “we have seen, and the data does confirm that the finance and insurance sector have increased their volume of job postings,” he says. “Finance has definitely moved up the ranks.”

I asked Herbert why he thinks this shift is happening. In the sector, there’s a focus on tech employees for digital transformation, but there is also “so much concern around privacy in cybersecurity,” he says. “That’s an example of a very specific skill set that many financial organizations want to beef up,” Herbert explains. “Data is another area that increasingly, there’s so much reliance. And the financial institutions that are best equipped to use data, and then increasingly rely on machine learning or artificial intelligence to help make sense of that data and turn it into something actionable, have such a significant competitive advantage.”

Companies in the finance and insurance sector are coming off the sidelines and seizing the moment. “They probably were a little wary of such a competitive hiring landscape over the past six months,” Herbert says. “Perhaps they’re not in the most glamorous industry sector, or they may not have quite the same name recognition. But now’s a great opportunity for some of those companies to compete for scarce tech talent.”

New research from The Myers-Briggs Company gauges workers' attitudes towards remote and hybrid working. The report includes an analysis of MBTI personality type, managerial support, and other factors. A finding of the research is gender differences when it comes to remote work. On three items, women surveyed viewed working from home more positively than men for the flexibility it provides. Women agreed more than men that they enjoyed working from home. Women were more likely than men to disagree that it's difficult to concentrate on work at home. And women were more likely to strongly disagree that the environment when working from home is too busy or noisy. The research also found that younger people tended to view their home working environment less positively. Meanwhile, according to the report, older people were more likely to find it challenging to make themselves heard if they joined a meeting by video. The findings are based on data from 443 people who completed an online survey in spring 2022.

Courtesy of The Myers-Briggs Company

A Wharton business journal article, How the Real Economy Gains — and Loses — with Better-informed Investors, delves into a recent study on how making corporate disclosures widely available benefits investors and companies. However, it could have unintended downsides.

George Hearn was promoted to SVP and CFO at Performance Food Group Company (PFG) (NYSE: PFGC). Hearn has served as VP and treasurer of PFG since joining the company in 2019, where he led treasury, shared services and corporate financial planning and analysis and previously led corporate tax. He began his career with General Electric, where he was a divisional CFO and key architect in a business line spinoff, later becoming CFO of that business.

"The Twitter Board is committed to closing the transaction on the price and terms agreed upon with Mr. Musk and plans to pursue legal action to enforce the merger agreement. We are confident we will prevail in the Delaware Court of Chancery."

— Twitter’s chairman Bret Taylor tweeted in response to Tesla CEO Elon Musk's announcement on July 8 that he would not move forward with the $44 billion acquisition of Twitter. Musk’s legal team wrote in a letter addressed to Vijaya Gadde, Twitter’s top lawyer, that he was “terminating” the agreement, accusing Twitter of making “false and misleading representations upon which Mr. Musk relied when entering into the Merger Agreement," Fortune reported.