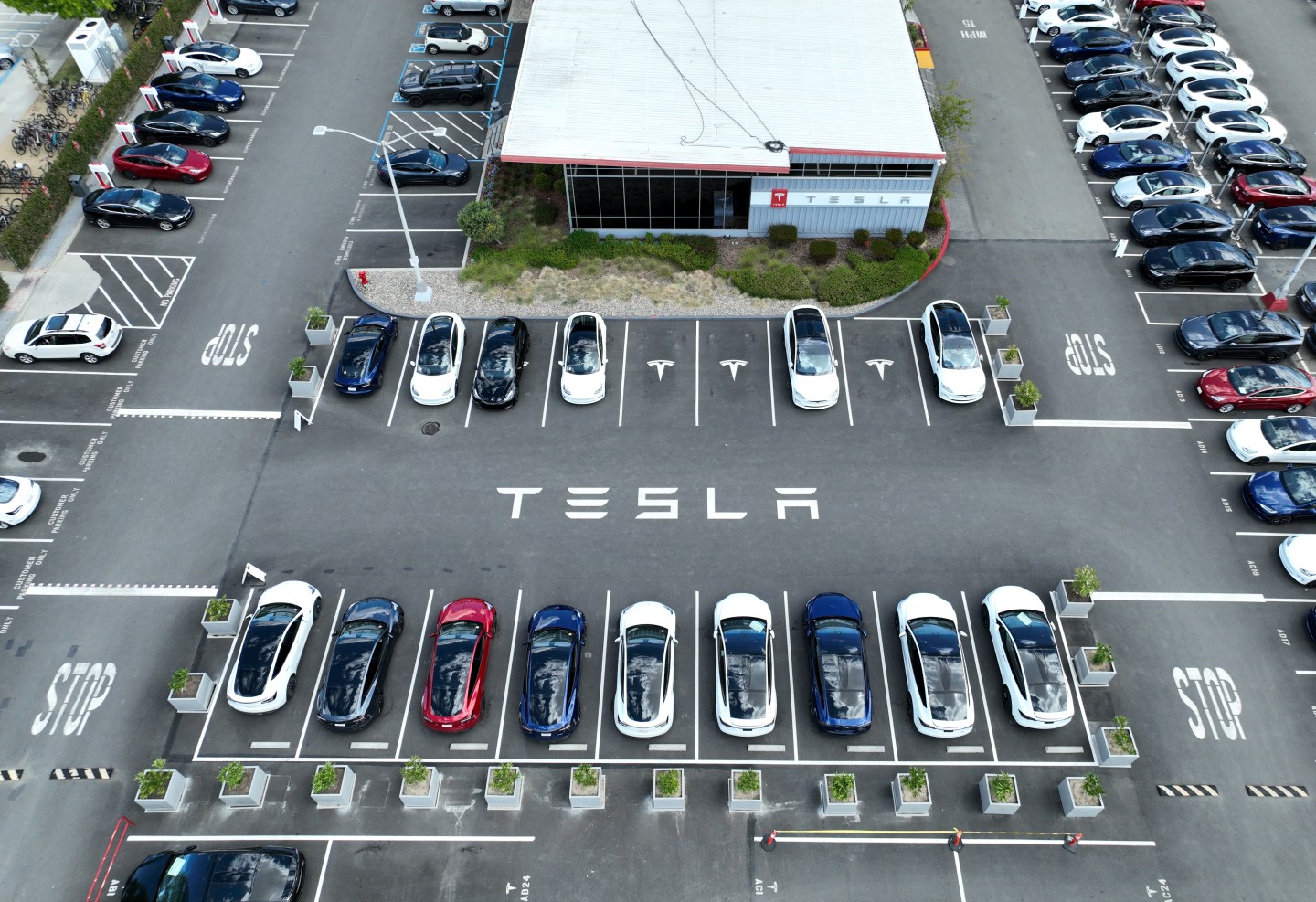 Tesla cars sit parked in a lot at the Tesla factory on April 20, 2022 in Fremont, Calif.
Justin Sullivan—Getty Images

Alameda County Superior Court Judge Stephen Kaus ruled Monday that the female worker who filed the complaint can proceed in court — even though she signed an arbitration agreement giving up her right to sue.

Kaus issued a one-sentence order denying the company’s request without explaining his reasoning.

Tesla has come under fire from shareholder activists who have pushed the electric-vehicle maker’s board, so far without success, to adopt more transparency about its diversity goals and use of arbitration to resolve complaints regarding sexual harassment and racial discrimination.

A federal law banning employers from forcing workers to arbitrate sex harassment claims was signed into law by President Joe Biden in March, but the measure doesn’t cover complaints before it was enacted.

Jessica Barraza said in a proposed class-action complaint that she experienced “nightmarish” conditions as a night-shift worker at Tesla, with co-workers and supervisors repeatedly making lewd comments and gestures to her. When she complained to supervisors and human resources, they failed to take action, Barraza said.

Tesla is facing separate suits by at least six other female employees over alleged sexual harassment.

David Lowe, an attorney representing Barraza, told Kaus at a March hearing that the arbitration agreement was unlawful and “unconscionable” under California law.

Tesla sought arbitration only for the allegations Barraza made under California’s employment discrimination laws, and not for her claims under a separate state law pertaining to labor violations.