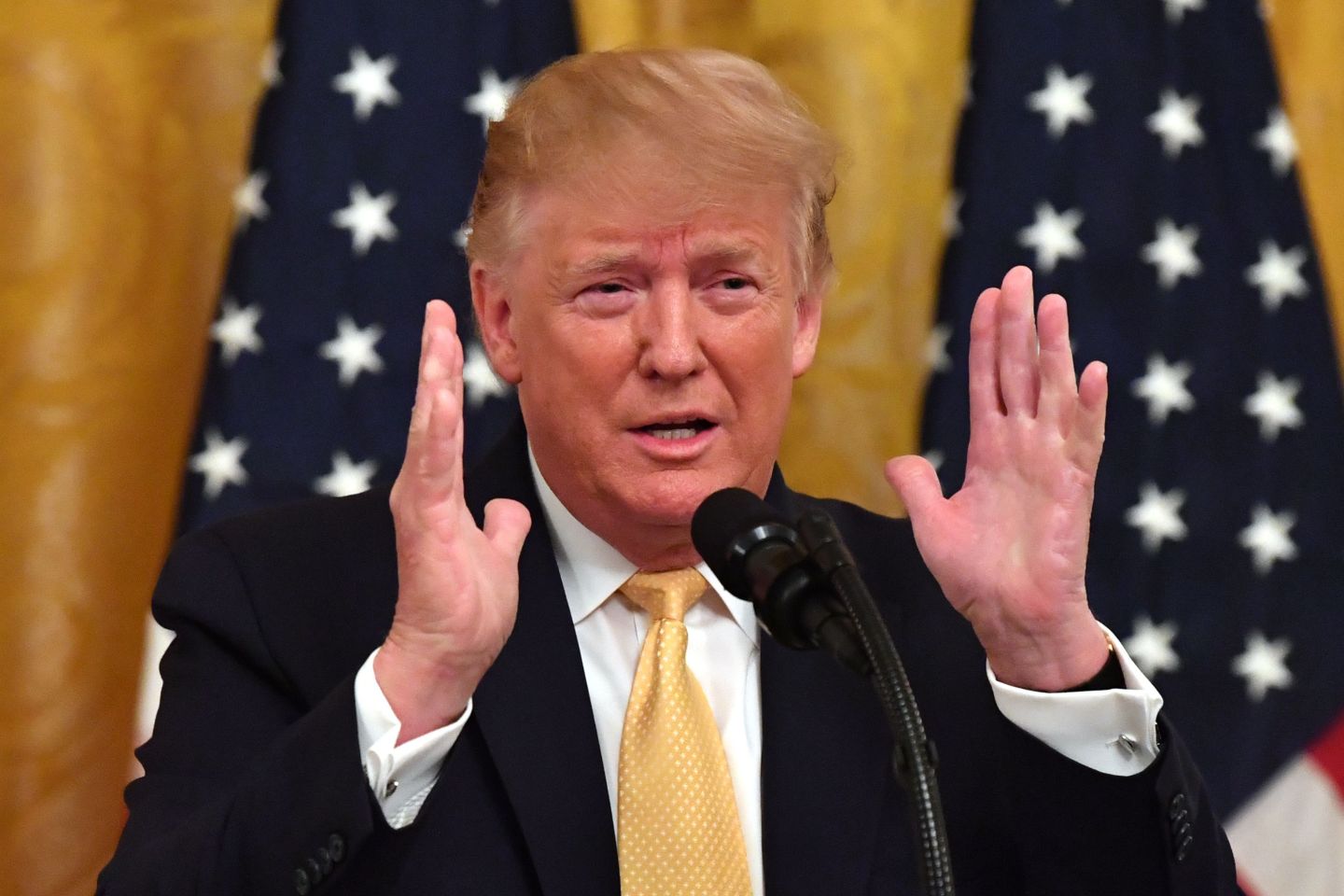 US President Donald Trump gestures as he speaks at the Presidential Social Media Summit at the White House in Washington, DC, on July 11, 2019.
NICHOLAS KAMM/AFP via Getty Images

Twitter shares might be taking it on the chin Monday, but the company that’s hoping to become the social media company’s chief competitor is soaring.

Shares of Digital World Acquisition Corp. are up 13% in midday trading Monday, at one point seeing gains of 24%. Digital World is the company that has agreed to merge with Donald Trump’s Truth Social, which Trump founded after he was permanently banned from Twitter.

Truth Social has been popular with Trump’s base and far-right Conservatives. And it has received notable media attention, as it has served as a platform for Trump during the Jan. 6 Committee hearings. But in terms of sheer users, it pales in comparison to Twitter, with an estimated 2 million active users compared to 300 million a Twitter.

Musk, late Friday, announced he was backing out of the $44 billion deal, citing the company’s alleged lack of transparency over the issue of bots on the site. Twitter, in turn, announced it planned to take Musk to court, hoping to force him to go through with the purchase.

Digital World is not without its own drama, however. In a June filing with the Securities and Exchange Commission, it said securities regulators are seeking additional documents and information about the proposed merger with Trump Media and Technology, which owns Truth. Specifically, authorities are interested in “communications regarding and due diligence of potential targets other than [Trump’s company].”

Last week, it was disclosed that Trump had reportedly left the board of Trump Media weeks before those subpoenas were issued, though Truth disputed this in a post.

“Any resolution of the investigation could result in the imposition of significant penalties, injunctions, prohibitions on the conduct of Digital World’s business, damage to its reputation and other sanctions against Digital World,” the company said in the filing.