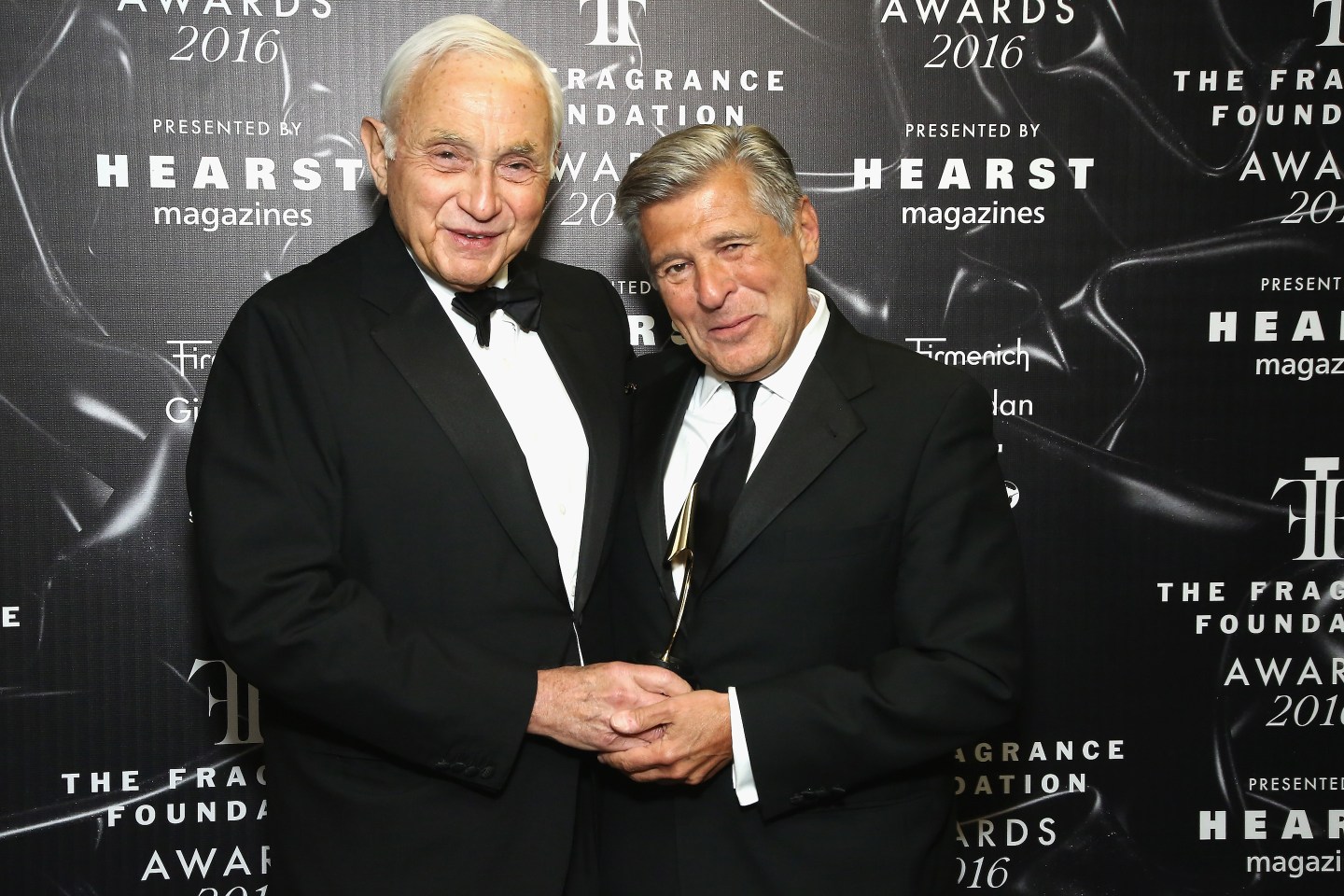 Victoria’s Secret, founded with the idea men should feel more comfortable shopping for the women in their lives, is trying to reframe itself as a brand that’s actually made with female customers in mind. But that’s a tough message to deliver when most of your management is male.

“There’s a big belief in the company that we need to evolve,” Victoria’s Secret Lingerie Chief Executive Officer John Mehas said during a question-and-answer period at the annual investor day on Tuesday at the company’s home base in Columbus, Ohio. “We need to be led by her, for her.”

That message, though, was almost entirely delivered by men—an optic that wasn’t lost on shareholders who raised the issue with Bloomberg News during a break. Of the 11 speakers during the L Brands event, excluding an introduction from Amie Preston from investor relations, just three were women. And only one gave a presentation: Amy Hauk, CEO of Victoria’s Secret’s Pink line.

One investor, who asked not to be named, said he and his peers were in Ohio trying to determine if the current leadership can pull off the brand revamp, especially since the management team is predominantly male. He called the shortage of women discussing the brand’s turnaround strategy as striking.

Pivoting to better connect with women

Victoria’s Secret has been trying to reconnect with customers who’ve increasingly turned to rivals that embrace female empowerment and diverse body types, like Aerie and ThirdLove, rather than Victoria’s Secret’s traditionally sexy and skinny aesthetic. That has hit comparable sales, a key retail metric, which have dropped for five straight quarters at the underwear chain.

To be sure, it has made some steps toward an overhaul: The company said in May it would pull its fashion show from network television after 23 years and Ed Razek, who crafted the chain’s annual event with the defining image of lingerie-clad models with angel wings, left over the summer. Earlier this year, activist investor Barington Capital Group LP pushed for changes and successfully nominated two new women to the board, bringing the share of female directors to more than 40%.

Still, the company has further to go in shaking its overtly sexualized legacy. The chain’s founder, Roy Raymond, originally came up with the idea of a women’s lingerie store aimed at men after he went to a department store to buy his wife some lingerie in the 1970s. He didn’t love the experience and felt there should be a place where men would be comfortable shopping for women’s underwear.

Wexner employed Epstein as a personal money manager for years, building a relationship close enough for Epstein to buy his Manhattan mansion before severing ties more than a decade ago.

“Being taken advantage of by someone who was so sick, so cunning, so depraved, is something that I’m embarrassed I was even close to. But that is in the past,” Wexner, 82, said in his opening remarks to investors.

For now, investors seem willing to wait a little longer to see if Victoria’s Secret can reverse a sales slump and revamp its outdated image. The lingerie brand is determined to wean itself off discounts and is in the early stage of a marketing overhaul to address customers’ evolving view of what’s sexy, according to presentations by the company’s executives.

L Brands shares rose on Tuesday, a sign that investors are giving the company the benefit of the doubt. The company was short on specifics, however, and the fact that its marketing is only in the early stages of being overhauled—despite years of losing market share—may eventually be a cause for concern.

Hauk acknowledged the company was “too slow to change” along with its customer base, adding that Pink has since had success slimming down inventory choices, refocusing on college students, leaning into sportswear and working to include more diverse models in its marketing. She sees the division’s athletic wear generating $1 billion in sales by 2022.

“We are committed to learning from some of the missteps,” she said.

At sister brand Victoria’s Secret, the turnaround plan isn’t quite so defined. “Amy and the team are a little further ahead than we are,” Mehas said of the marketing overhaul. “I think there’s a willingness and a very big opportunity going forward.”