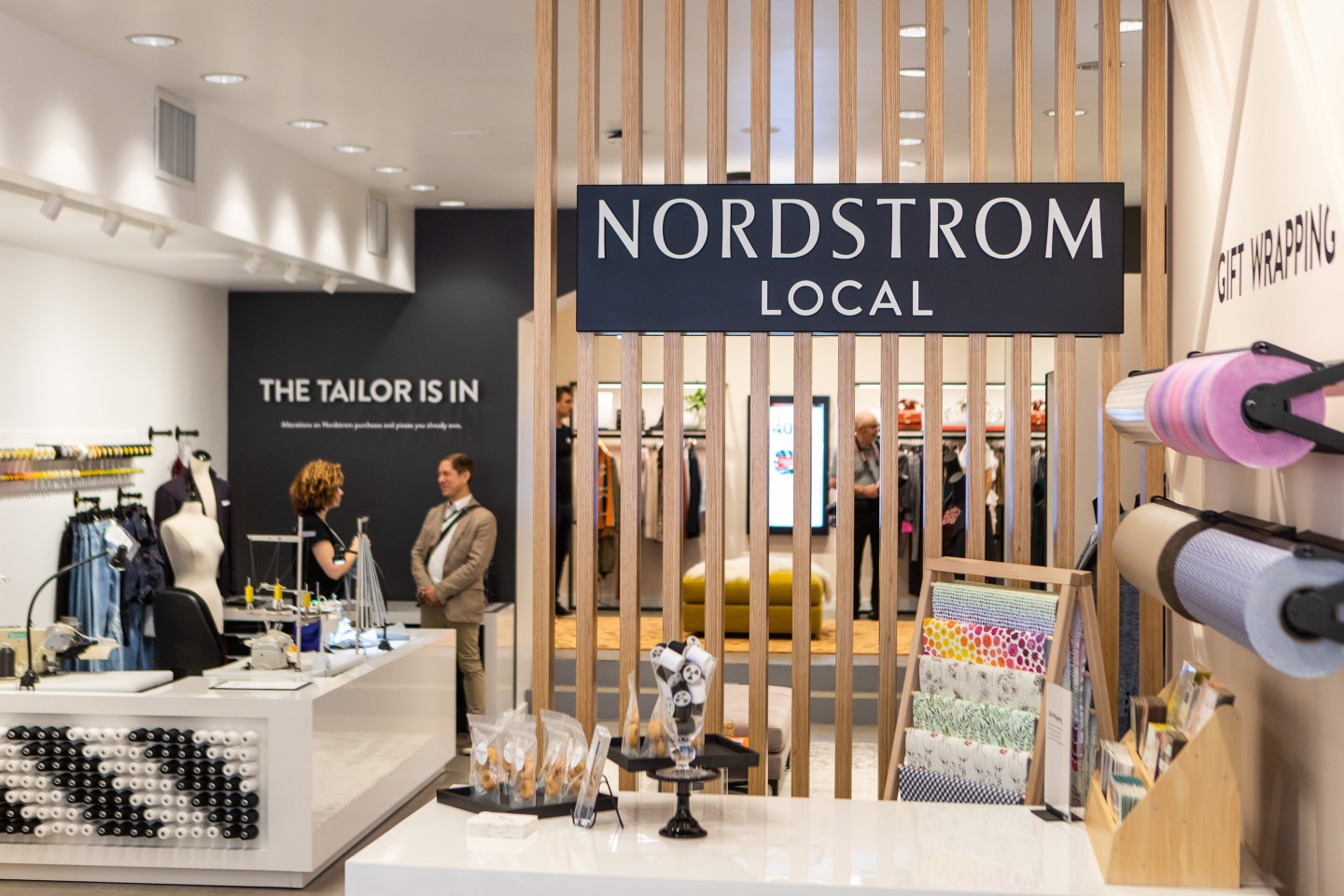 Nordstrom Inc. is trying an unusual approach to get busy New York City shoppers in its doors: Letting them return merchandise they bought online—from other retailers.

The department-store chain, which opens two Nordstrom Local concept stores in Manhattan this month, will accept merchandise returns from rivals like Macy’s Inc. and Kohl’s Corp. in the new small-format locations, regardless of whether Nordstrom carries the same item. Returns can be a pain point for both the customer and retailer, and shoppers want a convenient way to drop off unwanted items, said Jamie Nordstrom, president of Nordstrom stores.

“Once the customer decides they want to return something, they want it to be as convenient as possible,” he said in an interview at the new Upper East Side local store, which opened Thursday.

In fact, for retailers, not handling returns quickly enough could result in a missed opportunity, he said.

“We’re in the fashion business, and unlike wine, fashion doesn’t get better with age,” Nordstrom said. When customers hold on to items they don’t want for long periods of time, it prevents retailers from ultimately re-selling those shoes or blouse to other shoppers. “Each day that goes by is a lost sale potentially, and it’s another customer out there that won’t be able to get it,” he said.

Accepting rivals’ returns isn’t a totally new concept: Kohl’s has been allowing Amazon.com Inc. returns in its stores nationwide since July. But it’s a newer move for Nordstrom. The new local Nordstrom in New York will also offer services like shoe repair, charity drop-offs for used items, and stroller cleanings, in a bid to get customers in stores, whether or not they’re buying.

The company, which already operates three stores under the new format in California, is also opening its Manhattan flagship location next month, after planting a men’s wear store last year in the city.

The focus on services is part of the upscale department store’s strategy to win over picky New York shoppers as it makes a big push into the competitive retail market. The 1,800-square-foot location on the Upper East Side sells scant merchandise; instead, customers can book appointments online for styling consultations. The company will measure the success of the location by the market share it’s able to pick up, and not by sales-by-square-foot, a traditional retail metric, Nordstrom said.

“In New York you have more choices than probably anywhere else in the world on where to buy stuff,” Nordstrom said. “Everything that we sell, you can buy lots of different places. Our service offering and focus is on engagement and convincing the customer that we’re a better alternative.”