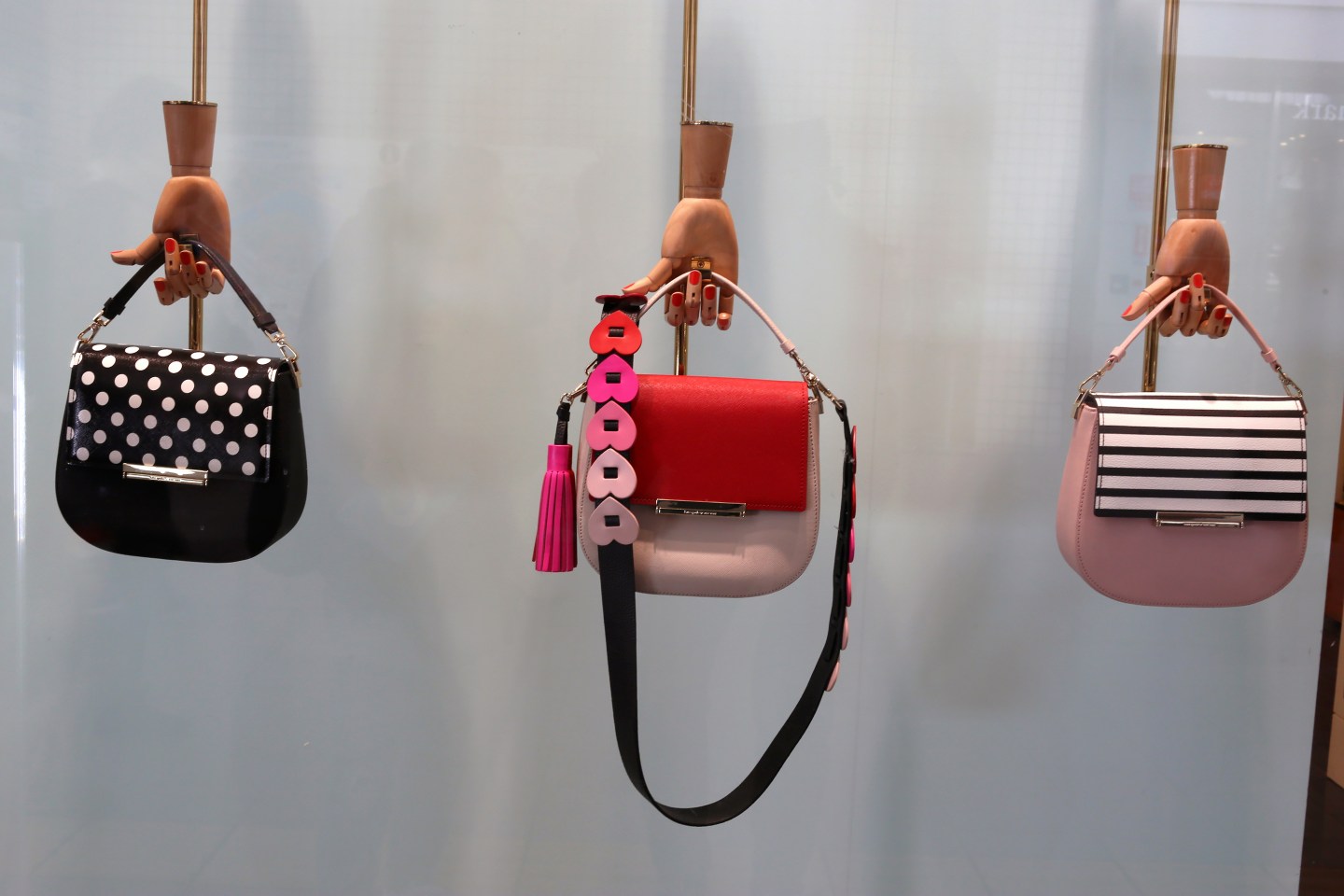 Investors in Tapestry Inc., the collection of luxury brands mired in a share slump, are being too quick to discount the potential of the beleaguered Kate Spade brand, according to newly minted Chief Executive Officer Jide Zeitlin.

The maker of handbags, shoes, and accessories has been a source of headaches for the company, with Tapestry stock falling 22% on Aug. 15 after Kate Spade fell well short of estimates in the most recent quarter. The company suffered a rash of downgrades as a result. Randal Konik, an analyst at Jefferies, said in a note to clients on Wednesday that Kate Spade remains a “major problem” for Tapestry and predicted the brand would continue to drag on results.

Zeitlin, who this week added Tapestry’s CEO role to his duties as chairman, said Tapestry’s internal research paints a different picture. Customers have “a lot of emotion, a lot of connectivity” for the brand, he said in an interview Wednesday.

“I’m not sure on what basis someone would say Kate Spade is not a strong brand,” Zeitlin said. He acknowledged that Tapestry has to do a better job of following through with its strategy for the brand.

Tapestry said in August that it had “launched a new creative vision” for the fashion line by introducing new designs, including cross-body bags and backpacks. It’s also taking over Kate Spade’s footwear operations, which had been licensed to Steve Madden Ltd.

“We have said in the past, and I will reiterate it here, that this is a business that can and should be a $2 billion-plus revenue opportunity,” Zeitlin said. Kate Spade’s sales were $1.37 billion in fiscal 2019, which ended in late June.

Zeitlin replaces Victor Luis as CEO. Luis took over as CEO of what was then Coach Inc. starting in 2014, and oversaw the acquisition of Kate Spade for $2.4 billion 2017.

Investors cheered the management change, sending Tapestry shares up as much as 5.4% to $21.54 on Wednesday.

However, since the start of 2014 and through Tuesday’s close, Tapestry shares were down more than 60%. That’s among the worst performances in the S&P 500 Index.

Zeitlin, 55, becomes one of about a half-dozen black CEOs at S&P 500 companies. He is the son of a Nigerian domestic worker who was adopted by an American family and became an executive at Goldman Sachs after earning an MBA from Harvard.

Tapestry, which also owns Coach and Stuart Weitzman, remains focused on its multibrand strategy, Zeitlin said. He added that the company’s plan is sound, but “there have been some hiccups” as the company implements it.

He said his experience outside of fashion gives him a unique perspective, in terms of “knowing the business but still being able to bring a fresh set of eyes to a lot of the discussions.”

Tapestry also named Susan Kropf as lead independent director and reaffirmed it intends to return $700 million to shareholders with dividends and buybacks.