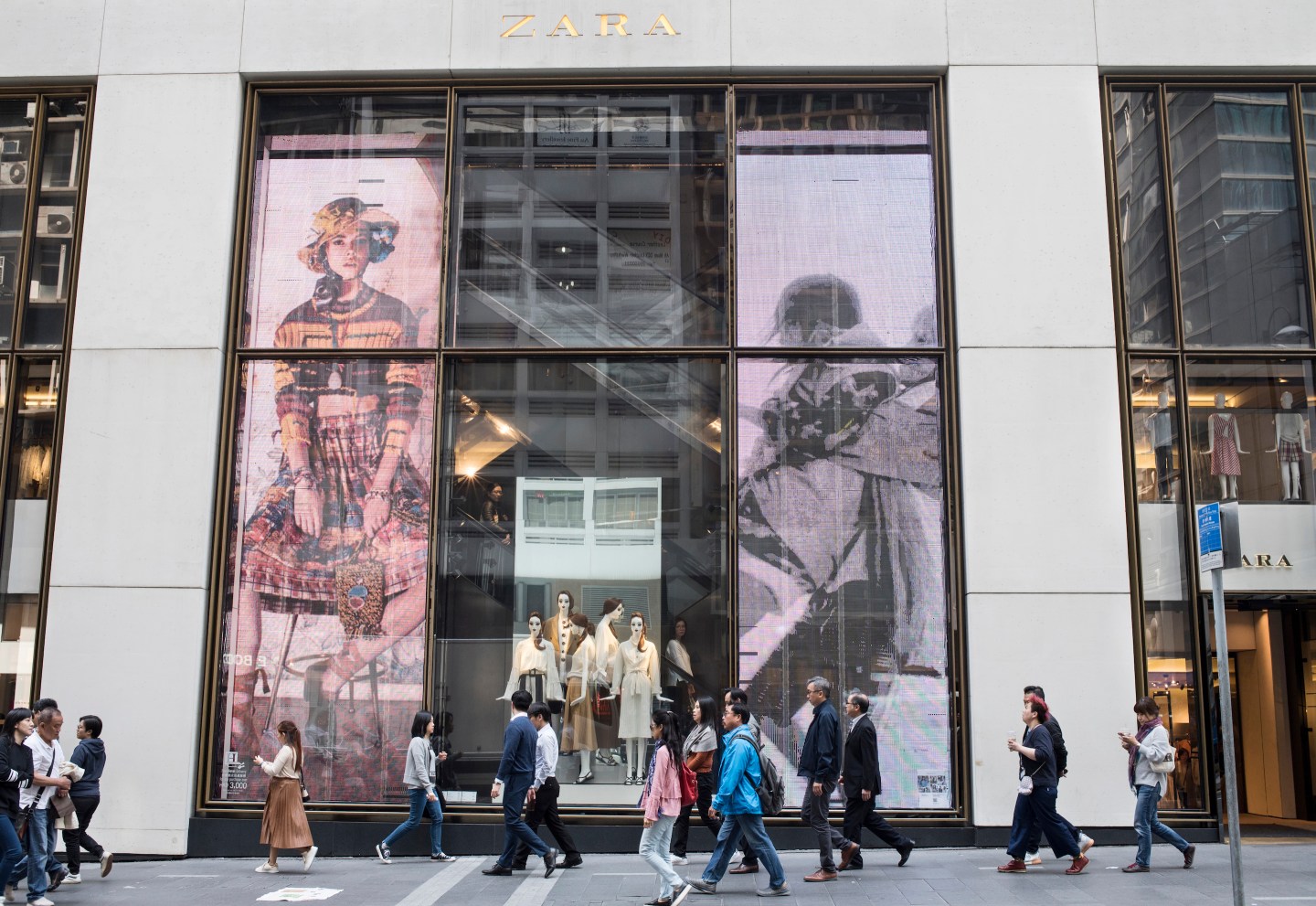 Fast-fashion giant Zara has denied speculation on Chinese social media that its employees were supporting anti-Beijing protests, during which some of the retailer’s store operations on Monday were disrupted.

However, at the same time, the Spanish retailer emphasized its support for Hong Kong being governed separately from China’s mainland, a system in place since 1997 when the the island reverted to Chinese rule, after being a British colony for 156 years. Protesters are rallying in support of this system.

“Zara has never made any comments or undertaken any actions related to a strike in Hong Kong,” the company said in a post on its Weibo account. “Zara does not back a strike and supports ‘one country, two systems,”’ the post said, referring to a general strike called by unions as part of the pro-democracy protests.

Multinational businesses are becoming increasingly ensnared in the volatile conflict that’s morphed from a protest against an extradition law into a broader challenge to Beijing’s authority in the city. Likewise, because of the crowds of protesters in commercial neighborhoods, business at retailers is being drastically affected.

Cathay Pacific Airways, Hong Kong’s biggest carrier, faced heavy pushback from China after its staff joined the demonstrations, while companies, ranging from HSBC Holdings Plc to PwC, have been the subject of online speculation over their positions on the protests, which have rocked the city for almost three months.

Zara, owned by Spanish fashion conglomerate Inditex SA, seems to have been targeted after Chinese social media users noticed several of its Hong Kong stores were closed on Monday. Speculation spread that it was because staffers were taking part in the general strike.

All 14 Zara stores in Hong Kong opened that day, the company said in an emailed comment, although four sites did so later than usual because transport disruptions delayed employees’ journeys to work.

State-run tabloid Global Times said in an editorial earlier that regardless of the reason for its store closures, Zara should not “broadcast any suspicious signals like this at a time when Chinese society is being troubled” by the incidents in Hong Kong.

The newspaper’s English website said the brand was facing a boycott by Chinese consumers due to the incident, but the topic was not among the top-trending among internet users on Weibo, a social media platform similar to Twitter, as of Tuesday morning.

Adding confusion to the overall Hong Kong situation, President Donald Trump seems to be conflating the reasons for the protests with the U.S.-China trade war, which he instigated. His remarks come amid Trump further increasing U.S. tariffs on Chinese imports, which are ultimately paid by U.S. businesses and, in turn, are reflected in higher prices for American consumers. Chinese officials last week said they have no immediate plans to retaliate against the latest U.S. tariff actions.