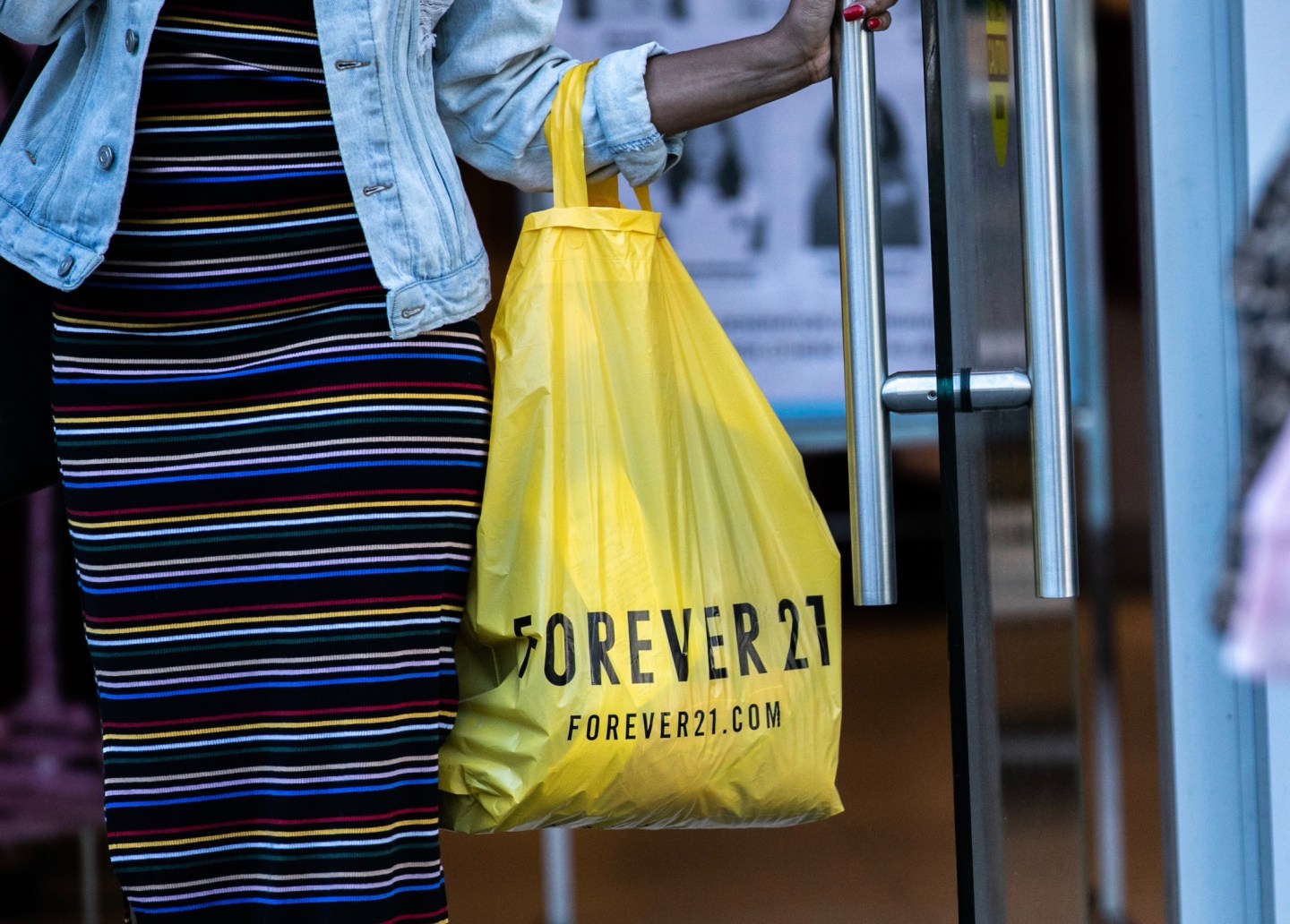 Forever 21 Inc. is preparing for a potential bankruptcy filing as the fashion retailer’s cash dwindles and turnaround options fade, according to people with knowledge of the plans.

The company has been in talks for additional financing and working with a team of advisers to help it restructure its debt, but negotiations with possible lenders have so far stalled, the people said. Focus has thus shifted toward securing a potential debtor-in-possession loan to take the company into Chapter 11, they said, even as some window remains to strike a last-minute deal that keeps it out of court.

Representatives for the Los Angeles-based company didn’t respond to a request for comment.

A bankruptcy filing would help Forever 21 shed unprofitable stores and recapitalize the business, said the people, who requested anonymity discussing private negotiations. Yet it could also be problematic for the country’s major mall owners, including Simon Property Group Inc. and Brookfield Property Partners LP. Forever 21 is one of the biggest mall tenants still standing after a wave of bankruptcies in the retail sector.

If the chain were to close a significant number of stores as part of the restructuring, its landlords could have trouble filling the vacancies. Indianapolis-based Simon counts Forever 21 as its sixth-largest tenants excluding department stores, with 99 outlets covering 1.5 million square feet, according to a filing as of March 31.

Co-founder Do Won Chang has been focused on maintaining a controlling stake in Forever 21, which has limited fundraising options.

A faction of company officials, without the approval of Chang, had asked its biggest landlords to consider taking a stake in the retailer amid a disagreement within its leadership, Bloomberg previously reported.

Any pullback by the company could add to pressure on retail landlords, who are already reeling from rising vacancies as stores have gone bankrupt, sold off outlets or both. This year, Payless Inc. elected to liquidate its North American operations, while Ascena Retail Group Inc. decided to wind down its Dressbarn clothing chain. The industry shakeout has left shopping centers and Main Streets pocked with empty storefronts.

Earlier this month, Bloomberg also reported Forever 21 officials were scrambling to line up additional financing as cash to pay vendors and landlords dwindled to a critical level, according to people with knowledge of the matter.

The clothing retailer has been in discussions with potential lenders for financing, including a so-called FILO loan, said the people, who asked for anonymity discussing a private matter. Fresh cash is key as Forever 21 heads into the period for building holiday inventory while its business is struggling, the people said.

Named after the “first-in, last out” accounting method for inventory, FILO loans are senior debt backed by a company’s inventory and other assets and supplement the so-called asset-based loans retailers use for their primary needs.