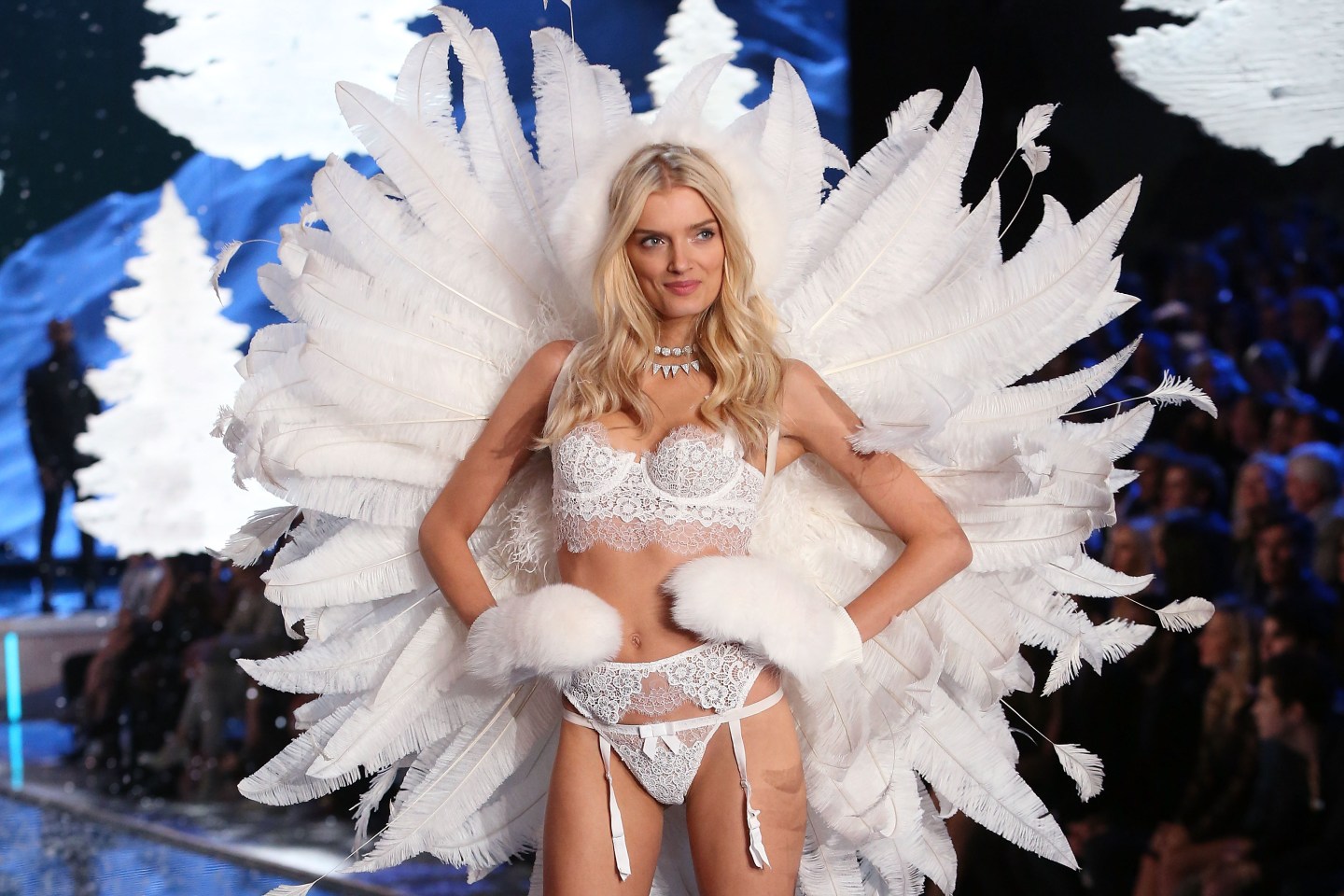 The 2015 Victoria’s Secret Fashion Show is ready for broadcast on Tuesday, with the Angels set to give the mid-tier lingerie brand its biggest PR push of the year to a television audience of millions.

The event, which once broke the Internet after millions tried to watch the show online (for fashion tips, no doubt), will again feature the famous Angels strutting around in outrageous lingerie (diamond-encrusted brassieres, anyone?) to the music of the hottest pop stars of the day. (Everyone from Nicki Minaj to Taylor Swift to Maroon 5 have performed at the Fashion Show.)

The show—which was filmed last month at New York’s Lexington Avenue Armory and featured performers Selena Gomez and The Weeknd, as well as Kendall Jenner and Gigi Haddid on the runway—is an important part of L Brands’ (LB) efforts to keep its Victoria’s Secret brand at the center of pop culture.

While some might sniff that Victoria’s Secret is to lingerie what Gap (GPS) is to haute couture, the Fashion Show remains a cultural touchstone (though a shrinking one: last year 9.1 million people watched the show, down from 9.7 million a year earlier.)

But despite the audience dip, Victoria’s Secret sales are growing. The brand last year generated $836 per square foot at its U.S. stores, a performance worthy of a luxury brand (as a point of comparison, J.Crew’s sales per square foot was $588 in the last year, according to eMarketer), even as it continues to open stores.

And each store generates more and more money, proving that expansion, and Victoria’s Secret’s e-commerce push, is not cannibalizing store sales.

Beyond the titillation of the show, L Brands’ push to keep Victoria’s Secret growing is centered on international expansion and on its Pink brand of lingeries aimed at teenagers.

It may be fluff, but the fashion show pays off each year.