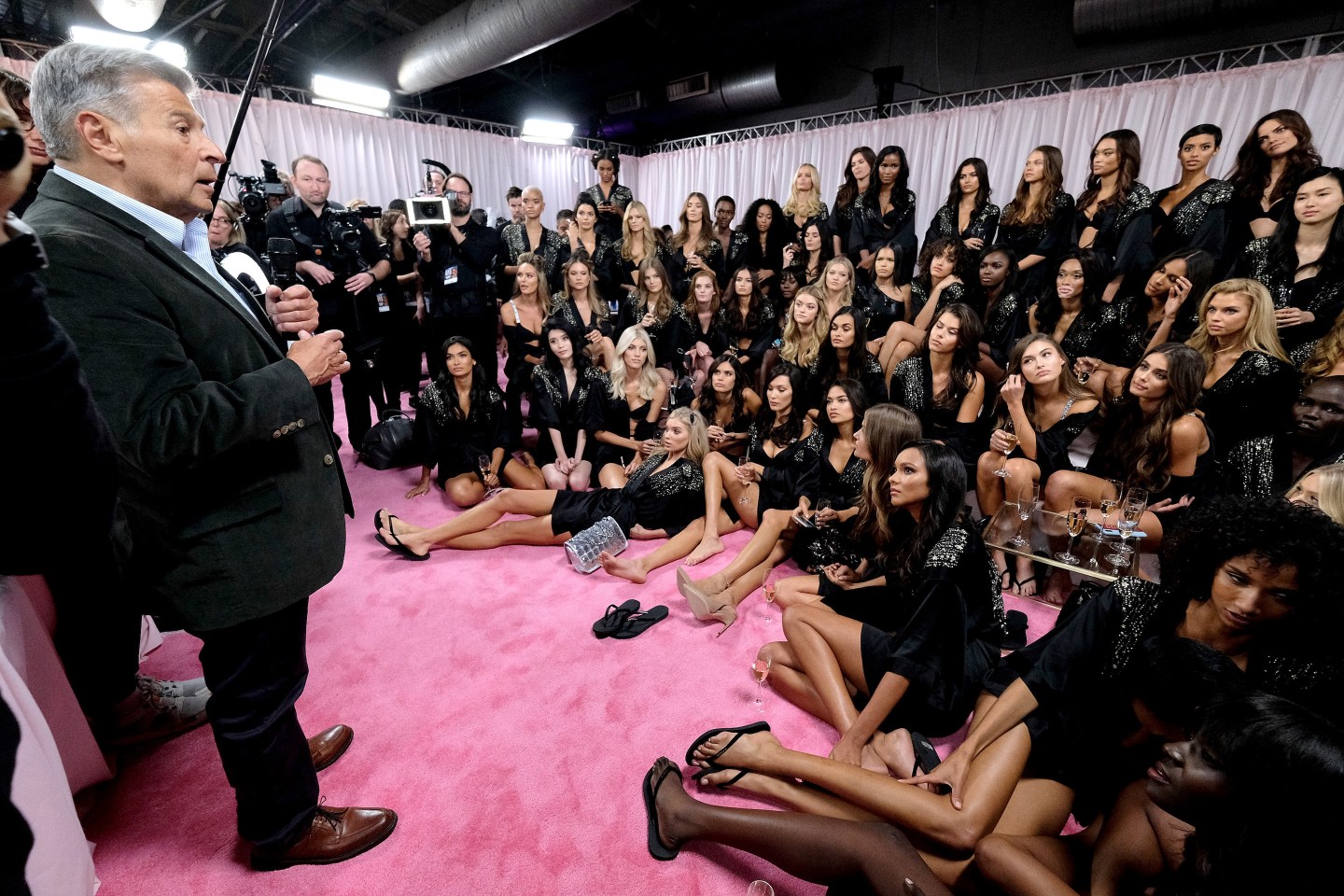 Victoria’s Secret’s top marketing executive is leaving the lingerie seller amid a flurry of controversy.

Ed Razek, who crafted the chain’s defining image of lingerie-clad models with angel wings, will step down from his role at parent L Brands Inc. this month, CEO Les Wexner said in an internal memo to staff on Monday.

“With the exception of Les, I’ve been with L Brands longer than anyone,” Razek said in a note to employees, adding he recently told Wexner he wanted to retire. “It was a tough conversation to have because, as some of you must know, we have shared so much together for so many years.”

Razek, 71, did not immediately respond to a request for comment. Ed Wolf, a senior vice president, will fill the vacancy left by Razek’s departure on an interim basis at the parent L Brands, while Bob Campbell will assume his responsibilities at Victoria’s Secret.

Victoria’s Secret still holds 24% of the $13.1 billion U.S. women’s underwear market, according to Coresight Research. It has struggled in the past few years, however, losing market share to e-commerce competitors like ThirdLove and American Eagle Outfitters Inc.’s Aerie line.

Its competitors have gained ground by using body-positive marketing geared at a wider array of women and body sizes. The impact is clear: L Brands said in February it planned to close more than 50 Victoria’s Secret stores this year.

The turmoil extends beyond the chain’s sales performance, however. Victoria’s Secret portrayal of women is under greater scrutiny due to Wexner’s past relationship with convicted sex offender Jeffrey Epstein, who was at one time the CEO’s close friend and financial manager. Razek had past ties with Epstein as well.

Razek, who has worked for Wexner and L Brands since 1983, was a longtime champion of Victoria’s Secret’s annual fashion show, which was first held at Manhattan’s Plaza Hotel in 1995. It grew into a televised spectacle starring the company’s “Angels,” who don wings in their underwear and strut the runway as pop stars perform live.

Last November, Razek and the fashion show became embroiled in controversy when the executive said in an interview with Vogue magazine that he would not put transgender models on his runway. (This week, the retailer announced its first transgender model hire, Brazilian model Valentina Sampaio.)

Celebrities and customers have called for Razek’s resignation and the brand’s CEO Jan Singer left her job in the aftermath. The lingerie label recently hired its first transgender model for a photo shoot.