Victoria’s Secret Trademarks a Twist on a Rival’s Name. Will It Backfire? 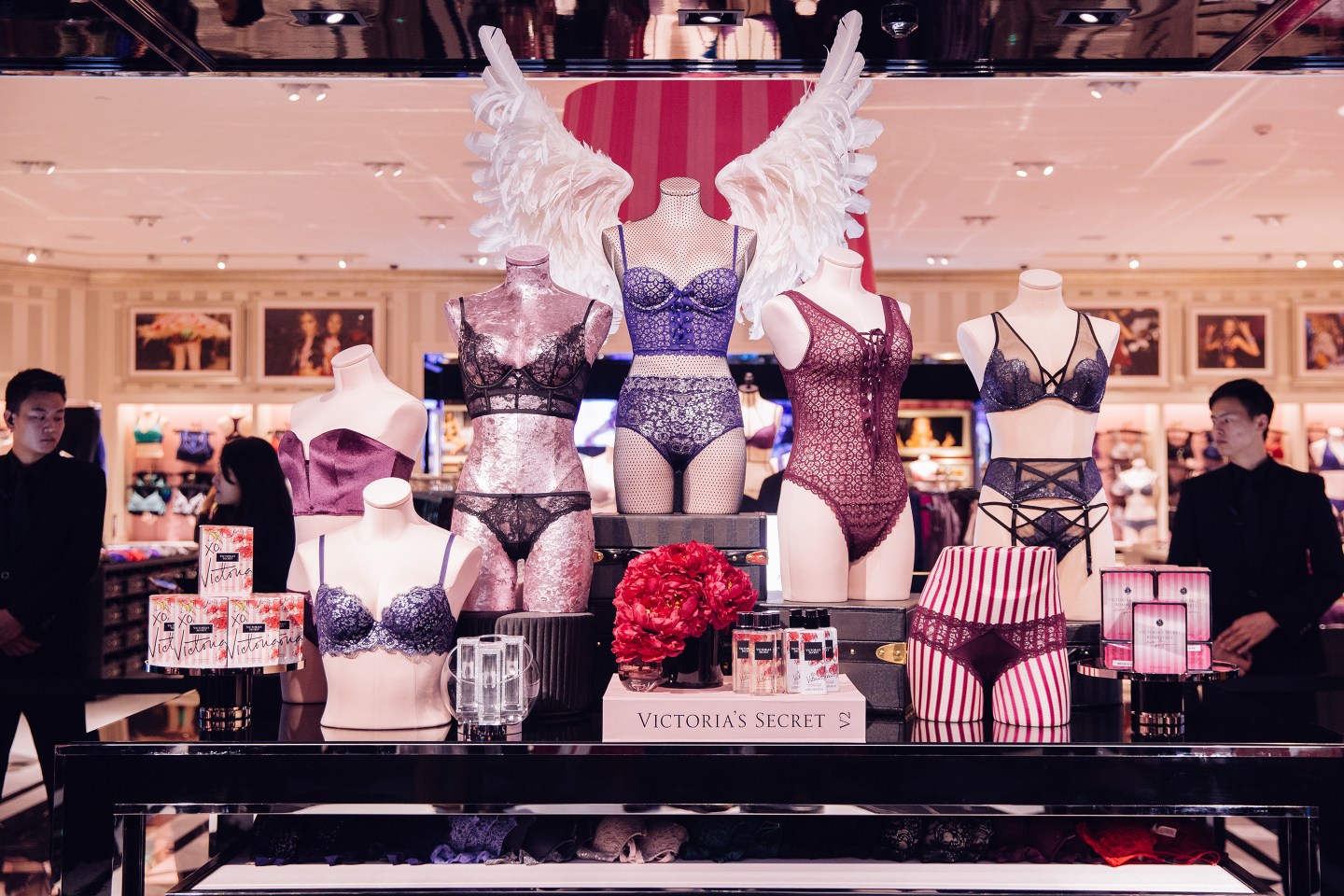 Parent company L. Brands Inc., sought two trademarks for the name “Victoria’s Secret First Love.” While It succeeded in securing the rights for beauty products, it failed to trademark the phrase for clothing, since First Love was already taken by a New York garment manufacturer, according to a Dec. 22 decision by the U.S. Patent and Trademark Office.

“Really, why are they doing this?” wonders Gerben, in a Fortune interview. “It is unusual that a company would make a trademark filing that arguably is a play on a competitor’s name…This is taking it a lot farther than a lot of companies would actually go—especially a company as big as Victoria’s Secret.”

Victoria’s Secret remains the queen of the lingerie runway, in spite of recent stumbles on the catwalk. Comparable store sales in 2018 were up a respectable 6%, but short of the 2017 gain of 8% against the prior year, according to L. Brand’s latest financials filed with the Security and Exchange Commission. And after poor holiday sales, the retailer is closing 53 North American stores this year as opposed to its annual average of 15.

Still, as of February, Victoria’s Secret maintained 1,143 stores in the U.S. and Canada, and 79 in the United Kingdom, Ireland, and China. The business sold a weighty $7.8 billion in lingerie during 2018.

Nevertheless, the bra and underwear upstart, in its sixth year, is growing. It attained a $750 million valuation in February after a successful $55 million funding round.

ThirdLove’s all-inclusive lingerie niche features diverse models of all body types, and sells 78 bra sizes (with bands ranging from 30–48″ and cup/half cups from AA—I). In contrast, as Victoria’s Secret chief marketing officer Ed Razek summed up in a November Vogue interview, “we market to who we sell to”—sizes 30A—40DDD—”and we don’t market to the whole world.”

This controversial interview, in which Razek rebuffed the idea of featuring transgender models in his “fantasy” runway show, also featured his first public jab at ThirdLove, and a hint of the two trademark applications. “We’re nobody’s third love,” he said. “We’re their first love. And Victoria’s Secret has been women’s first love from the beginning.”

L. Brands had actually applied for the Victoria’s Secret First Love trademark seven days before the Vogue article was published, which according to Gerben means the company signed documentation indicating bona fide intent to create lines of apparel and beauty products under that name.

“Making fun [of a rival] is one thing,” Gerben says. “But it’s another to say ‘we’re going to launch a product line.'”

With U.S. trademark application fees costing $275, Gerben explains the real cost to L. Brands would have been the internal approval process for such a large company. It’s difficult to say at this point whether Victoria’s Secret’s trademark strategy was worth the return on investment.

“This is David versus Goliath, and Victoria’s Secret has a whole lot more to lose,” Gerben says, pointing to recent headlines ThirdLove has accumulated. “As someone who represents small businesses, we would love this kind of press from a large company. They might not be able to pay for this if they wanted.”

Victoria’s Secret and L. Brands didn’t respond to Fortune’s request for comment, while ThirdLove replied by directing Fortune to the full-page ad it took out in the New York Times in November as a response to Victoria’s Secret’s initial barb.

We are inspired to see that the conversation around inclusion and diversity has continued. In light of these conversations, we knew it was time to do more and make our voice louder pic.twitter.com/zZtoC8ep1o

“We are flattered for the mention, but let me be clear: We may not have been a woman’s first love, but we will be her last,” ThirdLove co-founder and co-CEO Heidi Zak wrote. “ThirdLove is the antithesis of Victoria’s Secret.”

Zak, who has been featured in Fortune’s “40 Under 40” continued, “Your show may be a ‘fantasy’ but we live in reality. Our reality is that women wear bras in real life as they go to work, breastfeed their children, play sports, care for ailing parents, and serve their country.”

Although L. Brand was approved to create Victoria’s Secret First Love products for “body wash; body lotion; perfume; lip gloss; [and] facial masks” without contention, it’s made no announcements when it might launch a line of products under the name.

“Victoria’s Secret has six months from April 23 to file proof that it is selling the goods listed in its application,'” says Gerben. “If the company cannot meet this deadline it can file extensions to this requirement for up to three years.”

Hopefully, this perplexing feud has a shorter shelf life.