Victoria’s Secret Has Another Challenger 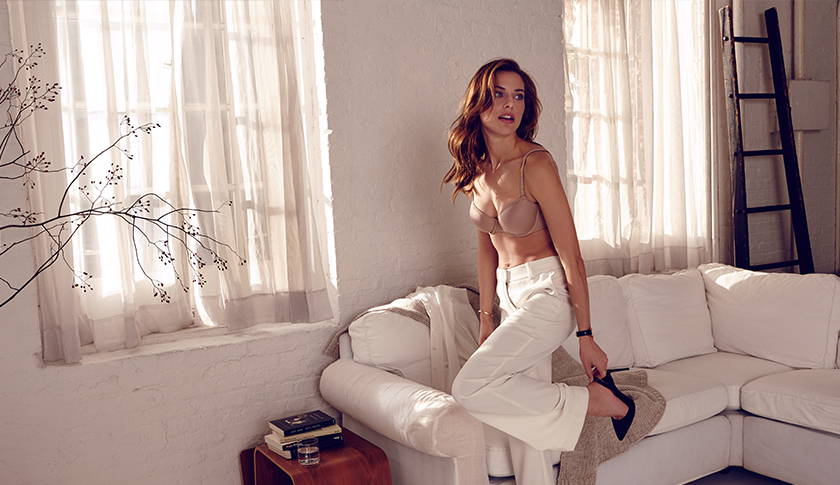 The hunt for a well-fitting bra just got a lot easier. Instead tackling the crowds and throngs of women at Victoria’s Secret, I recently tried out a new service from Silicon Valley upstart ThirdLove that lets women shop and get fitted for lingerie from their home.

The beauty of ThirdLove is using the company’s mobile app that measures women’s bra sizes without having to visit a store. The app requires you to strip down to a bra and tank top, and take several photos of yourself in front of a mirror.

Within seconds of submitting the photos, ThirdLove’s app presents you with your size and shows you all the available bras that fit you. All bras sold through the service are manufactured and designed by ThirdLove.

What makes the bra selection different from Victoria’s Secret is that ThirdLove offers half-cup sizes, which allows for an even more customized fit. Half-sized bras account for more than one third of all bras sold in the A-E range of cup sizes, says Heidi Zak, who co-founded the company with her husband, Dave Spector.

On average, a woman purchases new bras once per year, but the average ThirdLove customer buys a second bra within just 45 days, she explained. Third Love doesn’t save any of the pictures that its customers take to avoid any privacy concerns, explains Zak.

On Tuesday, ThirdLove announced that it had raised an additional $8 million in funding led by New Enterprise Associates, with participation from a number of former retail executives including Laurie Ann Goldman, the former CEO of Spanx; Lori Greeley, the former CEO of Victoria’s Secret Stores; John Hamlin, the Chairman of REI, and Barry Sternlicht, the founder of Starwood Hotels. This brings the company’s total funding to $13 million.

In addition to selling through its online app and web store, ThirdLove has also inked a deal to see its bras through Bloomingdales.

However, challenging the giant in the bra and undergarments, Victoria’s Secret, is no easy task. Victoria’s Secret’s 20015 revenue was estimated to be $7.6 billion, up from $7.2 billion in 2014. It has a huge marketing budget, stores across the country, and an online operation plus mobile apps. ThirdLove declined to reveal its revenue but said growth increased by 400%.

For more about online retail, watch:

ThirdLove’s approach to providing an app for fitting and sizing could pay off, said Zak. Greeley, who served as CEO of Victoria’s Secret Stores until 2013, said of the startup’s ambitions, “ThirdLove is breaking through industry norms to create bras that simply are a better fit and more comfortable throughout the day than what women currently have in their lingerie drawers.”

Adding to Greeley’s optimism, the bra market was estimated at a massive $15 billion in 2015. If ThirdLove grabs a small part of that, it’s still a significant business.

Up next, says Zak, is the expansion into other retail department stores and more investment in the company’s fitting technology.

As for me, it took exactly seven minutes for me to be fitted, choose a bra and checkout, plus the site offers free shipping…and everything fit fine.