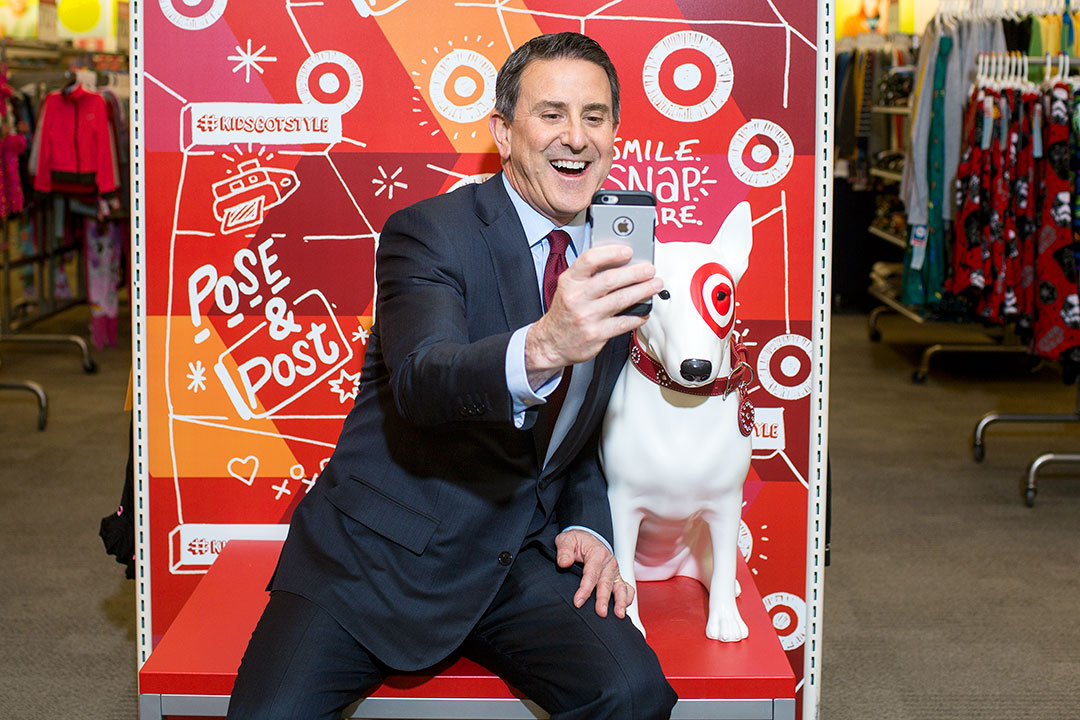 Target (TGT) thinks it has found just the thing to get sales going again: a plan to act more like the discount mass retailer it always has been.

The retailer, long beloved for its ability to be hip yet inexpensive, last month reported its first quarter of declining comparable sales since mid-2014, in a setback for CEO Brian Cornell’s turnaround ambitions.

The weak sales, which contrasted with a jump at arch-rival Walmart (WMT), have raised concerns that Target has already picked many of the low-hanging fruit in its retooling efforts, and that future improvements will be much harder to produce.

Indeed, even Target isn’t expecting a quick return to form. The midpoint of Target’s holiday quarter forecast, the busiest time of the year, calls for a 1% decline in comparable sales. Wall Street seems to be losing faith in the company’s turnaround: shares are down 19% off their 52-week high.

Target’s present-day challenges reflect a number of problems, some of them self-inflicted: a grocery overhaul that failed to attract shoppers; the sale of its pharmacy business to CVS Health, which cost it a ton of shopper traffic; a very price-aggressive Walmart; slowing e-commerce growth; too big a bet on Apple products in the absence of anything new and hot; and a lot of changes in its c-suite.

But arguably Target’s biggest misstep has been downplaying its low prices in relation to its cool factor.

Lured for years after the Great Recession into competing on price with Walmart (WMT) and Amazon.com (AMZN), Target ended up overemphasizing that aspect of its brand identity. So when Cornell, a former top PepsiCo (PEP) executive and Sam’s Club CEO, took the reins two years ago, one major goal of his plan was to restore Target’s “Tar-zhay” cachet with shoppers, a cheap-chic aura bolstered over the years by cool home goods like Michael Graves teapots and collaborations with designers like Missoni.

To course-correct, Cornell has overseen big improvements, including the department-store-like installation of mannequins to better showcase clothes and the presentation of housewares in home-like environments. Those have yielded strong results: the company says comparable sales in apparel are up 20% to 30% for collections shown on mannequins, helping Target win market share in a tough segment, while home goods last year had their best performance in a decade.

In addition, Cornell planted Target’s flag in what he calls “signature” categories like babies’ and kids’ items, wellness products and stylish clothes and housewares.

But those categories generate only one-third of Target’s annual sales. What about the rest, which come from items like detergent and dishwashing liquid? They are far less glamorous than a big Apple section, but they do bring in shoppers regularly, a necessity for a $74 billion a year mass retailer that’s trying to get 30 million Americans to keep visiting its stores each week.

The retailer’s slogan, repeated like a mantra at Target’s national meeting this week in Minneapolis, is “Expect More. Pay Less.” As it turns out, Target overcorrected in the direction of expecting more, creating a new set of problems.

“‘Expect more’ and ‘Pay less’ both have to work together,” Cornell told Fortune in an interview at Target’s headquarters. “We lost a bit of that balance and now we’ve got to get back.”

So now, Target is trying to find the happy medium. Among other efforts, it is promoting low prices more prominently in its mid-week circular. And in November, it will start installing the shelves known as end-caps (see picture) at the extremities of its aisles, showcasing more inexpensive items with one price in very large characters to convey that Target offers “value.”

Target has every incentive to make that message loud and clear. Walmart’s sales and traffic surges at its U.S. stores have been fueled by its unrelenting “price investments”–that is, cuts–which have hurt everyone from department stores to retailers like Dollar General and apparently caught Target off guard.

“What you’re seeing right now is Walmart getting more aggressive with pricing, and that is likely taking customers on the margin away from Target,” says Brian Yarbrough, a retail analyst at Edward Jones.

Price vs. hipness: Not either-or

No question, since taking the helm just over two years ago, Cornell has moved swiftly and decisively to move Target past the darkest time of its history, after a massive data breach and turmoil in the corner office.

Cornell’s first major move as chief executive, in 2015, was to shutter Target’s failed Canadian business, the better to focus on the U.S. Another big move? Selling off Target’s pharmacy business to CVS Health later that year, judging that it could never excel in the prescription business.

And to jolt a 340,000-person organization that had become sclerotic from bureaucracy, Cornell set out bold goals when he described his plan to Wall Street in early 2015. E-commerce would grow 40% a year. Target would refashion its grocery — 20% of sales — to focus on more organic food. There would be layoffs to help meet a $2 billion-a-year cost reduction goal, and plenty of changes among top executives.

But some of Cornell’s promised changes have turned out to be hard to deliver. E-commerce sales last year rose 30%, and growth has slowed tremendously, sales rose only 16% year-over-year in the most recent quarter. Target’s digital sales were $2.6 billion in the last year, according to eMarketer, on par with much smaller stores like Gap and Kohl’s.

Target’s web site is much easier to navigate than it was and check-out is easier, but it’s going to be hard to keep pace with Amazon, or with Walmart, whose online growth has picked up and which recently bought jet.com.

And customers so far are yawning at Target’s improved food offering, which included adding hundreds of organic, natural and gluten-free products as well as yogurt and even craft beer. Without a compelling grocery section to give them a reason to go to stores, many people are more likely to just shop online at Amazon, whose shopper demographics are closer to Target’s than are Walmart’s. And while Cornell says Target won’t attempt to be a full-service grocer, that strategy dilutes food’s traffic-generating benefits.

“Our number one challenge was traffic,” Cornell told investors last month. And he has warned investors that fixing grocery will take time. Target is trying out better store presentation in some test stores in Los Angeles (see right), to good results.

Still, for all the creeping skepticism on Wall Street, there have been developments to buoy optimism.

In addition to the big improvements in the categories Target wants to own, it just undertook the biggest apparel launch in its history, the Cat & Jack kids’ apparel line, which Cornell expects to quickly become a billion-dollar brand. (Target already has about 10 brands of that size across product categories.)

Target was able to pull that maneuver off despite not having a chief merchant for a year. (This spring, the company announced that a former Nordstrom and Nike executive was stepping in, one of seven c-suite changes since Cornell took the reins. Target’s highly regarded marketing chief Jeff Jones left last week for a top job at Uber.)

Target’s foray into urban areas in smaller stores is so far a big success. Cornell says that sales per square foot, the most important metric in retail, are two to three times larger in such stores. Target currently operates 23 such stores, which are much smaller than its typical locations, and Cornell says there could be “hundreds” of these stores over time, including one in New York’s TriBeCa opening next month. (Another 27 stores are confirmed between now and 2018, at which point there should be enough of them to move the needle on Target’s sales figures.)

His COO, Target veteran John Mulligan, has squeezed out a lot of the inefficiency in Target’s supply chain to shrink one of Target’s longest standing problems: out-of-stock items. And by the holiday season, 1,000 of its 1,800 stores will be equipped to ship online orders, something Target hopes will help it compete better with Amazon.

Nonetheless, for all that has gone right , there is a nagging suspicion on Wall Street that Target will struggle to keep pace with rivals. Walmart is in the process of a massive food reset and beautifying its grocery stores, while Amazon keep winning market share online.

Cowen & Co. analyst Oliver Chen this week downgraded Target’s stock, saying,”the increasing price competition from WMT and the convenience of Amazon Prime will make the recent ‘fill-in’ trip weakness for TGT persist.” (A fill-in trip refers to a small shopping visit to get a few items, as opposed to a big stock-up trip that typically happens on the weekend.)

As for Cornell, an energetic CEO, he’s cognizant things could be going better. But he thinks the recent troubles are temporary. “I didn’t feel good about the second quarter but I do view it as a bump in the road,” he said.

At the same time, he added that Target can’t veer too far one direction when balancing cooler items with lower prices. He adds: “We have to make sure we’re winning with household essentials- we have to do both, it’s not either-or.”