Walmart Is Killing It With Shoppers 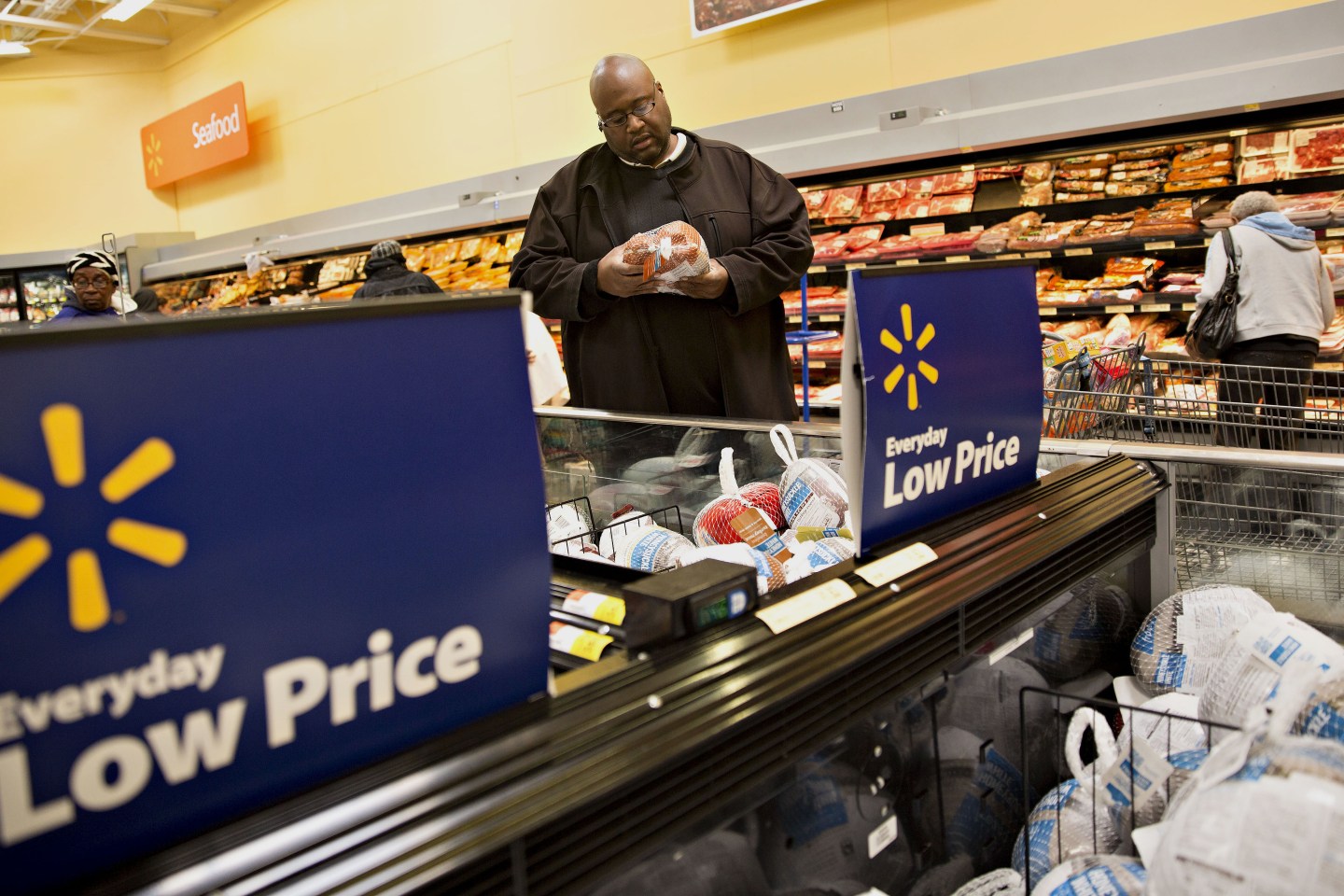 Walmart (WMT) seems to have dodged the retail malaise.

The world’s largest retailer on Thursday gave Wall Street a pleasant surprise by reporting that comparable sales in the U.S. rose 1.6%, which was more than the 1% expected by industry tracker Consensus Metrix. The strong showing was boosted by more shoppers coming to stores, the popularity of its smaller format Neighborhood Market grocery stores and quicker growth online.

It was the discount retailer’s eighth straight quarterly increase in U.S. comparable sales, which generate almost 60% of revenue, and its seventh consecutive quarter of increases in the number of shoppers coming in. More notably, comparable sales at the Neighborhood Market format rose 6.5% in the quarter ended in late July. Comparable sales at Sam’s Club rose 0.6%, while international sales rose 2.2% excluding the impact of a strong dollar. (They fell 6.6% in real terms.)

Walmart has spent $2.7 billion in the last two years to give hundreds of thousands of its U.S. workers raises to improve low customer service scores and retain talent at a time when working on a sales floor is more complex than ever. The company said the effort has been paying off, with rising shopper satisfaction and fewer out-of-stock items, a problem that has cost Walmart billions in sales over the years. The retailer is also upgrading its grocery sections, which generate more than half of its revenue.

“We have a plan, and we are executing against it, and customers are responding favorably,” Wal-Mart Stores CEO Doug McMillon said in a prepared statement.

Online sales rose 11.8%, ending nine straight quarters of slowing growth. (They’d grown 7% last quarter.) Last week, Walmart announced it was buying Jet.com for $3 billion to re-ignite its e-commerce unit, which is still only a fraction of the size of Amazon.com’s (AMZN).

Walmart’s performance stands in marked contrast to that of rival Target (TGT), which reported a 1% decline in comparable sales earlier this week, and its first drop in shopper traffic since early 2014. Target blamed shoppers’ lack of enthusiasm for its fresh food offerings, among other issues. Walmart’s results suggest that it is fending off its smaller rival’s incursions in grocery.