Walmart Is Giving its Grocery Aisles a Makeover 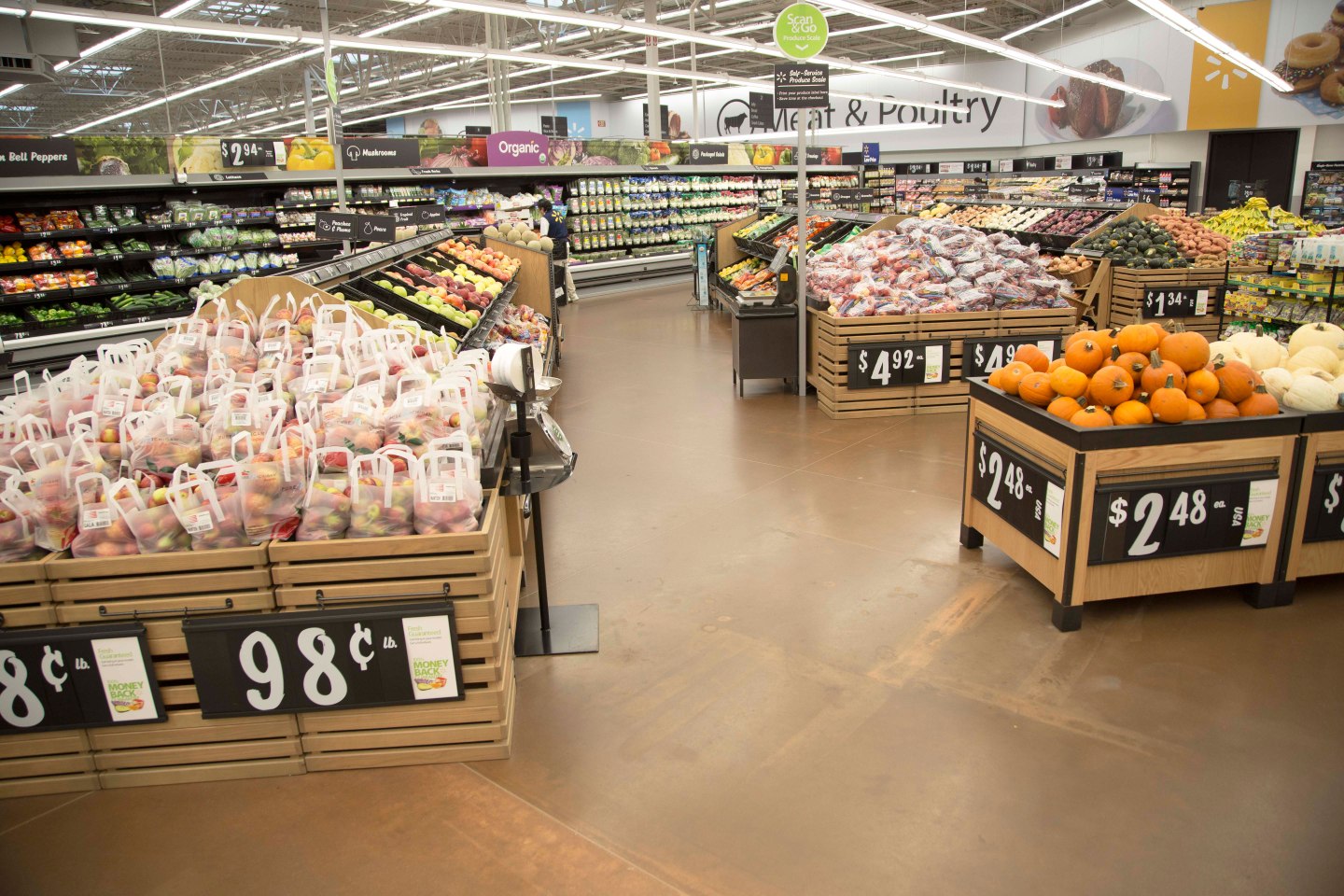 The largest retailer in the U.S. is also the country’s biggest grocer; its branded stores sold Americans $167 billion worth of food last year. But increasingly, the titan’s food supremacy is under assault.

What’s an incumbent leader to do? In this case, rethink everything. Walmart is in the process of overhauling the layout of the food section at 3,000 stores, including super­centers and the smaller Neighborhood Market stores, by year-end.

Inside a Walmart super­center in Springdale, Ark., near company headquarters, Shawn Baldwin, senior vice president of produce and global food sourcing for Walmart, gestures toward rows of brightly colored vegetables. “If you do fresh well, there’s a halo that goes around everything else,” he says. The new initiative is called Fresh Angle and is now at 180 stores and counting. The goal is to quickly convey to customers that Walmart’s food is high quality and fresh.

Some of these steps are deceptively simple: Put leafy greens closer to the front of the store, replace black plastic crates with ones that look like wood for a farmers’ market feel, and group like-colored produce together to create a visual pop. Another key part of the transformation involves lowering display cases and opening up floor space so that shoppers can see clear across the food area, lending it a higher-end feel. Walmart is even adding faux chalkboards, evoking a Whole Foods.

As for other foods, Walmart is emphasizing things like 100% grass-fed beef and antibiotic-free meat, and it now prepares 60% of bakery items on site. It’s also putting more refrigeration on the floor so that less food lingers in back rooms—which increases freshness and means less running back and forth by workers.

So far the effort seems to be working. Walmart’s U.S. comparable sales have risen seven quarters running, and shopper traffic has increased for six, making it a standout in a sea of laggard retail brands. But the stakes are high: About half the company’s total sales come from the grocery aisles it’s remaking. Fresh food “is a major traffic driver,” says Kantar Retail’s Laura Kennedy. “They need people to come into the store to buy it.”

AMAZON: The 800-pound gorilla in the retail world is ramping up fresh food delivery and plotting private-label brands.

TARGET: Walmart’s archrival is planning what it calls a “food reinvention,” a big-budget push that will focus on healthier fare.

WHOLE FOODS: The upscale grocer is launching its 365 line of discount stores this year.