Was Jack Dorsey an absentee CEO by the end of his Twitter tenure? The evidence keeps pointing to ‘yes’ 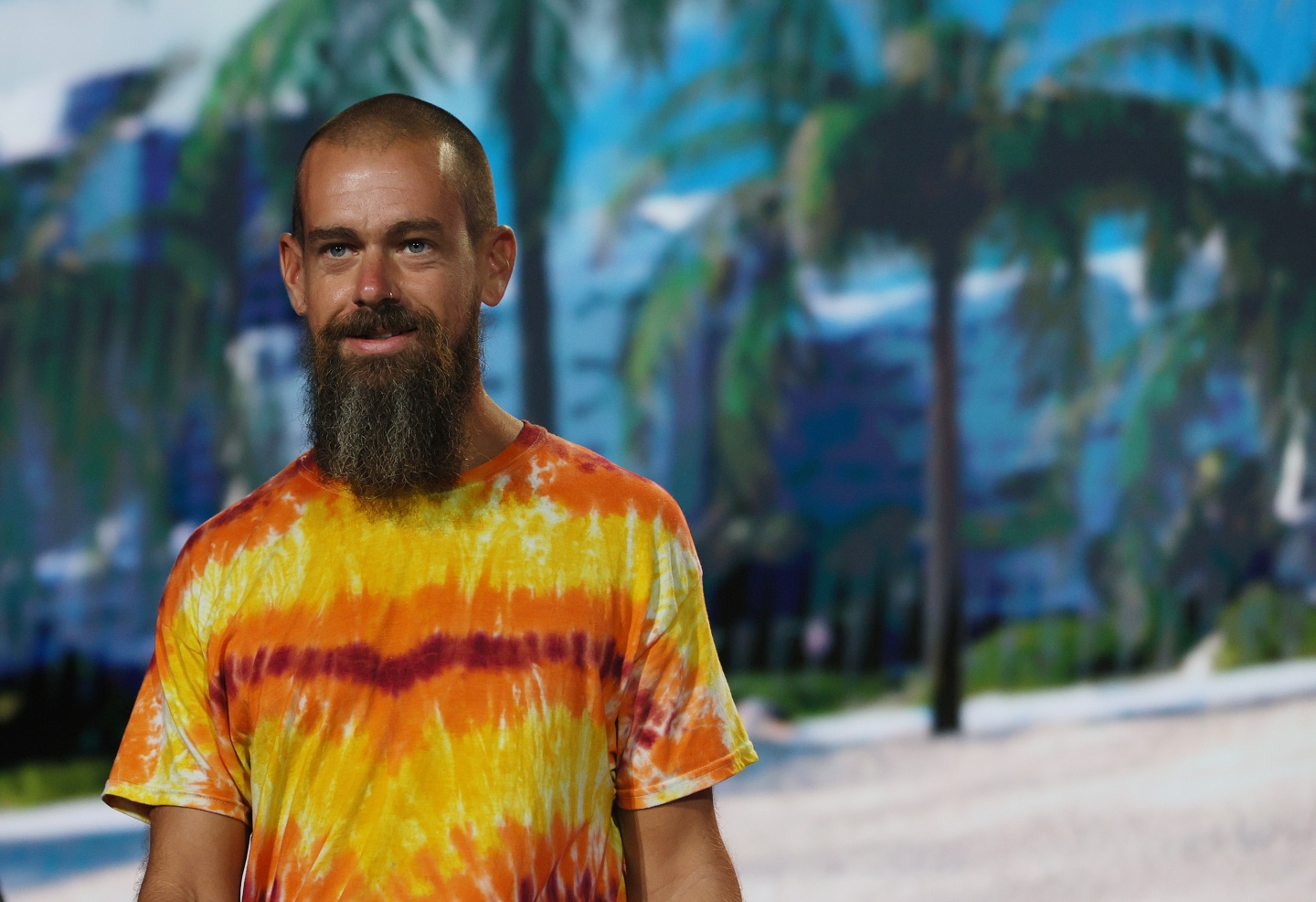 Folks can be pretty forgiving of well-intentioned mistakes or wayward decisions—provided that the error isn’t due to a lack of effort.

It’s a maxim that comes to mind after seeing the results of a new Fortune poll conducted with Blind that examines Silicon Valley’s views of Jack Dorsey, the cofounder and former CEO of Twitter.

The survey, which sampled about 3,300 tech employees on Blind’s anonymous workplace platform, found that the widely regarded tech executive’s standing has suffered in recent months as Twitter grapples with a bombshell whistleblower claim by the company’s former head of security and a tortuous sale of the company to Dorsey ally Elon Musk. More than half of respondents said the whistleblower’s allegations of major security lapses and poor leadership at Twitter had hurt Dorsey’s reputation, while about 40% said the chaos surrounding Musk’s attempt to back out of the acquisition made Dorsey look bad.

While the poll isn’t perfectly representative of the industry’s true feelings—the general tenor of Blind’s forum suggests participants might be more jaded about tech than their peers—some of the survey results warrant deeper examination.

One finding, in particular, bodes poorly for perceptions of Dorsey.

As Fortune’s Kylie Robison wrote, about 200 of Twitter’s 7,500-plus employees participated in the survey (respondents must have a verified corporate email address to register for Blind). When asked in an open-ended question to describe Dorsey’s leadership style, the Twitter staffers used one word the most: “absent.”

The sentiment adds to a mounting pile of proof that Dorsey skimped on his Twitter duties at a time when the company’s business was sputtering and the platform’s influence on public discourse was turning particularly toxic.

In some ways, Dorsey invited wariness about his work ethic by simultaneously serving as CEO of two companies, Twitter and payment processor Square (now known as Block), from 2015 to 2021. Dorsey resigned from Twitter late last year to focus on Square and proselytize about Bitcoin.

Dorsey avoided too much scrutiny about his work habits in the early years of the arrangement, and it’s not beyond the realm of possibility for a delegative CEO to juggle two leadership posts at once. (See: Jobs, Steve.)

But rumblings of discontent have percolated for the past few years. Dorsey’s announcement in late 2019 that he planned to move to Africa for six-plus months ticked off some investors. Activist investor Elliott Management waged war against Dorsey in early 2020, largely out of frustration over his dual roles. Months later, the Wall Street Journal reported that current and former employees considered Dorsey “hands-off to the extreme.”

The most damning blow, however, came two weeks ago, when Twitter’s highly respected former head of security, Peiter “Mudge” Zatko blasted Dorsey as an absentee leader who failed to address the company’s mounting cybersecurity issues.

Zatko said Dorsey attended meetings “sporadically,” appeared “extremely disengaged” during the few meetings he attended, and uttered about 50 words to him for the entirety of 2021. The renowned hacker laid much of Twitter’s security lapses at Dorsey’s feet, arguing that his lack of leadership allowed employees to neglect their duties. (Twitter executives have said Zatko’s extensive claims are inaccurate and lack context, while Dorsey called the 50-word claim “completely false.”)

By most accounts, Dorsey is a genuinely decent dude. His products have helped connect the world and delivered a much-needed service to businesses large and small. He has spoken more honestly about his companies’ shortcomings than most entrepreneurs, particularly when it comes to content moderation on Twitter. The negative words most commonly used to describe him in the Blind poll intimate that he’s aloof, not filled with animus.

But such niceties are little comfort to Twitter’s users, employees, and investors. If Twitter failed to meet its full financial and humanitarian potential under Dorsey, the preponderance of the evidence suggests his inattentiveness is a chief cause.

Dorsey likely will never run two Fortune 1000 companies at the same time again (he’s still CEO of Block), which will hopefully render this issue moot in the future. When it comes time to contemplate Dorsey’s legacy, however, his effort level at Twitter won’t be easily forgiven.

Jumping the line. Netflix is targeting an early November launch of its ad-supported subscription plan, a move aimed at beating a similar offering from Disney+ to market, Variety reported Thursday citing industry sources briefed on the plans. Netflix executives told investors in July that they expected to debut their ad-supported tier in early 2023, but the scheduled Dec. 8 launch of Disney’s ad-backed offering prompted an acceleration of the timeline. The lower-cost Netflix plan is now scheduled to launch Nov. 1 in several countries, including the U.S., Canada, France, and Germany.

Made in the USA. Chipmaker Micron plans to spend about $15 billion over the next decade to build a new manufacturing plant in its home city of Boise, Reuters reported Thursday. Micron joins several chip fabricators that have announced their intention to increase domestic chip manufacturing in the coming years, an effort assisted by $52 billion in federal subsidies approved this summer. Micron, whose core business consists of memory chips, did not elaborate on what kind of chips will be produced or how many will be made at the plant.

Sex definitely sells. Adult-content purveyor OnlyFans posted revenues of $932 million and pretax profits of $433 million in the fiscal year ended November 2021, sizable jumps that reflected the growing popularity of the content platform, the Financial Times reported Thursday. The profit increase represented a sevenfold jump from the prior fiscal year, while revenues more than doubled. The success of OnlyFans delivered a $517 million windfall over the past two years to its owner, Leo Radvinsky.

Room for another? Gandalf says there is only one Lord of the Ring, but Amazon is hoping there can be two smash-hit fantasy series. The tech conglomerate’s debut Friday of Lord of the Rings: The Rings of Power on Amazon Prime, two weeks after the arrival of HBO Max’s Game of Thrones prequel, will put viewers’ appetite for humongous-budget television shows to the test, Fortune’s Christiaan Hetzner reported. The results could determine the fate of enormous investments in streaming content by Amazon, HBO Max parent Warner Bros. Discovery, and several other companies vying for subscribers. Amazon’s Rings budget is believed to top $1 billion, an amount that the sprawling, deep-pocketed company can stomach. However, other streaming rivals might be reluctant to write huge checks if the show fails to attract much of an audience.

This fantasy face-off between Amazon and HBO is being closely watched for clues to which streaming platform will prevail in a very real commercial war.

There has been a veritable arms race in spending on new streaming content, with fellow streamer Disney earmarking $30 billion in the current fiscal year for programming in a business its finance chief doesn’t expect to be profitable until 2024. The House of Mouse is countering Amazon and HBO Max with its own Star Wars–themed prequel series later this month called Andor that is based on the 2016 film Rogue One.

Elon Musk might have it backwards when he talks about the big threat to civilization, by Chloe Berger

Amazon and Walmart want the FAA to let them use part of your property. Here’s how drone delivery companies are coming for your airspace, by Troy Rule

Domain spoofing on the rise as cybercriminals see some crypto sites as a ‘perfect target,’ by Leo Schwartz

Amazon’s No. 1 for No. 2. Let’s head into the Labor Day weekend with a little bit of potty humor. BuzzFeed News reporter Katie Notopoulos dropped a delightful story Thursday that investigated why songs about poop streamed through Amazon Music are generating anomalous amounts of revenue for children’s singer-songwriters. Notopoulous talked to several artists with excrement-themed songs—“Poopy Stupid Butt,” “Poop Poop Poop Poop Song,” “I Poop With My Dog”—who said the biggest chunk of their royalties comes from Amazon Music. After plumbing the bowels of the industry (Amazon didn’t offer much help on her quest), Notopoulos offered a compelling theory for the oddity: tiny tykes telling Alexa to play poop-related songs. If you have some free time on the toilet today, give it a read.

Data Sheet will be off Monday in observance of Labor Day. We will return Tuesday.