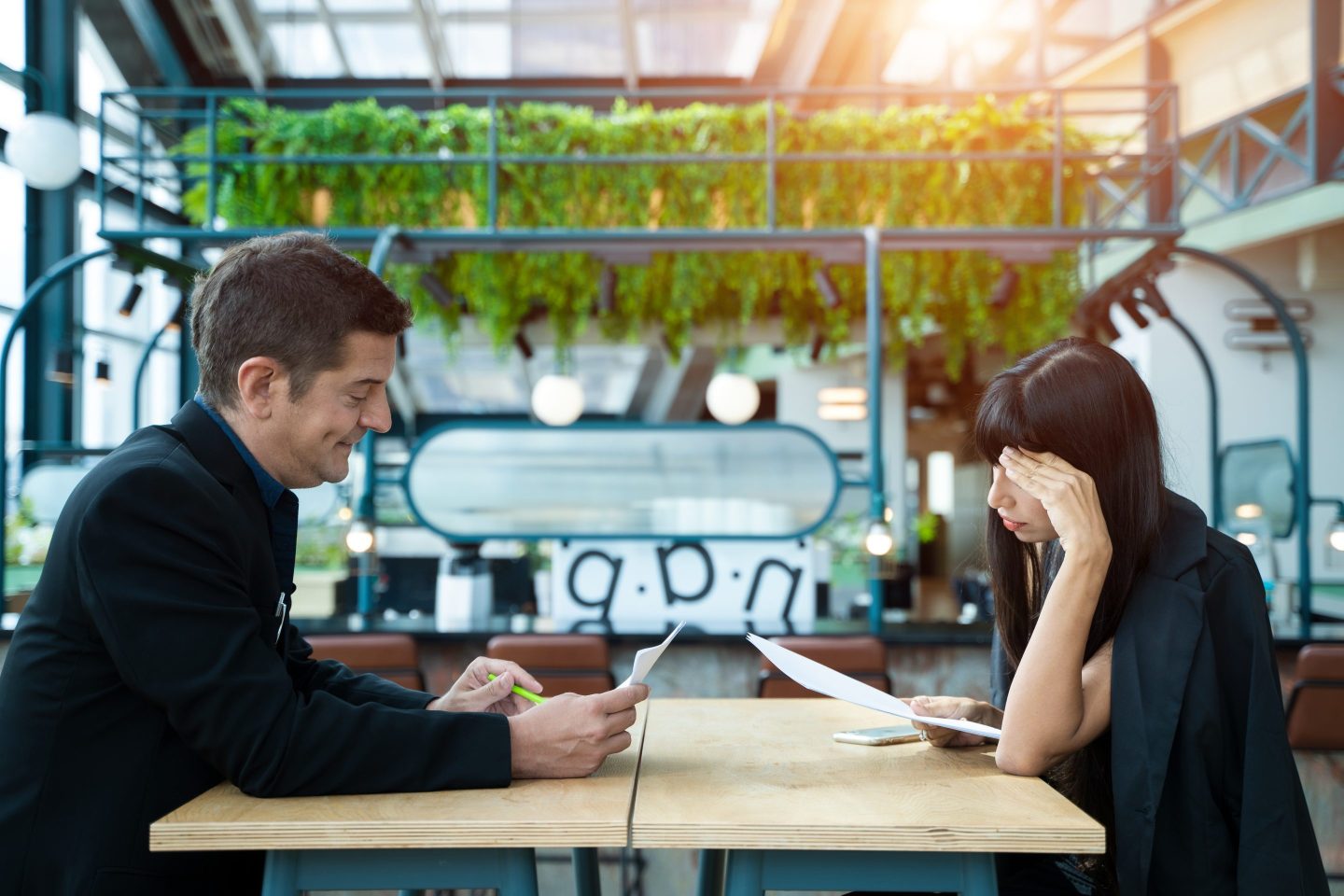 Workers are thinking twice about asking for a raise or to work from home.
Visoot Uthairam—Getty Images

After several months of workers feeling more powerful than their bosses, the tides are turning.

More than half of employees (58%) believe their bosses have the higher ground in the workplace, finds a new survey conducted by the Harris Poll for Bloomberg. That’s a 5% jump since January.

The Great Resignation and an unemployment rate that’s nearly the lowest it’s been since the 1970s have put employees squarely in the position of power for over a year now. But with mass layoffs marking this year’s tenuous economic environment and fears of an impending recession swirling, workers feel less empowered to ask for the perks they’ve gradually come to expect, like remote work or a raise.

Despite the fact that pay in many jobs has failed to keep up with inflation, nearly three in five (59%) respondents said they don’t feel comfortable asking for a raise. And only about half of respondents think they have a shot at negotiating a flexible work arrangement with their boss without fear of repercussions.

“It’s a little bit of a game of chicken,” John Gerzema, Harris Poll CEO, told Bloomberg. “The calculus is, I either want to lock in greater pay right now by asking for a raise or moving to another job to get a raise. However, being worried about a recession, I’m now also consciously thinking about my job security.”

A job market of contradictions

Workers’ fears aren’t unfounded. Employees from Compass to Coinbase, Uber to Twitter, Wayfair to Daily Harvest, and Groupon to Ford Motor Co. have been casualties of companies’ attempts to remain profitable while heading into a recession.

The prospect of losing a job may explain why workers are now walking back their demands. Those who joined the Great Resignation may be especially fearful of the “last in, first out” rule, in which companies let go of employees with the least tenure come layoff time.

According to a survey from staffing firm Insight Global last month, nearly 80% of workers are concerned about their job safety, with good reason: 87% of managers said they would “likely” need to lay off employees if a recession hits. Millennials, many of whom began their careers during the Great Recession, were the most anxious age group.

But the job market hasn’t left workers’ confidence totally depleted; 60% of Harris poll respondents said they believe they could still readily find a higher paying job, and half said they’re trying to nab offers from other companies as leverage for a raise from their boss.

And a slew of recent research indicates that remote work—at least part-time—isn’t going anywhere. More than three-quarters of business leaders polled in real estate firm JLL’s recent future of work survey said offering remote or hybrid work is critical to their talent attraction and retention. “Our research confirms beyond doubt that the hybrid model is now a permanent feature of the working landscape,” JLL stated.

The same sentiment is echoed in the most recent WFH Research findings by Jose Maria Barrero, Nicholas Bloom, and Steven J. Davis, who found that hybrid work dominates among workers able to work from home.

That could be a relief for folks whose jobs do end up on the chopping block or dare to join the Great Resignation: The perks you were looking for at your last job will more than likely await you at your next.