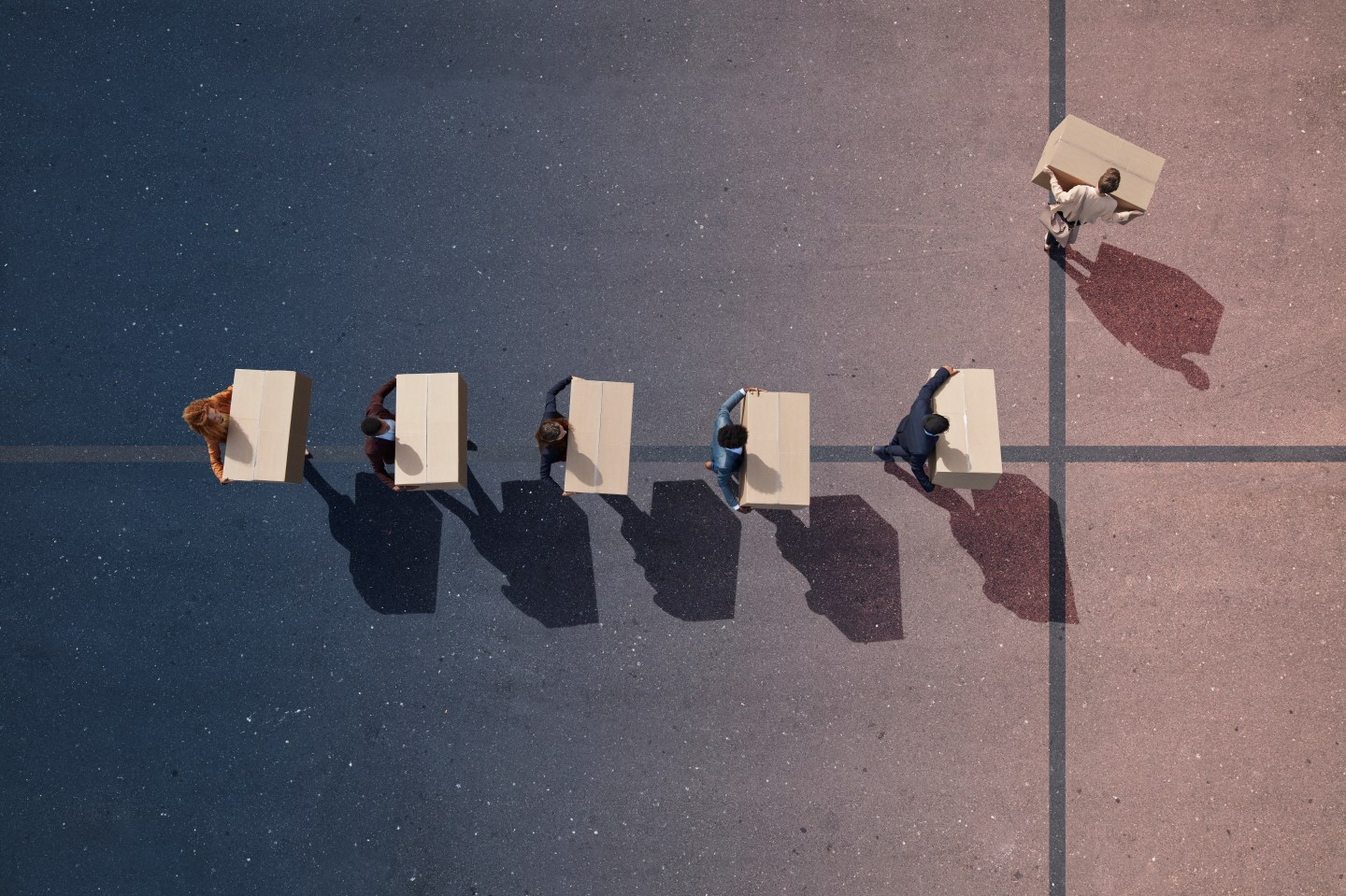 What tech layoffs have to say about the economy.
Getty

The 2010s were a booming decade for the tech sector, but so far, 2022 has been a year of bust that has dragged the industry back down to Earth.

Amid a larger market downturn this spring, tech stocks have suffered the worst rout and massive waves of layoffs. As of July, over 30,000 U.S. tech workers have been laid off, according to an analysis by Crunchbase, including at Facebook parent Meta, car-sharing company Uber, and even at cryptocurrency exchange giants.

The fast pace of layoffs in the tech world is a tough pill to swallow for some, as the industry is coming off years of rapid expansion and rampant hiring. But those cycles of boom and bust might be intricately connected, according to one economist.

The tech sector has been on an impressively strong trajectory of upward growth over the past decade.

In the 2010s, companies like Google, Amazon, and Facebook established themselves as some of the biggest market movers in history, while a new gold rush of tech startups descended on Silicon Valley, followed by a flood of venture capital money and investments.

Tech jobs grew by an average annual rate of 4.4% during this period—three times the rate of expansion in the rest of the economy—according to a study by Brookings, a think tank.

That growth was supercharged during the early days of the pandemic, when stay-at-home orders boosted demand for tech products and tech startups flourished. In 2021, the combined annual revenue of tech’s big five—Amazon, Apple, Google parent Alphabet, Microsoft, and Facebook—hit a record-high $1.2 trillion, a 25% surge over the past year. At the same time, the pandemic pushed new business startups—many of which focused on tech—to record highs.

But the tech industry’s rapid rise could not last, and the sector’s pendulum swing towards contraction has been just as swift and dramatic as its meteoric ascent.

The tech market began its steep decline in spring 2022, losing trillions on the market in a matter of days in May, as stocks responded negatively to the Federal Reserve’s tightening monetary policy to combat rising inflation through higher interest rates.

Tech stocks generally do not fare well in uncertain economic environments with high interest rates and rising prices. During times like these, investors tend to turn to more secure “safe-haven” items such as gold, while more speculative and high-risk stocks like tech are left out in the cold.

Other factors, such as the war in Ukraine and ongoing global supply chain issues, have added to the uncertainty, and while these factors have left the entire market in a state of turmoil, tech stocks have been the worst hit, and might be the canary in the coal mine for a prolonged market downturn.

“I think [tech’s downturn] is because to some extent the sector really overextended itself toward the tail end of this bull run, and now it’s sort of the epicenter for pulling back the fastest,” Berger said.

So far, tech layoffs have not spilled over into the economy at large. U.S. unemployment is currently at 3.6%, well below where it was at the beginning of the pandemic and in other periods of imminent economic contractions.

But as fears mount over a recession hitting this year or next, a rise in unemployment could be in the cards soon enough, and Berger says that a key indicator will be whether the trends playing out right now in the tech world repeat themselves in more areas of the economy.

“We haven’t yet seen it seep into the rest of the economy, but if we’re all worried about a recession, one thing we’re going to be keeping a close eye on is whether other sectors start following tech’s lead on the way down,” he said.

For now, the layoffs have largely been “concentrated” in the tech sector, Berger added, and especially amongst small businesses and startups that went heavy on hiring during the pandemic.

But should that begin to change, it could be a sign of larger economic forces at play.

“I think it’s worth keeping a very close eye on,” Berger said. “Is it spreading? Is it bigger companies that start laying off people in tech? Is it non-tech companies, or a few anecdotes here and there? At what point do anecdotes start turning into something else?”