3 things you should do if you’re laid off — and 2 you should never do, according to experts 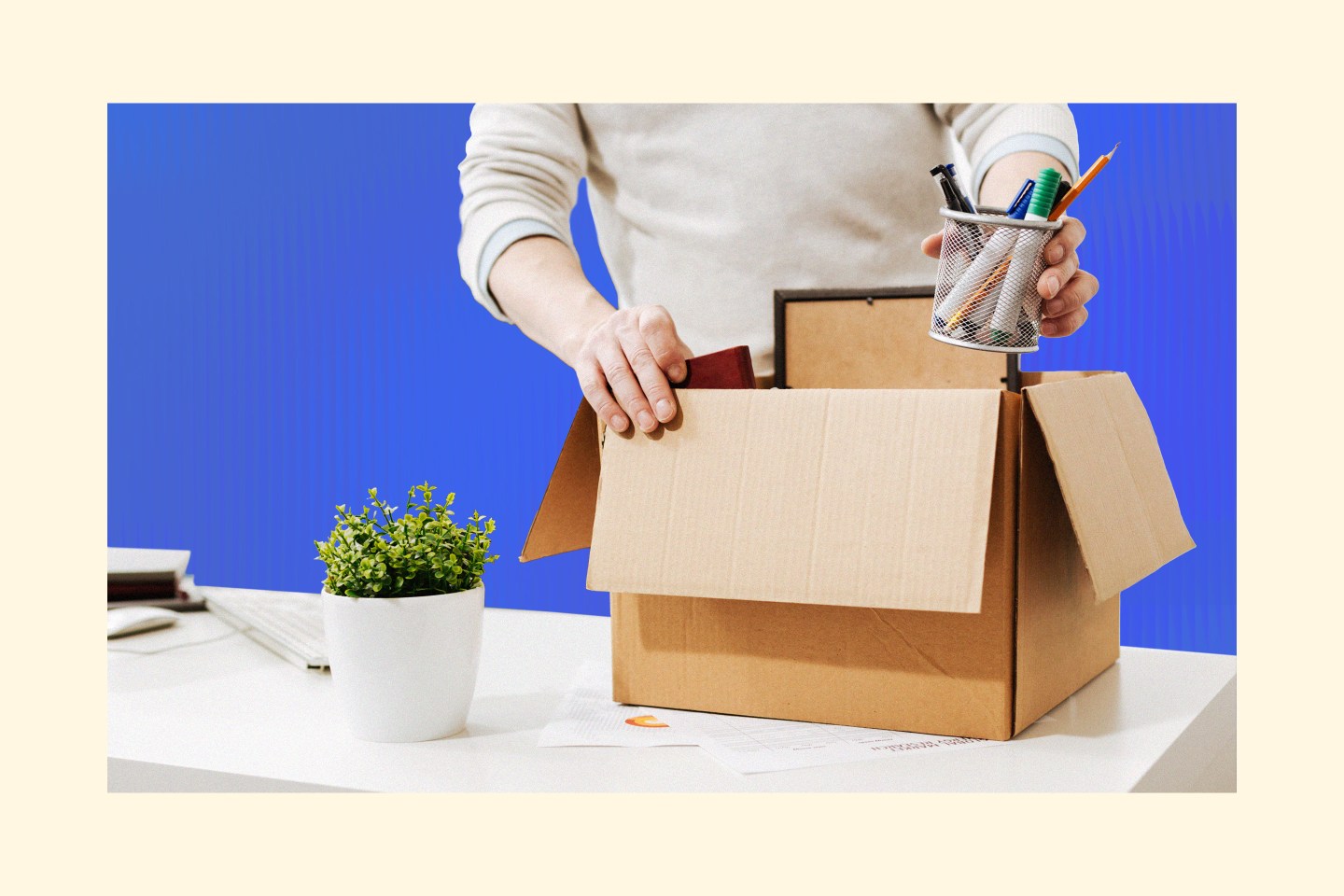 You have more options than you think.
Getty Images (2)

Emilia, a researcher at a mental health tech startup, was sitting on the floor of her empty apartment earlier this week when she got the email.

She’d recently given away her furniture and boxed up her belongings for a cross-country move to be closer to family. But when she logged into work that morning and found a meeting invite for a 10-minute one-on-one with a company executive, her plans were about to change.

“I was immediately perplexed; why would they only need to meet me for 10 minutes?” the 27-year-old recalls to Fortune.

Her gut was onto something—she and a handful of her coworkers were laid off. After the meeting, she knew she had to cancel her move; she would no longer be able to afford the lease.

Emilia, who is going by a pseudonym because her termination agreement includes a confidentiality clause, is not alone. In recent weeks, countless workers at companies like Coinbase, Compass, Redfin, StitchFix, and Twitter have found themselves suddenly without a job. Growing talks of an impending recession have companies across a swath of industries and sectors turning to layoffs as a method of stemming losses.

If you find yourself caught up in a round of layoffs, you may not know what to do next. We spoke to some career experts about how to handle a layoff, regardless of your industry or how long you worked at your last job.

DO: Consult a lawyer—if you want to

While each layoff case is vastly different for legal recourse, companies are generally difficult to fight, New York-based employment lawyer Patrick Boyd tells Fortune. Management usually presents laid-off employees with a severance agreement, which typically includes a few months of continued health insurance, paid out remaining vacation days, and, if applicable, vested stock options. In exchange, many companies ask employees to sign what Boyd calls a “very comprehensive” legal release of all the claims they might have.

If a worker believes they have a case, Boyd suggests conferring with an attorney before signing anything and establishing their individual rights.

People often sign contracts without full awareness of their contents, Boyd says. It’s important for laid-off workers to dig into these, particularly because they might include non-compete clauses, which could keep them from working for a competitor.

“Last summer, Biden offered an executive order trying to restrict the applicability of non-competes, but that hasn’t had a practical impact,” Boyd says. “Often, workers aren’t allowed to talk to the media; those are the golden handcuffs of being given your stock rewards.”

Fortune encountered this when reaching out to several laid off workers who said they worried about speaking to the press because their severance contracts prohibited them from doing so.

DON’T: Worry about how it looks

Getting laid off has long carried a stigma, compounding the overwhelming emotions that come with the shock of being suddenly unemployed. But the market conditions of the last two-and-a-half years, and America’s general “hire and fire” culture have eradicated that stigma, says Jamie McLaughlin, founder and CEO of recruiting firm Monday Talent.

“Everyone’s paying attention to what’s happening in the economy right now,” says Christine Cruzvergara, chief education strategy officer at Handshake, a career network for recent grads. “Hiring managers know a potential recession is coming, and people are getting laid off. They understand that; it’s a human thing, and many have been in that boat.”

DO: Be open to pivoting

Losing your job can be a good excuse to reconsider your career path. Maybe it’s time for a change. Cruzvergara recommends seeing which industries are hiring and getting creative about the kinds of roles might apply for. If you’ve been recently laid off from a tech job, you might apply to tech-adjacent roles in industries that are booming, like health care, nonprofits, and higher education.

That’s what Emilia has been doing post-layoff. Some of the positions she’s been applying for are in areas she wasn’t previously considering. “But now I’m like, why not?” she says. “What do I have to lose by being open-minded?”

DON’T: Try to hide what happened

Disclosing a layoff in your cover letter isn’t a bad move, says Sarah Doody, founder and CEO of Career Strategy Lab, a recruiting service for UX professionals. “It’s one of those topics people think are taboo, like taking a career break to have a child or care for a family member,” she says. “My stance is: You should just own it, because it’s not a reflection of your skills as an individual.”

McLaughlin agrees, recommending job seekers to get ahead of the question in interviews. If you were laid off before you’d spent enough time at a company to do anything notable, he encourages focusing on the positives: Why you were hired in the first place. Also, take advantage of any former colleagues’ networks and outplacement programs the company might have instated.

“The ‘last-in, first-out’ rule unfortunately still applies in many circumstances, and more often than not, people can be laid off very early into their tenure,” he says.

All career experts Fortune spoke with believe that a post-layoff job search doesn’t materially differ from a normal job search. But pay attention to benefit packages going forward, with a close eye on robust severance packages and notice periods. “This will give you a softer landing, should layoffs happen again,” McLaughlin says.

Take a cue from the recently laid off tech workers, many of whom have announced their news in lengthy LinkedIn posts. Most were lucky to find a swell of support in the comments section.

When David Hong, a product manager, posted that he’d been suddenly and unceremoniously laid off from Coinbase, his detailed account garnered over 5,000 likes. It didn’t take long for comments from recruiters to roll in, offering Hong a top-of-the-pile spot for roles at Google, Oracle, and Amazon.

Given the great traction people are having when sharing their experiences on social media, Cruzvergara recommends doing the same. “Some people are very open about being laid off and asking connections for help,” she says. “It just comes down to your personal comfort and willingness to put yourself out there.”

Emilia, hours after her layoff, shared her shock and sadness in a tweet. It amassed over 1,000 likes and dozens of messages of support in one day, including offers of referrals and job listings for similar roles.

She recommends posting on the platform where you have the most connections. “For a lot of people that’s Linkedin, but for me, it was Twitter,” she says. “You’d think strangers wouldn’t care, but they care so much, and they want to help you out.”