Can Chinese tech companies make it in America? A down economy is forcing some to try 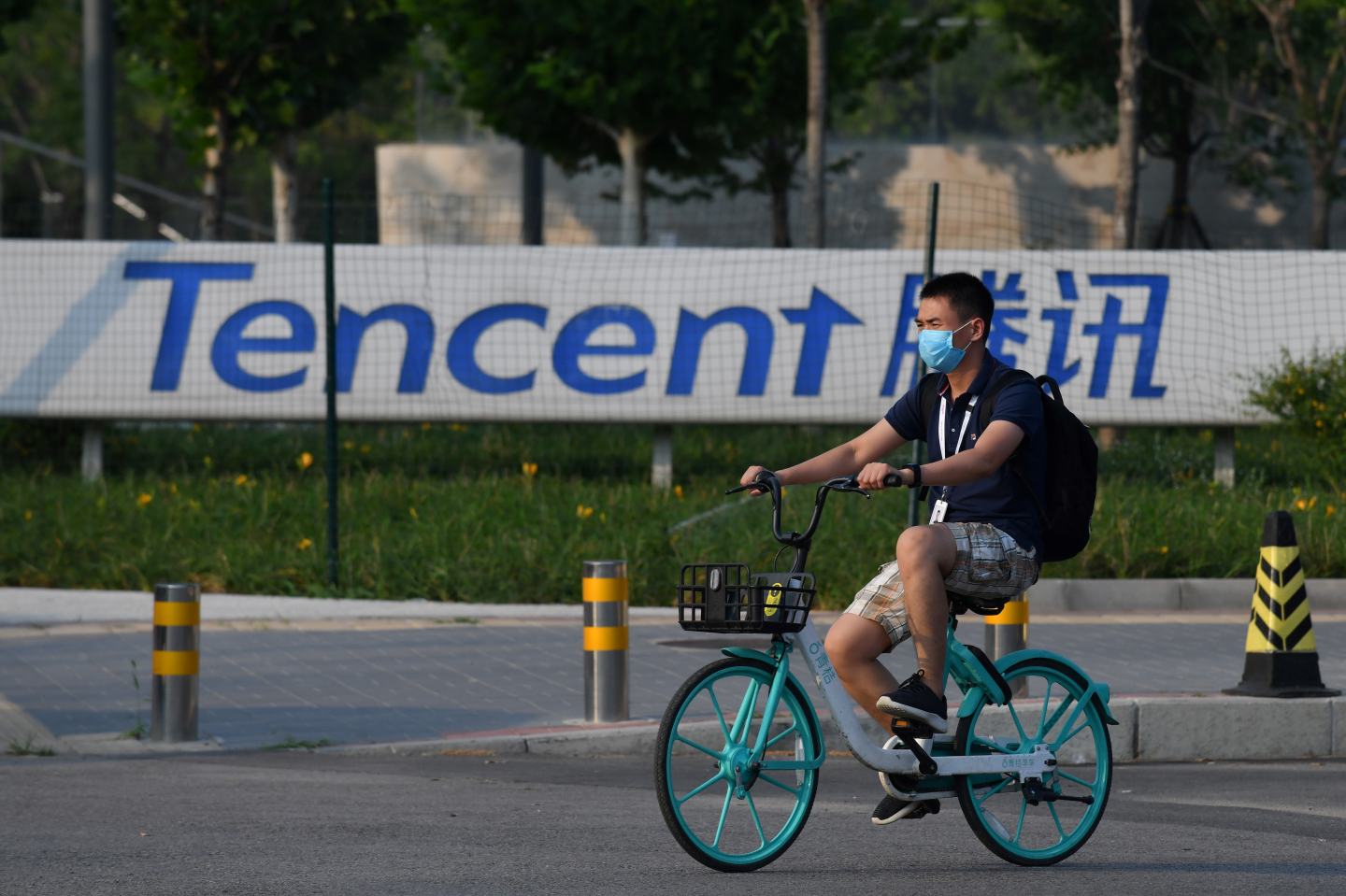 Chinese tech companies treading water amid a weakening domestic economy are increasingly looking across the Pacific for support.

Whether American consumers and policymakers will provide them a lifeboat remains to be seen.

Buoyed by the success of ByteDance-owned TikTok and fast-fashion e-commerce star Shein, several of the republic’s tech leaders have recently announced plans to broaden their business in the States, a market that Chinese firms have largely struggled to penetrate.

Bloomberg confirmed Monday that Pinduoduo, a Chinese giant rooted in the odd pairing of agriculture and social e-commerce, is preparing to expand into North America as it seeks “new growth avenues at a time when its domestic economy is sputtering.” The China-focused tech news outlet Late Post had earlier reported that Pinduoduo’s debut of a U.S. app could come as soon as next month.

The Wall Street Journal separately reported Saturday that China’s two largest video game developers, Tencent and NetEase, are “moving rapidly into the U.S. and other overseas markets as regulations at home tighten and user growth stalls.” The two companies aim to boost foreign revenue by selling more games to overseas customers and acquiring studios based outside China.

For Chinese tech giants, the U.S. offers a treacherous mix of hope and hostility.

China’s economy is in the dumps, the result of a real estate crisis, COVID lockdowns, and high young-adult unemployment, among other factors. China’s government also has spent the past two years pummeling its domestic tech companies by launching investigations and instituting regulations—including a temporary de facto ban on new video game releases—designed to reduce their power.

As a result, tech companies have struggled to keep revenue flat, let alone replicate the significant sales growth seen throughout much of the past decade. While the U.S. economy isn’t exactly humming, domestic consumer spending has at least held relatively steady, with most tech giants still reporting modest revenue growth.

At the same time, U.S. consumers’ reluctance to embrace Chinese tech products might be waning a bit. TikTok is a bona fide American phenomenon, with available evidence suggesting the short-form video social-media platform has well over 100 million monthly active users in the U.S. (the private company doesn’t regularly disclose user data). Shein, which only sells its clothing online, needed just three years to go from fast-fashion niche player to the leader in U.S. sales, overtaking H&M and Zara, according to Bloomberg Second Measure data.

American policymakers are retrenching, increasingly pushing a message of economic nationalism as tensions boil between the two geopolitical foes.

The previous and current White House administrations, along with Congress, have blacklisted several prominent Chinese companies, including telecommunications giants Huawei and ZTE. Concerns about ByteDance’s ties to Beijing also threaten TikTok’s status in the U.S., a sign of how quickly fortunes can turn for Chinese companies in Washington. In addition, hundreds of Chinese companies (including Pinduoduo and NetEase) face delisting from American stock exchanges amid a dispute over Beijing’s refusal to grant access to corporate financial audits.

Chinese business leaders, in turn, don’t expect the friction to fade anytime soon. In a survey earlier this year of 111 Chinese companies operating in the U.S., nearly half said they expect U.S.-China bilateral relations to “substantially worsen” or “moderately worsen” in the near term, while only 10% forecasted improved relations, according to the China General Chamber of Commerce–USA.

American consumers also have remained loyal to many trusted brands, shunning Chinese competitors angling for part of the U.S. market. Alibaba, for example, hasn’t come anywhere close to competing with Amazon in the States, struggling to get even a toehold in the e-commerce market (its primary U.S. app, AliExpress, ranks 31st in the Apple App Store shopping category).

Chinese companies forecasting an extended economic drought at home ultimately might decide the potential riches from U.S. expansion are worth the risk. For those setting sail toward American soil, expect choppy waters along the way.

Going once, going twice. Amazon is expected to make a multibillion-dollar bid to buy health care company Signify Health, a potential acquisition that would further bolster its growing medical portfolio, the Wall Street Journal reported Sunday. The e-commerce giant could be competing at an auction next month with CVS, UnitedHealth Group, and another corporate bidder for the tech-centric company. Shares of Signify Health, which helps employers, health systems, and other organizations manage in-home care, jumped 33% in midday trading Monday, bringing its market cap to $6.6 billion.

Hitting the brakes. Ford announced layoffs Monday totaling 3,000 white-collar employees, or 6% of its salaried workforce in the U.S. and Canada, as the automaker continues to shift its operations toward producing more electric vehicles, the Associated Press reported. In an email to employees, executive chairman Bill Ford and CEO Jim Farley said the layoffs are part of “reshaping virtually all aspects of the way we have operated for more than a century.” The job cuts do not impact Ford’s roughly 56,000 union factory workers.

Couldn’t hack it anymore. The chief executive of Israeli spyware company NSO Group has resigned, and the firm plans to lay off about 100 people, the latest hits to the controversial enterprise, Reuters reported Sunday. NSO Group CEO Shalev Hulio, who cofounded the private company in 2010, has steadfastly defended the outfit against claims that authoritarian regimes used the organization’s Pegasus spyware to hack the phones of dissidents, human rights activists, and politicians, among others. NSO Group has struggled financially following multiple government and nonprofit investigations into usage of Pegasus.

Boom before the bust. Internal documents showed cryptocurrency exchange FTX saw its year-over-year revenue increase 11-fold in 2021 as digital asset values boomed, CNBC reported Saturday. FTX’s remarkable growth, which resulted in $1 billion in revenue last year, is expected to dramatically slow in 2022 following a sharp decline in cryptocurrency prices. The exchange had $2.5 billion in cash and profit margins of 27% last year, according to the documents.

Let’s get Weird. Roku is betting on the inimitable parodist and polka enthusiast “Weird Al” Yankovic (among others) to pull the streaming company out of its freefall. The New York Times reported Monday that Roku, whose shares are down 69% year to date, hopes to reverse its fortunes through heavy investments in original programming, such as a $12 million biopic of Yankovic (Harry Potter alum Daniel Radcliffe stars). Other recent and future projects include a revival of shows from the ill-fated Quibi platform, an action-comedy series from Kevin Hart, and the home renovation program Murder House Flip (which is exactly what it sounds like). The content airs on a free, ad-supported channel available through the Roku platform, a secondary revenue source that hasn’t been enough to stem a slowdown in hardware sales growth.

Roku became a trending topic on Twitter at the end of July when it released the trailer for Weird as part of its upfront presentation, which the company says resulted in $1 billion in commitments from the seven major advertising agency holding companies for the upcoming television season.

Yet Roku’s expansion into originals comes at a difficult time for the company. During its second-quarter earnings call last month, the company pulled its full-year guidance because of the challenging advertising environment and lowered its third-quarter estimates to only 3 percent growth in total net revenues.

How semiconductor ‘democracy chips’ can play a vital role in U.S.-Taiwan diplomacy as threats from China mount, by Tristan Bove

Elon Musk has reportedly considered investing in a rival to his Neuralink brain computing startup, by Alena Botros

Read this article before Google flags it and takes it down as clickbait, by Will Daniel

Crypto bosses like me are having to let go of some of the most talented people in America. Here’s why you should jump on hiring crypto castaways, by Maxim Galash

The metaverse is replacing the office. Meet the gamified workforce of the future, by Val Vacante

Help desperately wanted. If you announce it, they’ll come build it. At least, Intel hopes that’s the case for construction workers. The Associated Press reported Monday that a brigade of out-of-state, blue-collar contractors likely will be needed to build the chipmaker’s mammoth, $20-billion–plus manufacturing plant on the outskirts of Columbus. Regional officials expect about 7,000 trades workers will help assemble the facility over the next few years, straining the local labor pool. However, Buckeye State labor leaders said they’re being inundated with calls from union members in far-flung states, asking about the opportunities available in the so-called Silicon Heartland. Added one central Ohio trade association official: “I don’t know of a single commercial construction company that’s not hiring.”