How semiconductor ‘democracy chips’ can play a vital role in U.S.-Taiwan diplomacy as threats from China mount 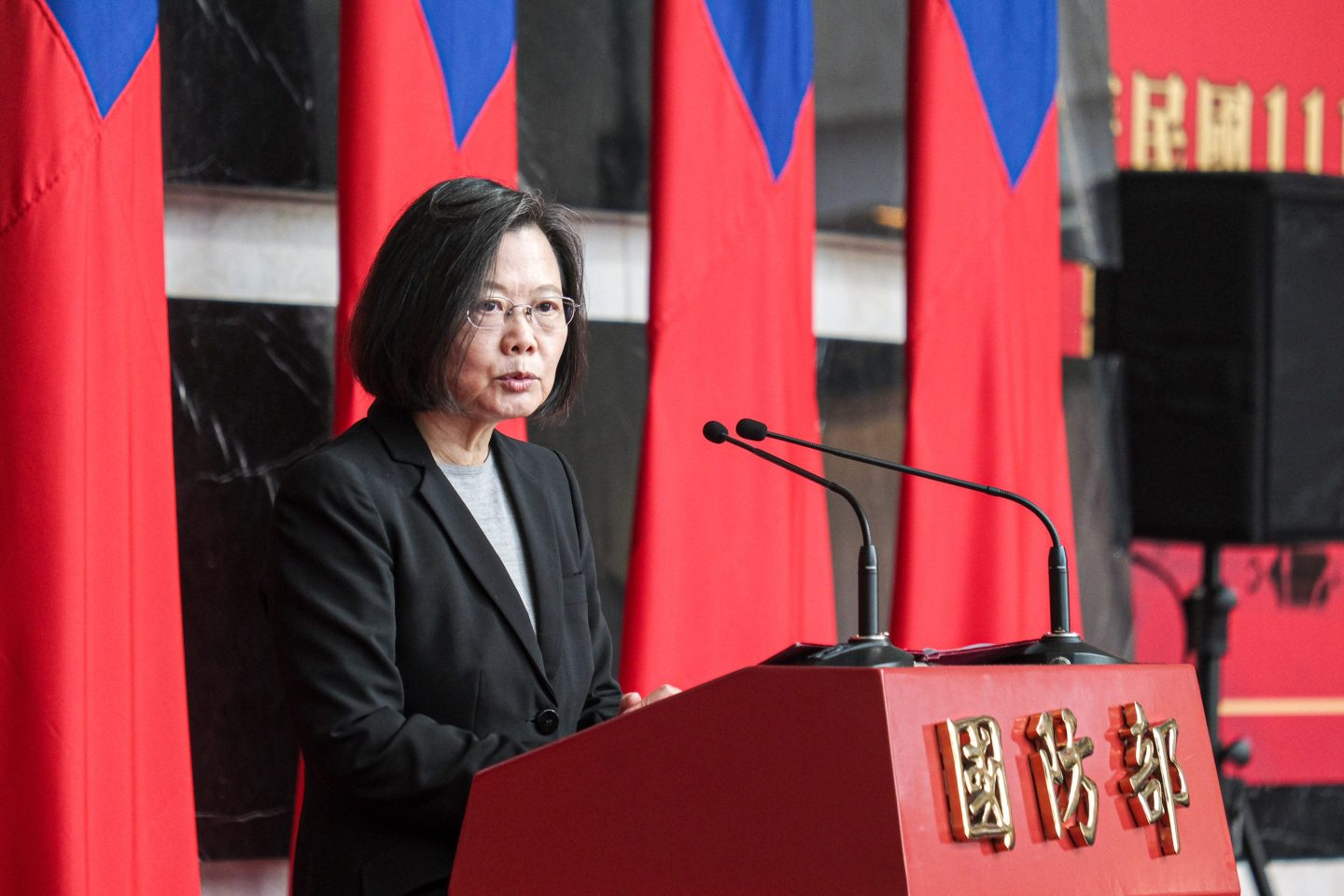 Despite antagonistic military threats from mainland China, Taiwan’s semiconductor manufacturing industry remains a critical cog in global supply chains, and both Taiwan and the U.S. know it.

Taiwanese President Tsai Ing-wen recently referred to Taiwanese semiconductors as “democracy chips,” and suggested Taiwan’s democratic allies would need to step in and cooperate with the nation as it faces increasingly hostile and militant intimidations from across the Taiwan Strait.

Tsai made the remarks during a recent visit to Taiwan by Indiana governor Eric Holcomb, the third visit by a senior U.S. government official to Taiwan this month, following in the footsteps of House Speaker Nancy Pelosi’s high-profile visit and the later arrival of a delegation led by Massachusetts Senator Ed Markey.

“Taiwan is willing and able to strengthen cooperation with democratic partners in building sustainable supply chains or democracy chips,” Tsai said during a live-streamed greeting ceremony for Holcomb’s delegation on Monday.

Taiwan has cornered a massive share of the global chip manufacturing market, and for Tsai, the country’s chip dominance is destined to play a vital role for Taiwanese diplomacy as threats from China mount.

Taiwan is home to 92% of global manufacturing for the world’s most advanced semiconductors, vital components used to make everything from smartphones to cars tick.

Most of the world—including both China and the U.S.—is dependent on Taiwan for the island’s semiconductor capacity. China aggressively curbed trade with Taiwan earlier this month over Pelosi’s visit when it limited imports of fish and fruit—but semiconductors were conspicuously spared from the package, given China’s reliance on Taiwanese chip manufacturing.

But Taiwanese chip manufacturing companies remain a critical part of global supply, and likely will for some time.

The Taiwan Semiconductor Manufacturing Co. (TSMC) alone accounts for more than half of the global market for made-to-order chips, and during her recent visit to Taiwan, Speaker Pelosi met with TSMC chairman Mark Liu to discuss plans for the company to build more factories on U.S. soil.

Both President Tsai and Governor Holcomb reiterated the importance of Taiwanese chips in global supply chains affecting both countries during Monday’s remarks, as well as intentions to strengthen economic relations between Taiwan and Indiana.

Purdue University recently partnered with Taiwanese manufacturer MediaTek to build a new chip design center on the Indiana university’s campus. Purdue had previously partnered with TSMC, which established a joint center for semiconductor research in Indiana in 2019.

Tsai said Indiana was poised to become a U.S. leader in chip manufacturing with the passing of the CHIPS Act, while Holcomb added that his government had already signed multiple memorandums of understanding with Taiwanese chipmakers for similar partnerships. Holcomb is set to meet with more representatives of Taiwanese chip manufacturers this week to iron out similar deals.

“There are more opportunities ahead of us than I think there ever have been before for us to strengthen, cultivate and nurture our relationship,” Holcomb said. “This very type of economic engagement is very important to both of us.”

While most of the summit between Tsai and Holcomb was dedicated to expanding economic relations between Indiana and Taiwan, some space was left aside to remind the U.S. that the supply of Taiwanese chips—and the future of the island—are at their highest risk in years.

“Taiwan has been confronted by military threats from China in and around the Taiwan strait,” Tsai said. “At this moment, democratic allies must stand together and boost cooperation amongst all areas.”

China began staging intense and frequent military drills around the Taiwan Strait after Speaker Pelosi’s high-profile trip to the island nation, a diplomatic visit Beijing was strictly opposed to.

China is intent on pursuing a strategy to reintegrate Taiwan into the mainland, as Beijing considers the island to be a breakaway state.

Taiwan’s government has countered by saying Beijing has no right to decide the island’s future, and said it was prepared to “respond as necessary” to the Chinese military drills.

During her summit with Holcomb, Tsai reiterated the need for Taiwan’s democratic allies such as the U.S. to cooperate despite the risk of incurring China’s ire, citing common values between the two countries.

“Taiwan and the United States are democracy and freedom-loving partners, and key security and economic allies in the Indo-Pacific region,” Tsai said.

Tsai described economic stability and proposed partnerships between Taiwan and the U.S. as an “important pillar” of security in the region.