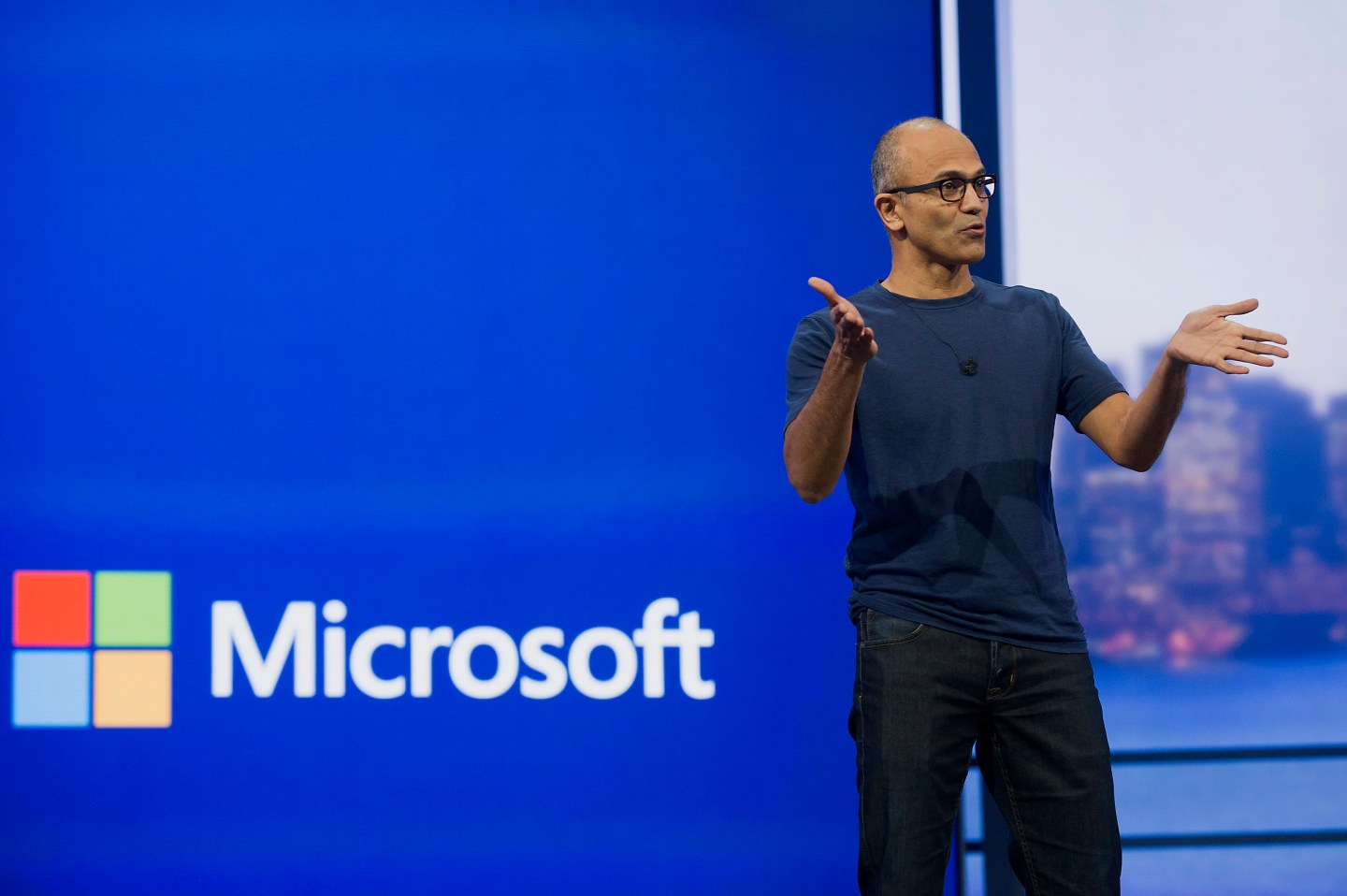 The Big Tech giants powered past their respective headwinds—slower ad growth at Google and YouTube for Alphabet, weak PC and video game sales at Microsoft—partially due to solid cloud computing sales. While both companies fell fractionally short of analysts’ cloud revenue estimates, growth in that highly promising business (36% at Alphabet, 40% at Microsoft) helped drive share price jumps for both companies in mid-day trading Wednesday.

With earnings season now in full swing, the results provide another piece of evidence that—at least for now—companies continue to spend at a consistent clip even as consumers put away their pocketbooks.

“We will be exposed to consumer-driven businesses and (small- and medium-sized businesses), but at some level, our strength as a company is much stronger in the core commercial,” Microsoft CEO Satya Nadella said during Tuesday’s earnings call.

Despite some of the doomsday projections for tech earnings (guilty as charged), several tech companies that make their bones off the commercial class, rather than working class, have  surprisingly upbeat results from the most recent quarter.

Three of the world’s top chipmakers have brushed off concerns about a semiconductor slowdown, each receiving a modest pop in stock price on the back of commercial and industrial clients.

That report came one day after NXP Semiconductors also beat analyst forecasts and issued a bullish outlook on the current quarter, thanks to strong automotive and industrial chip demand.

By comparison, companies primarily driven by consumer spending are pumping the brakes.

Twitter and Snap, which draw virtually all of their revenue from consumer-driven advertising, also fell far short of expectations last week as companies tighten their marketing budgets.

In addition, Verizon and AT&T shares sank last week after both wireless companies reported mobile phone subscribers are feeling the effects of inflation.

On the whole, though, it’s better to be in business with corporate America than the casual consumer these days.

P.S.: Fortune’s latest newsletter, CHRO Daily, is launching Monday, Aug. 1. This dispatch will feature news, analysis, and tips for HR executives, helping them navigate their ever-evolving role. The newsletter will cover hiring strategies, the transition to hybrid and remote work, employees’ occupational needs, and other topics central to the HR department. Amber Burton, who joined Fortune this month after prior stints at Protocol and The Wall Street Journal, will be your guide through all things HR. To sign up, click here.

Headed for the backburner. Senate Majority Leader Chuck Schumer told attendees at a fundraiser that a bill designed to blunt the power of tech giants lacks the votes needed to break a filibuster, Bloomberg reported Tuesday, citing sources who attended the event. The purported comments cast more doubt on the future of the American Choice and Innovation Act, a package that would, in part, prevent large tech companies from pushing their own products and services ahead of competitors on their respective online platforms. The bill’s co-sponsors have disputed claims that they lack the 60 votes needed for passage, pushing Schumer to hold a floor vote ahead of Congress’ early August recess.

Too open for business? Federal investigators are reviewing whether cryptocurrency exchange Kraken violated U.S. sanctions by allowing users in Iran to trade digital assets on the company’s platform, The New York Times reported Tuesday, citing five sources with knowledge of the inquiry. The Treasury Department’s Office of Foreign Assets Control is expected to fine Kraken following a three-year investigation into the private company. An internal spreadsheet distributed to Kraken employees last month showed about 1,500 users in Iran.

Storm clouds brewing. If Microsoft is going to take on the federal government and Amazon, it’ll need some help from its frenemies. The Wall Street Journal reported Wednesday that Microsoft is trying to enlist several other Big Tech players in a lobbying effort targeting the U.S. government’s preference for Amazon as a cloud contractor. Microsoft officials are pushing government agencies to take a multicloud approach to their digital infrastructure needs, a tactic that would spread federal spending across more companies. Microsoft’s targeted team of rivals includes Alphabet’s Google, Oracle, IBM, VMware, Dell, and HP. Amazon dismissed the effort as a self-serving drive by Microsoft, arguing that public-sector customers should have the freedom to choose the best vendor.

Microsoft has grown frustrated about its lack of progress selling its Azure cloud services to the U.S. federal government with its rival’s Amazon Web Services continuing to win most of those contracts, said some of the people familiar with its efforts.

A Microsoft spokeswoman said the company “has consistently advocated a multicloud approach as a commercial best practice, and almost all companies have adopted this.” The company, she added, works “with other companies and trade associations to encourage the federal government to adopt the same strategy.”

Want your company’s A.I. project to succeed? Don’t hand it to the data scientists, says this CEO, by Jeremy Kahn

Supermarket chain under fire over its use of ‘Orwellian’ facial recognition technology and ‘secret watch-lists’ to cut crime, by Alice Hearing

Reddit co-founder Alexis Ohanian says he’s ‘very serious’ about his offer to save the Choco Taco, by Christine Mui

GTA grows up. Is Grand Theft Auto finally ready to clean up its act? The video game embodiment of violence, misogyny, transphobia, and otherwise crude behavior for 20-plus years will look a little less bawdy with its latest release, changes that reflect a cultural shift within the game’s developer, Rockstar, Bloomberg reported Wednesday. The rehabilitation effort follows complaints from Rockstar employees about a frat-like scene at the Take-Two Interactive Software division, which has fostered a more progressive workplace over the past few years. Rockstar hasn’t yet provided a release date for GTA 6—likely in 2024 or 2025—but it’s expected to avoid jokes targeting marginalized communities and feature the franchise’s first female protagonist. It’s a start, I suppose.