Snap shares are tanking once again. How much is TikTok to blame for the social media company’s woes? 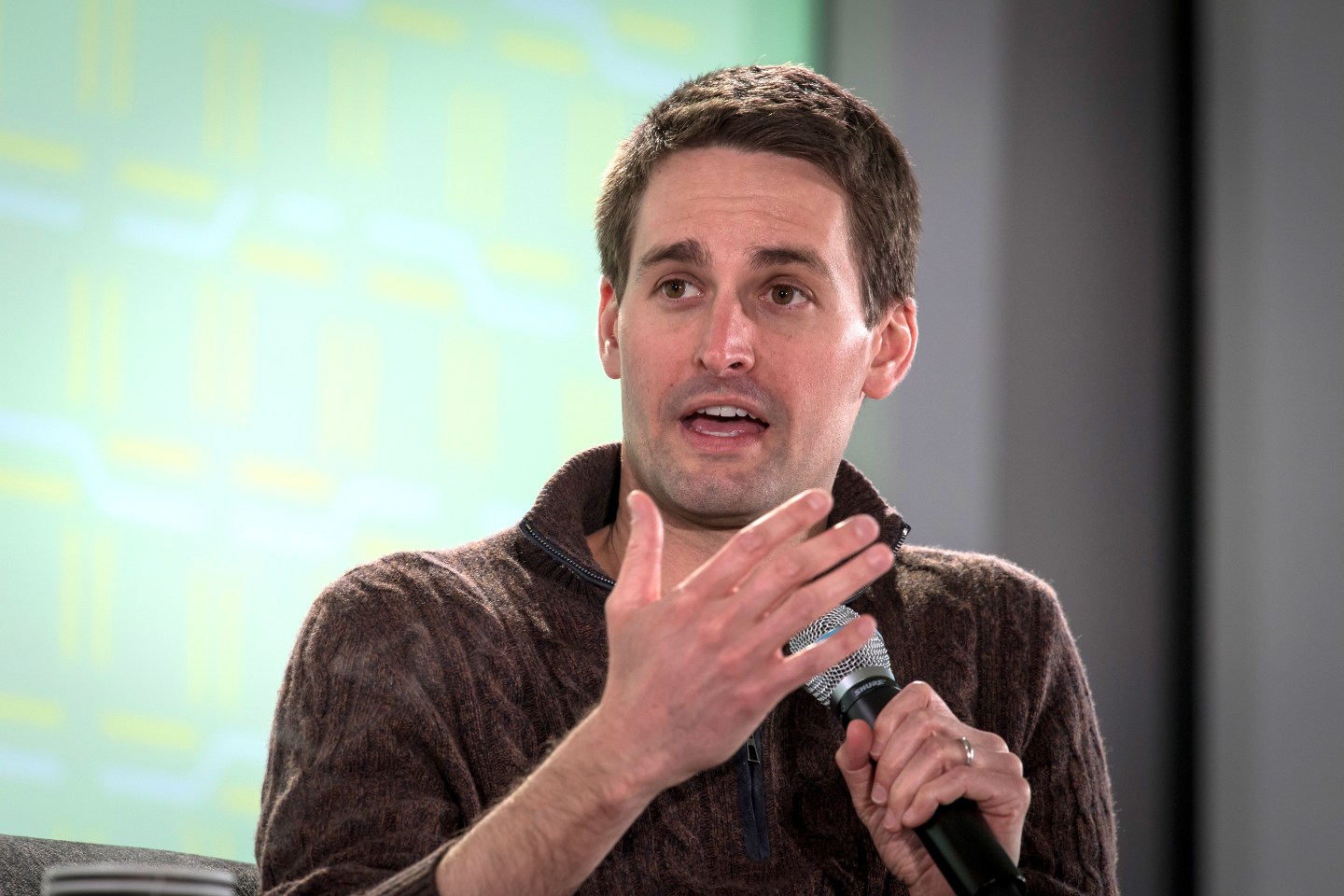 It may be scorching outside, but the digital advertising market is awfully chilly.

At least, that’s what Snap executives argued Thursday—even if the full forecast might be more complicated than they say.

Snap’s leadership blamed a fast-deteriorating global advertising market following the release of middling second-quarter results, which fell slightly short of Wall Street’s revenue and earnings estimates. As a result of the rapidly shifting terrain, Snap officials refused to provide guidance for the current quarter, other than to note that July revenue so far is “approximately flat” year-over-year. Those comments sent Snap shares tumbling 39% in mid-day trading Friday, marking the company’s second major stock collapse this year.

Snap executives largely pinned the dour performance and outlook on a rapid pullback among advertisers, who are tightening their purse strings amid a period of economic uncertainty. About 99% of Snap revenue is generated by ads.

Social media rival Twitter, which is nearly as dependent on ad dollars, lent that argument some credence Friday morning when it reported second-quarter revenue of $1.18 billion, well short of analyst estimates of $1.32 billion, and down 1% from the year before. Twitter executives didn’t hold an earnings call, citing the company’s pending sale to Elon Musk, but they noted in a press release that “advertising industry headwinds associated with the macroenvironment” contributed to the revenue miss. (Twitter also blamed the uncertainty around the Musk acquisition for the revenue decline).

Snap and Twitter officials may well be right that the current advertising landscape is too cold for any marketing-dependent organization to bear. But investors have reason to wonder if there’s a bigger problem afoot at the two companies.

While Snap and Twitter reported sequential quarterly jumps in daily app usage (about 5% and 4%, respectively), both companies are getting swallowed up to an extent by the ByteDance-owned behemoth.

As a private company, TikTok doesn’t regularly report its usage data. But the company confirmed in September 2021 that its monthly active user count exceeded 1 billion. It’s not a perfect apples-to-apples comparison, but Snap and Twitter reported a combined 585 million daily active users this past quarter.

More concerningly, Snap and Twitter aren’t holding eyeballs for nearly as long as TikTok. A recent analysis by Similarweb suggested that TikTok users spent an average of 1 hour and 22 minutes each day on the app in March, far more than users of Snap (19 minutes) and Twitter (23 minutes).

Social media platforms might have weathered that disparity better in the past through superior advertising technology, but Apple’s operating system privacy changes last year have forced companies to re-engineer their targeted marketing systems.

“After spending many years denying that competition from TikTok is an issue, it may turn out that Snap’s usage and advertising growth is actually far more challenged than they knew,” analysts at MoffettNathanson wrote following Thursday’s earnings release, according to MarketWatch.

The accuracy of Snap’s analysis will become clearer next week, when advertising heavyweights Alphabet, Meta, Amazon, and Microsoft report their second-quarter earnings. If those companies, whose ad sales far outpace Snap and Twitter, also underwhelm on revenue, the case for an ad winter could be unimpeachable.

Until then, keep the parka in the closet.

Feeling the heat. South Korean authorities conducted a series of raids this week as part of a criminal investigation into the $60 billion collapse of the TerraUSD and Luna cryptocurrency tokens, Bloomberg reported Thursday. The raids included a search of the home of Terraform Labs co-founder Daniel Shin, who has tried to distance himself from the company and his fellow founder, Do Kwon. In a separate development, the two founders of crypto hedge fund Three Arrows Capital ended their five-week silence in an interview with Bloomberg, accepting some responsibility for risky bets that led to the demise of their firm last month.

Sell this phone company? Verizon shares slipped 7% in mid-day trading Friday after it lowered its profit and revenue forecasts for the second half of the year, The Wall Street Journal reported. The telecom giant has warned that rising interest rates and higher-than-expected operating costs would weigh on its bottom line in 2022. Verizon also reported virtually flat year-over-year revenue and phone connections in the second quarter, along with earnings that barely missed analyst estimates.

A new power couple. Ford confirmed Thursday that it plans to buy lithium-iron batteries for electric pickup trucks and SUVs from China’s CATL as part of a broader partnership between the two sides, Reuters reported. With the agreement, Ford said it has secured about 70% of the battery capacity needed to reach its goal of producing 2 million electric vehicles annually by 2026. Lithium-iron batteries are cheaper than their lithium-ion counterparts, but they offer less charging range.

Does the cloud have a break room? Venture capital titan Andreessen Horowitz is abandoning its Silicon Valley headquarters in favor of offices spread across the country, the latest sign of a shifting real estate landscape tied to remote work. The tech and crypto VC outfit said its headquarters “will be in the cloud,” allowing the organization to recruit from a wider labor pool. Andreessen Horowitz leaders said Silicon Valley’s “network effect” is less appealing in an era of hybrid and remote offices.

Might need a referral. Amazon’s venture into primary health care has one patient shaking in his disposable robe: The Washington Post’s Geoffrey A. Fowler. The tech columnist laid out his worries about patient privacy and care quality Friday following Amazon’s announcement of plans to acquire 1Life Healthcare, the parent company behind the One Medical network of clinics, for $3.9 billion. Fowler, a patient of One Medical for 13 years, questioned how Amazon might utilize troves of patient data in conjunction with its many other business outlets. His fears aren’t necessarily unfounded, according to prominent medical ethicist Arthur Caplan, who said Fowler “should be feeling hyper nervous and a little bit depressed.”

Amazon executives frequently say the company is driven by “customer obsession.” That might apply to delivering products in two days, but I’ve seen little evidence over the last decade that the company puts a priority on our privacy—or that it has the kind of ethical culture that can make the right choices about the human ramifications of its technology.

There are so many examples: Amazon eavesdropping on our conversations, its Ring doorbells bringing police surveillance to our doorsteps and Amazon Sidewalk siphoning your internet connection without permission.

Leaked documents reveal Amazon managers’ process to review employees’ worth to the company and pay, by Tristan Bove

How much legal trouble do Celsius and Three Arrows Capital execs face? Possibly a lot, by Taylor Locke

China has a stranglehold on the world’s supply of critical rare earths. These firms are trying to loosen its grip, by Eamon Barrett

Inside the crypto collab between Sam Bankman-Fried and Wall Street’s ‘Flash Boys’ exchange, by Declan Harty

A new generation of data scientists could be our best weapon against climate change, by Weiwei Pan

Influencing the law. Crypto Twitter gets a lot of well-deserved flak for its unbridled optimism and relentless shaming of skeptics, but some credit is due to @cobie. As The Verge noted Thursday, it appears the popular crypto influencer (real name: Jordan Fish) set in motion this week’s arrest of former Coinbase employee Ishan Wahi on charges related to insider trading at the company. Cobie tweeted in April that he had spotted suspicious purchases of tokens just before Coinbase announced they would be listed on its trading platform. Coinbase replied the following day that it was investigating the trades, and the FBI quickly followed suit. The U.S. Attorney’s Office for the Southern District of New York said Wahi’s arrest is the first involving insider trading charges and cryptocurrency markets.