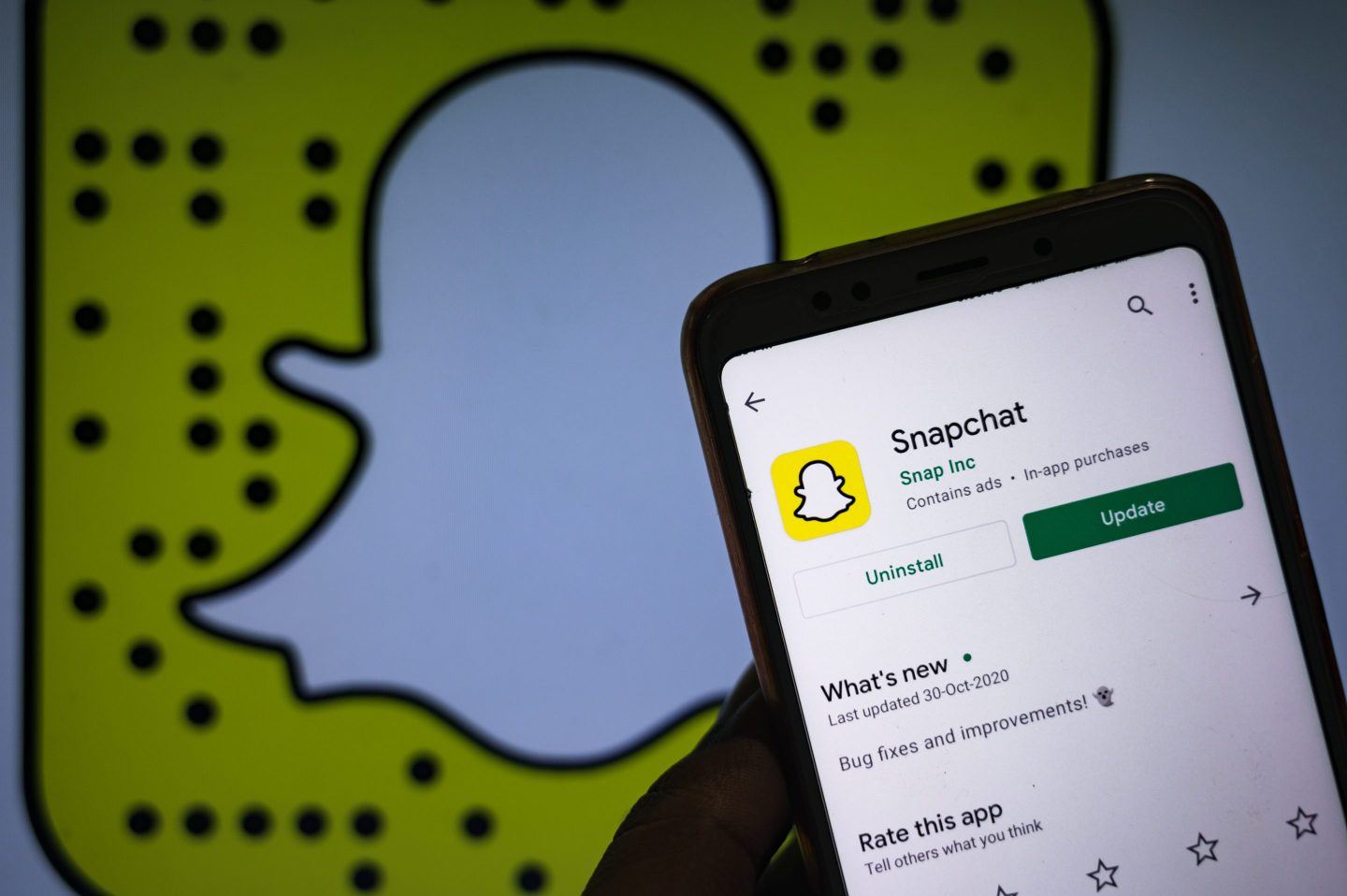 Snap's Q2 earnings have been described as a "nightmare."
Soumyabrata Roy—NurPhoto/Getty Images

Snap’s “nightmare” second-quarter earnings led to another brutal tech selloff, with investors concerned about what the company’s latest report said about social media’s ability to monetize its platforms through advertising.

Shares of Snap, which have lost almost two-thirds of their value since the beginning of the year, were trading 35% lower shortly after the opening bell on Friday.

The company’s earnings reports have become a focal point for investors trying to evaluate whether the economic climate is impacting businesses’ advertising budgets.

Snap’s disappointing earnings report—dubbed “awful” by market watchers at Vital Knowledge—led to more than $75 billion being wiped off of American social media giants’ stock market values, while stocks in the digital advertising space also saw losses in the wake of the company’s results.

Even after reducing its forward guidance in May, the company’s second-quarter earnings failed to meet Wall Street analysts’ expectations.

The company reported revenues of $1.11 billion in the three months to the end of June, coming in just below analysts’ estimates of $1.13 billion, according to the Financial Times.

However, the figure still marked a 13% year-on-year increase in revenue.

The company revealed plans to “substantially” slow hiring after conceding that the second quarter had been “more challenging than we expected.”

In a statement on Thursday, Snap CEO Evan Spiegel said the company was diversifying its business model to “reaccelerate revenue growth,” which included “investing heavily in our direct response advertising business.”

Snap said in a letter to investors on the same day that external companies were cutting their digital advertising budgets amid rising economic uncertainty and inflationary pressure.

The company also noted that Apple’s privacy changes—notably its Identifier for Advertisers (IDFA), which asks device users whether they want to allow individual apps to track their data—had made targeting advertising more difficult.

‘Things could definitely get worse’

Scott Kessler, vice president and global lead for industrial materials and energy at Third Bridge, told Fortune in a phone call on Friday there’s “no question that conditions are such where things could definitely get worse” for both Snap and the wider advertising industry.

“You have a number of obvious headwinds, starting with IDFA,” he told Fortune. “You also have the negative effects of coming out of the pandemic where a lot of these companies benefited handsomely, and now we’re seeing the flip side of that, and we’re also seeing the direct impact of an uncertain economy at best and a recessionary one at worst.”

He added that companies were “not particularly aggressive” with their advertising campaigns at this time of year, which added an element of “unfavorable seasonality” to those headwinds.

Dan Ives, an analyst at Wedbush, argued in a note to investors on Friday that Twitter’s quarterly earnings, while disappointing, were not as bad as Snap’s.

“When compared to the nightmare quarter of Snap last night, [Twitter’s results] show digital ad spending is not falling off a cliff like feared, which is a positive for others in the space such as Facebook, Pinterest, and Google.”

Dr. Robin Robin, a lecturer in marketing at Oxford Brookes Business School, told Fortune in an email on Friday that the “rising star” of TikTok in the social media sector would continue to disrupt the digital marketing space.

“However, the stock decline amongst social media companies will only push them to adapt their offerings,” he said. “For instance, Snap launched Snapchat+ and its own web-based version of the app, and Facebook is set to adapt its feed style to focus on recommending new content, following the model of their competitor TikTok.”

Robin noted that if there is a recession, it is “paramount” the companies not cut their advertising budgets, as they need to maintain their brand presence when consumers become less willing to spend.

“But with inflation and recessions, companies will definitely rethink how they use their advertising budgets between using traditional media such as TV, or social media companies to advertise,” he said.

“The choice to increase or lower their budgets on social media ads will depend on many factors, including the demographics of their target and the products or services they provide.”

Angelo Zino, vice president and technology equity analyst at CFRA Research, said in a research note on Thursday that CFRA had cut its 12-month price target for Snap from $18 to $15 per share—but his long-term outlook for the company compared to other firms in the space remains positive.

“We are growing more concerned about business prospects given macro issues and rising competitive pressures, which is hurting advertiser budgets and creating lower bids per action,” he said.

“While the growth trajectory for ad spend across the social media space has come to a halt, we believe Snap remains better positioned than most to monetize the platform long term given healthy user engagement levels, an attractive installed base/young audience, and efforts in AR [augmented reality].”