With no smoking gun, Elon Musk hopes a legal fishing expedition is key to jilting Twitter 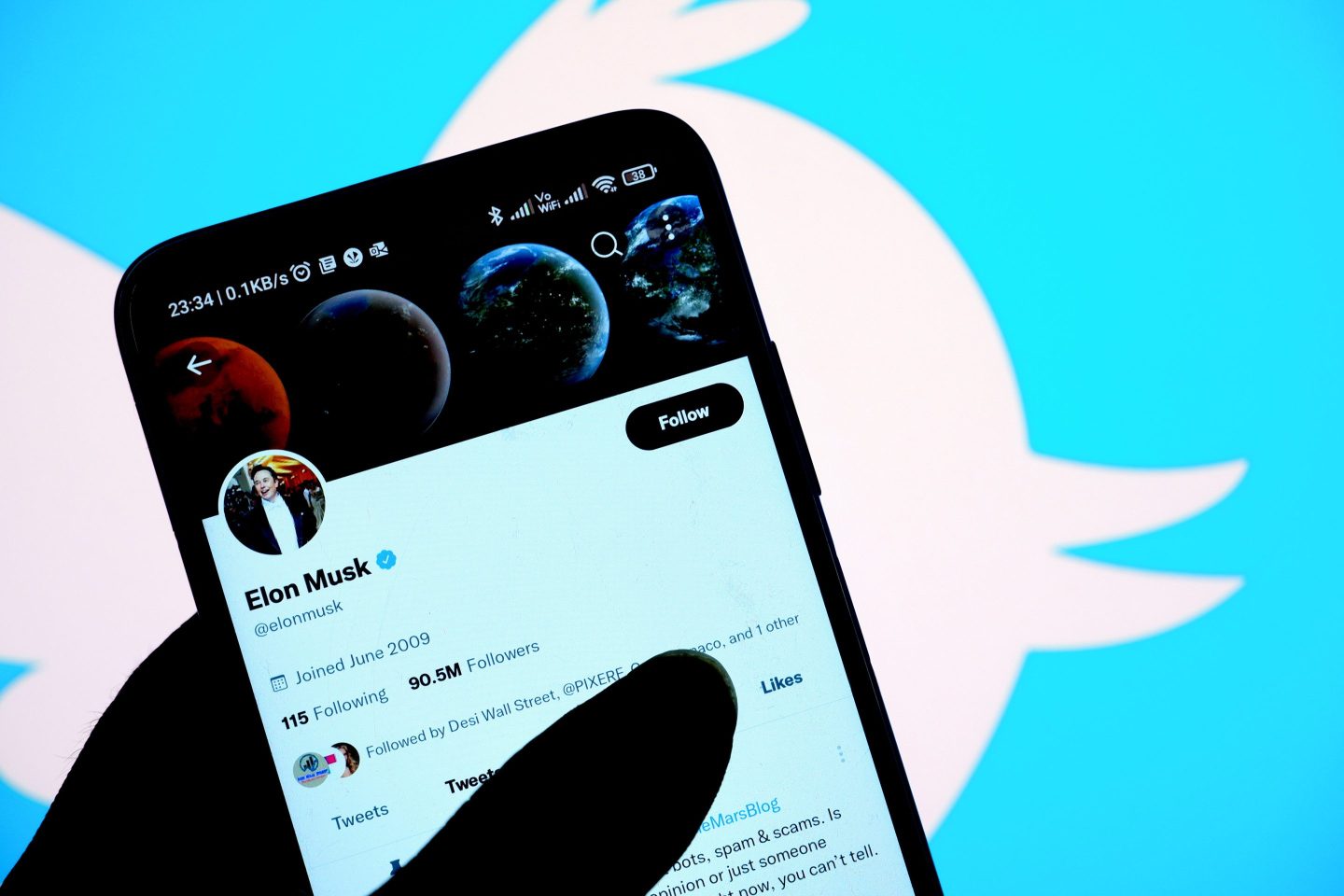 Tesla CEO wants a Delaware court to give him a fishing license to root around in Twitter's files in the hope of producing evidence that can substantiate his claim that the social media platform violated their contract.
Avishek Das—SOPA Images/LightRocket/Getty Images

Elon Musk’s $44 billion Twitter bid has turned into a fiasco for the Tesla CEO and it’s looking increasingly likely that he aims to ensure the same for his beloved social media platform.

Bereft of a smoking gun, Musk may be adopting a scorched-earth strategy in an attempt to extricate himself from the ill-fated and poorly timed deal.

Over the weekend, his legal team published its response to Twitter’s lawsuit to compel deal consummation that argued for a lengthy fishing expedition—known in legal terms as “discovery”—to hunt for evidence he can use against Twitter.

“Resolving these issues will require complex, technical discovery—including the forensic review and analysis of large swaths of data,” it argued.

Corporate lawyers fear such wide-open invitations to discovery since it grants broad license to snoop around in a company’s dirty laundry.

The implicit threat is not usually so much to find proof that might support one’s specific claims, but to dig up anything that could be damaging to the opposing party’s business or reputation. By threatening to release it into the public domain as evidence in a court case, it can provide crucial leverage for an out-of-court settlement.

What cause did Musk, himself a prodigious tweeter with 100 million followers, then cite to justify his fishing license?

“Since the Agreement was first signed, new facts have come to light that call into doubt the truthfulness of Twitter’s curiously static representation in SEC filings that less than 5% of its accounts are false or spam,” it said, arguing what resulted was two months of delays, evasive answers and refusals.

His lawyers cited the downward revision in monetizable daily active user accounts revealed with first-quarter earnings on April 28th, three days after the board and Musk signed, allegedly without having disclosed it prior. While certainly not desirable, its restatement affected less than 1% of its daily active user base, however — not likely to be deemed “material” in the eyes of a court.

Subsequently, in a meeting on May 6th, Musk was “flabbergasted to learn just how meager Twitter’s process was”, citing human reviewers randomly sampling 100 accounts per day—or 9,000 per quarter.

This however does not mean this number is not statistically insignificant, as sample sizes in polls routinely involve manually surveying minute numbers representative of the broader whole.

“If Twitter’s actual mDAU is materially less than represented, not only has Twitter made a misrepresentation that may justify rescission,” it wrote, using a term in contractual law for abrogating a deal, “but that is also likely to reduce Twitter’s value, which could constitute an MAE.”

These are two speculative statements of conjecture bookmarked on either end by claims made using nonspecific words like if and could. No evidence is provided, allegedly because Twitter didn’t fully comply with his requests.

Musk had not however been approached by the board to acquire the company in the hopes he tackles its presumed bot problem outside of the harsh glare of financial markets.

According to Twitter, Musk justified his unsolicited bid on April 9th by texting board chair Bret Taylor that “purging fake users” from the platform had to be done in the context of a private company, because he believed it would “make the numbers look terrible.”

In other words, Musk went into the deal eyes wide-open, assuming the worst.

The social media company, meanwhile, denies its information was limited and stands by its SEC disclosures, arguing nothing has occurred since signing to call them into question.

The consensus view on Musk pulling out of his Twitter deal has therefore been the Tesla CEO faces an uphill battle to prove his allegations, especially in Delaware where historical precedent favors the jilted party.

McCormick has scheduled the first hearing in Wilmington for Tuesday morning eastern time.

For a more comprehensive understanding of the situation, investors can turn to Twitter’s request to convene stockholders for an extraordinary meeting to approve the deal.

The invitation, which includes the entire April 25th purchase agreement, reproduces the correspondence over fake and spam accounts between Musk’s law firm and Twitter in full.

It offers a direct blow-by-blow timeline of how the deal unraveled, rather than the brief excerpts cited in its court filing.

One response to the claim its methods are inadequate, for example, earned this response from the social media company: “Mr. Musk has not identified any bases for questioning the adequacy of such methodologies or the accuracy of Twitter’s SEC disclosures.”

In Twitter’s view, he’s relying on a hunch.