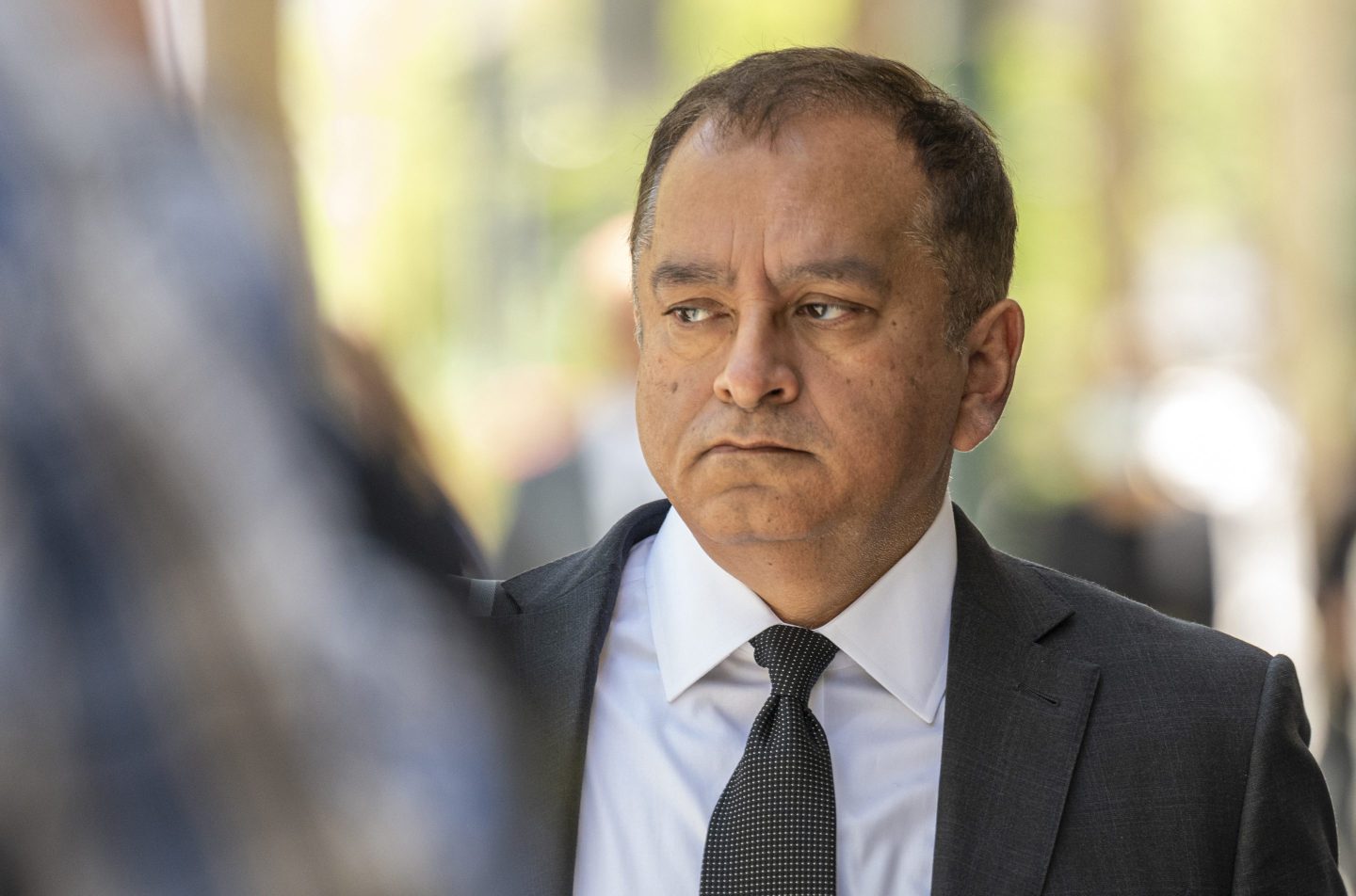 Former Theranos executive Sunny Balwani has been found guilty of all charges against him for his role in the collapse of the $9 billion blood-testing startup.
David Paul Morris—Bloomberg/Getty Images

The recent conviction of Theranos COO Sunny Balwani closed a chapter that began a few years ago when employees at the company noticed something was very, very rotten in Elizabeth Holmes’ biotech startup. That initial realization set these employees down a path most of us will never tread–but those who do have changed history, saved lives, and stopped fraud.

These Theranos employees brought government attention to the fraud taking place partially through the whistleblower provisions under the Securities Exchange Commission. If not for their brave actions Theranos would have most certainly wreaked more damage than it did.

In recent years, a string of whistleblowers have exposed corporate malfeasance that had otherwise fallen under the radar.  This has particularly been the case in the world of financial fraud, where, until recently, the SEC was an agency asleep at the switch. This created a Wild West of Enrons and Madoffs running amok. Enter the whistleblower. The Dodd-Frank Act created an SEC whistleblower rewards program under which successful whistleblowers can receive a 10-30% cut of any SEC recovery.  In the decade since the program launched, whistleblowers have led the agency to recover roughly $5 billion, re-energizing this once moribund enforcer.

There are other examples of how effective whistleblower reward programs can be in recouping taxpayer money and saving lives. The False Claims Act allows whistleblowers to act as private attorneys general who can sue in the government’s name and take a hefty slice of any recovery (15-30%).  Enacted during the Civil War to go after war profiteers defrauding the Union Army with lame mules and sawdust, the law has become the government’s main fraud-fighting tool.  Using this law, whistleblowers have been responsible for roughly 70% of the $70 billion the government has recovered under the statute over the past several decades.

The National Highway Traffic Safety Administration (NHTSA) offers another shining example with the Motor Vehicle Safety Whistleblower Act, which like the SEC program provides auto safety whistleblowers up to 30% of any NHTSA recoveries. Just a few years old, the program already has led to the largest penalties NHTSA ever assessed against a carmaker–all because one former Hyundai safety engineer bravely came forward to report safety defects in millions of Hyundai and Kia vehicles. Lives have most certainly been saved as a result of this whistleblower’s actions.

With Russia on the warpath, the U.S. is looking to whistleblowers to help it take a stand without directly entering the fray.  Whether reporting on money laundering, sanctions violations, or foreign corruption and kleptocracy, Congress has empowered whistleblowers to lend a much-needed hand with promises of protections and rewards. These are inducements Congress is poised to strengthen even further as Russia seems intent on a prolonged reign of terror.

Whistleblowers provide a window into the fraud and misbehavior that would otherwise go undetected. They have proven this time again. The bullies, the bandits, and those behaving badly may not like it. They often lead the charge in attempting to sideline and slight these modern-day gunslingers. But there is no denying that whistleblowers make this world a better and safer place for all of us. Who knows how long Theranos would have kept operating fraudulently were it not for the whistleblowers who took their concerns to authorities.

However, as much as Congress has done to pass all these important whistleblower programs, significant gaps remain. This means that there is likely fraud and consumer safety gaps that we don’t even know exist. Legislation to protect and reward whistleblowers in antitrust matters (DOJ), fair trade (FTC), consumer protection (CFPB), environmental safety (EPA), clinical trial fraud (FDA), and wildlife endangerment (FWS), just to name a few, has fallen short or been blocked entirely. There is no legitimate reason why.

We have come a long way in changing the narrative of the whistleblower as a snitch or meddler to the brave and selfless heroes they truly are. But there is a lot more we can do–both inside and outside Congress–to more broadly embrace the critical role of whistleblowers.  We will all be the better for it.

Gordon Schnell and Max Voldman are attorneys with Constantine Cannon, specializing in the representation of whistleblowers.