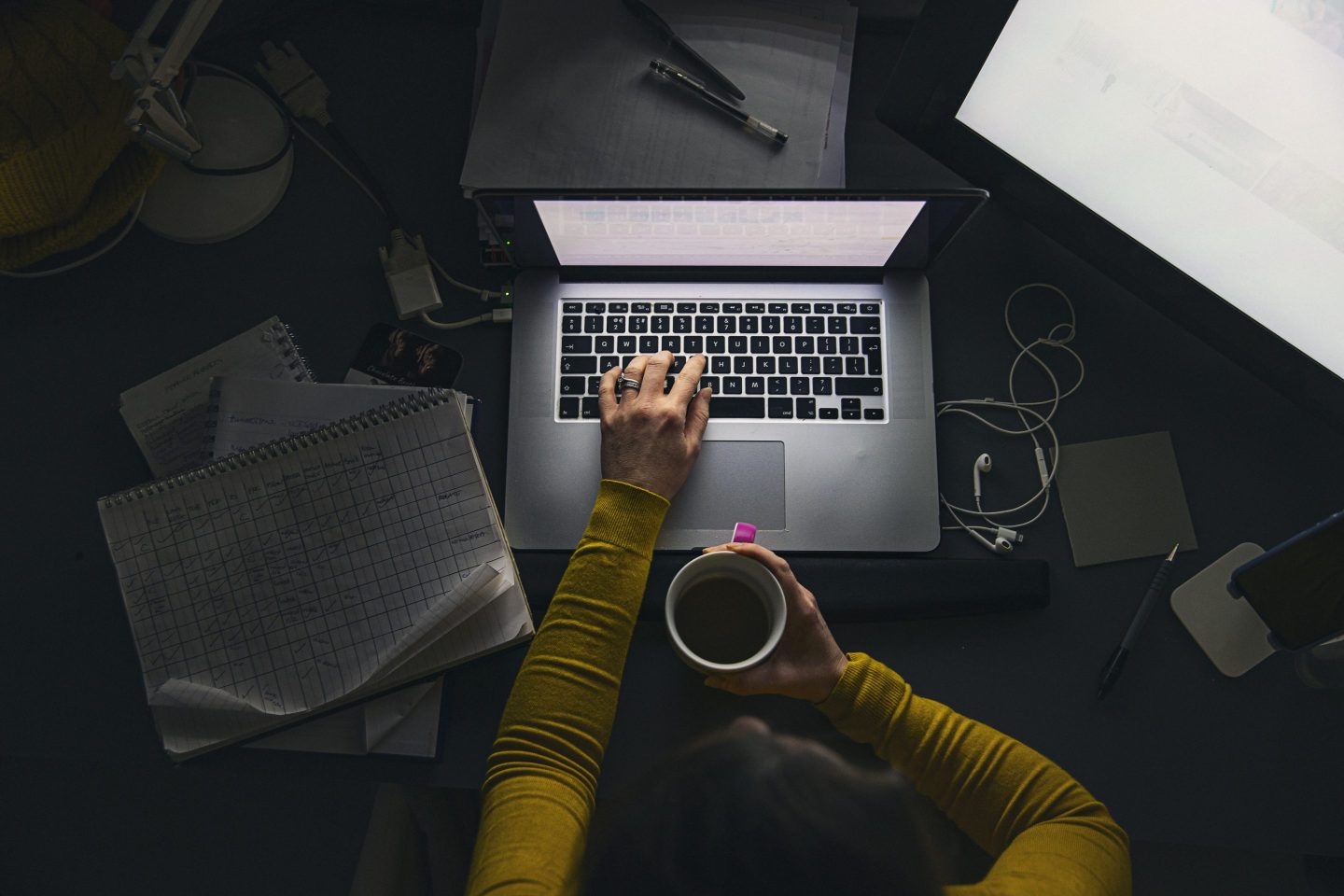 A side gig may boost employees’ self-esteem and increase productivity, but it can also erode their identification with their main job.
Getty Images

Side hustles. It seems like everyone has one. A whopping 69% of fully remote people have at least one side job. But the gig economy isn’t just for people working out of their living rooms. Thirteen million Americans have at least two regular jobs—a trend that is growing exponentially.

Given the unstable economy, these numbers aren’t too surprising: Around 46% of side hustlers use the extra cash to pay basic living expenses. What’s surprising is that between one-quarter to one-third of people don’t do it for the money. They do it for fun.

You could say there’s a new trend among the ultra-driven at work: career hoarding.

Career hoarders don’t work extra jobs because they have to, they do it because they want to. The fastest-growing population of multiple job holders is college-educated careerists who already hold high-earning jobs. These aren’t just younger workers: Soon-to-be retired people are among the crowd.

There’s been a cultural shift in how the well-to-do define what a “successful career” looks like. Thirty-plus years ago, people made it to the top through incremental raises and promotions, a stepwise approach that rewarded company loyalists with a healthy pension at the end. Employee-employer relationships were marriages that lasted years, often decades.

Now that climb to the top looks much windier. There are detours on the way, like starting a business, or seeking out new “growth opportunities.” In some cases, cluttering one’s life with extra side gigs is just a sign of power and influence.

Take, for example, CEOs who routinely serve on the boards of multiple other companies. Proudly announcing, “Sorry I’m late, I was in a board meeting” is a status flex. These positions allow CEOs to expand their influence beyond their own company and showcase how widely they’ve cast their net. Leaders set norms, so it’s no surprise that people see this behavior and think they too want a second, third, or fourth high-profile side job one day.

Perhaps the most surprising endorsement of career hoarding comes from the companies that you think would discourage it: the employers of our “main” jobs.

Companies are starting to explicitly encourage side hustles, reasoning that the knowledge gained from taking on a side gig can directly benefit employee growth and development—the primary career goal for a growing population of people.

If these side jobs “benefit society,” then they highlight the social impact employees are making. If they teach employees how the world of business works, then even better. Employers benefit directly from the knowledge people gain doing jobs they don’t pay them to do.

Is career hoarding a good or bad thing? The answer, of course, is complicated.

Aside from the obvious benefits of expanding people’s skills and networks, one of the surprising psychological benefits is that taking on—and even failing at—multiple jobs can protect your self-esteem.

Human beings are great at coping with failure by telling themselves, “Sure I failed at my startup, but my career as an Instagram influencer is off the hook!” The more things you have going for you, the less it stings when you bomb at one of them. We lean on the things we’re good at when the world gives us failure feedback.

There’s also the surprising finding that hustling makes people more productive at work, not less, at least according to them. One survey found that 69% of people with two full-time jobs felt more productive doing multiple jobs; 31% felt equally productive. Some even say that side hustles reduce stress, not increase it. Are these psychological justifications for being overworked? Maybe. But according to these employees, side hustles teach them time management and prioritization skills that they are not getting from their primary jobs.

Of course, there’s a cost. Burnout is an obvious one, and one of the strongest predictors of it is being cognitively overloaded at work and not having the mental capacity to juggle everything. A side job you spend 10 hours a week on could occupy 40 hours a week in your mind, a number most of us drastically underestimate. If your side job requires multitasking, there’s a good chance that you’re working a lot of hours but accomplishing very little. Multitasking is a myth. Side jobs exact a steep mental toll.

But perhaps the biggest cost to people—and organizations—is what career hoarding is doing to our identities at work. Having a strong “work identity” is a good thing. It provides people with a sense of security and legitimacy and it helps them develop strong ties and learn social norms.

People without main jobs struggle with these things. Being a happy “free agent” is a unicorn in the working world, but identities require upkeep. The more time you spend on side gigs, the more your identification with your main job will erode over time. Once identity erodes, organizations struggle to get people engaged. Being de-identified at work can lead you to take on side gigs, but side gigs can also lead you to be de-identified at work.

Over time, we may see a relationship between career hoarding and another phenomenon related to eroding identities: ghosting. In one survey of 900 employers, 83% had been ghosted by a new hire. The idea that you owe a company a polite decline—something that people who value relationships with people in their industry do—is nearly dead.

Career hoarding isn’t going anywhere­, but there are smart ways of doing it. If you’re thinking about taking the plunge, consider the toll your side gigs will not only take on your well-being but also on how strongly identified you are with your primary job. Because once that goes, it can be hard to get it back.

Tessa West is an associate professor of psychology at New York University. She is the author of Jerks at Work: Toxic Coworkers and What to Do About Them.