I was a senior executive at WeWork before it imploded. Here’s the one behavior that could have saved the company 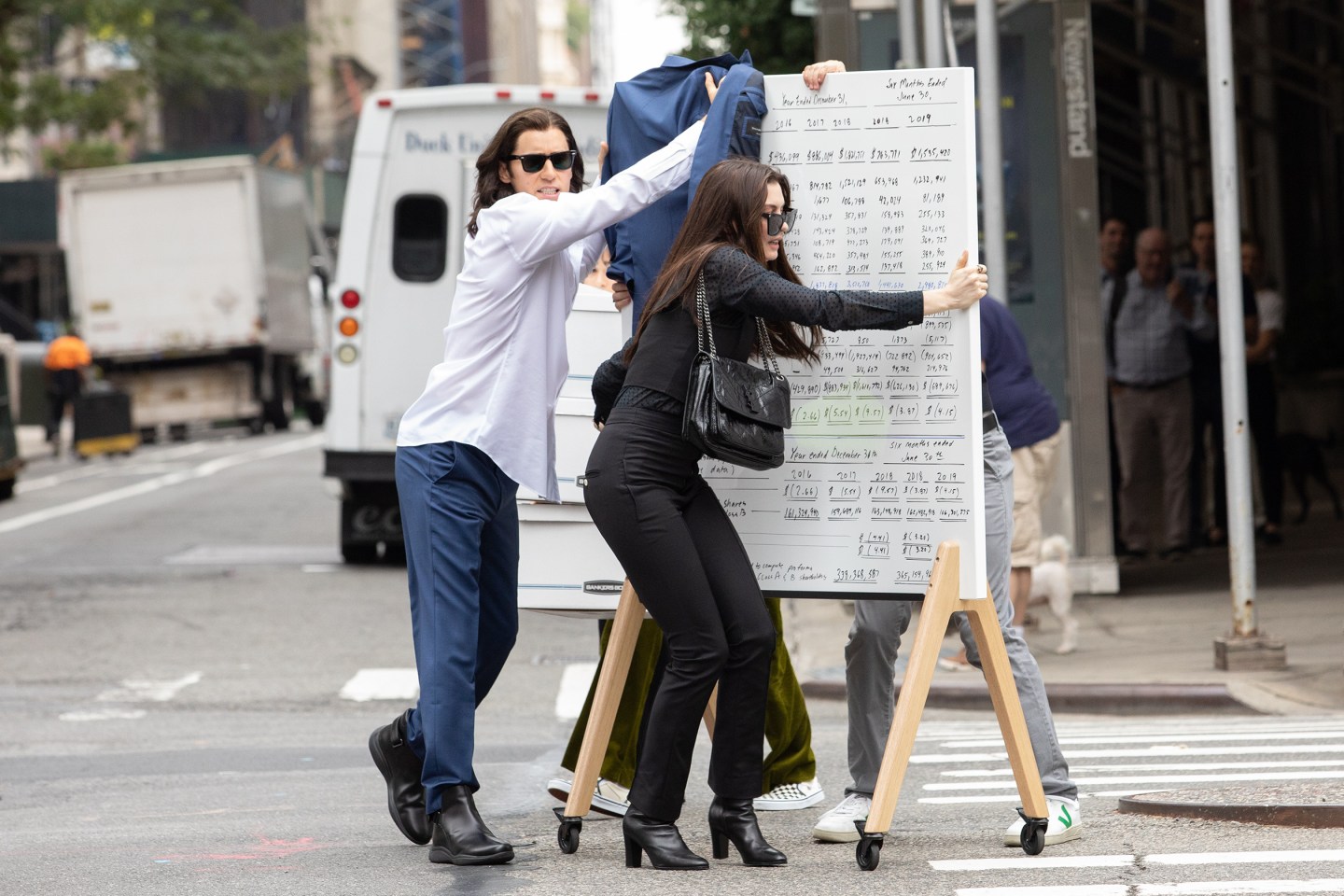 Anne Hathaway and Jared Leto are seen filming "WeCrashed" on Sept. 8, 2021 in New York City. The series focuses on Adam and Rebekah Neumann's relationship during the rise and fall of WeWork.
MEGA/GC Images/Getty Images

Since the series WeCrashed premiered on AppleTV+, my inbox and DMs have been blowing up with people wondering if it was all true. Did Adam Neumann really walk around barefoot everywhere? Did people really get fired for having “bad energy?”

I have been bombarded with questions because I was a senior vice president at WeWork from 2016 to 2017, where I not only witnessed the beginning of this collapse but also tried to stop it from happening.

I understand everyone’s fascination with Adam, Rebekah, and the story behind one of the biggest IPO failures in history. While stories about the people behind real-life disasters make for thrilling entertainment, we all know it takes more than one or two individuals–even if one is the CEO–for a company to crash and burn.

Focusing on exceptionally flawed characters can tempt people to dismiss the catastrophes as exceptions caused by megalomaniacal CEOs violating basic corporate governance. But this gives people like Adam and Rebekah Neumann too much power. It also obscures an important truth: Organizational systems–not CEOs in isolation–make or break companies.

In nearly every organizational system, gaps appear between what leaders say, and how they behave. The companies that close them have healthy cultures and successful business outcomes. The ones that don’t lose not only their business value but also their people. WeWork lost both.

When I joined WeWork in 2016, I was sold on the mission statement and the neon-lit values on WeWork’s walls. But within my first few weeks, I learned just how much of the hype I had been sold.

What was defined as “culture” began and ended with the elaborately decorated offices stocked with beer, fruit water, and alcohol-fueled mandatory events like “Thank God It’s Monday” parties. Tuesday mornings were very quiet at headquarters. At another company-wide gathering, a company leader explaining her leadership style shared that she was self-aware enough to realize that she “has no empathy.” The facade had obvious cracks.

There were behavior-process gaps. Adam claimed to value collaboration and making data-driven decisions but promoted authoritarian decision-makers. There were mission-strategy gaps, like inspiring employees with the mission to “make a life, not just a living,” but then investing millions of dollars in non-core businesses, including a startup wave pool company. There were behavior-practice gaps, like claiming to value time and togetherness, but then running half-day meetings with no agenda.

When I heard about other WeWork employees’ disappointment in the gap between the values that had attracted them and what they saw from their leaders daily, I tried to close those gaps by translating the company’s stated values into specific behaviors for leaders to follow. I tried to evolve a culture that may have worked at the company’s founding to now align with a more diverse and larger company working to build a structure appropriate for a publicly traded company.

Good leaders existed–and we worked to build a stronger culture tied to the mission. However, there were many more leaders who were complicit in the farce. I failed. Even well before the S-1 filing, executives were leaving weekly, and soon I would also leave. I was told that I—and later many other leaders as well—didn’t understand WeWork’s “cultural essence.”

After I left WeWork at the end of 2017, I concluded that while Adam Neumann made a lot of mistakes, and while a component of others’ willful blindness was in wanting to be rich, the bigger reason people tolerated his outlandish behavior was because they counted on the system around Adam to correct for the chaos he created. But the system could not correct because it had such large gaps without anyone willing to or capable of closing them on their own.

A thought experiment at WeWork could look like this: What if the senior leadership team at WeWork exemplified the company value of “together” by expecting people to share concerns and points of view without repercussions, even when—especially when—they thought something was off?

If that one behavior had been practiced during leadership meetings, and employees were evaluated and given feedback on its successful expression, what might have been the outcome of reinforcing that behavior? Leaders would have had to give voice to concerns about what they were seeing. They would have been compelled to do so based on that value and the behavior that had already been established as a core way of working with each other.

Every growing firm has gaps in its system–but the best ensure that their behaviors, processes, and practices work together as a cultural system. They close the gaps. And then, they connect that healthy cultural system to the company’s purpose and strategy.

While this systems perspective doesn’t make for a dramatic docuseries like “We Crashed,” it does emphasize the importance of ensuring that purpose, strategy, and culture are tightly connected–and that culture is not just values in neon lights on the wall.

Melissa Daimler was a senior vice president at WeWork from 2016 to 2017. She is currently Chief Learning Officer of Udemy and author of the new book ReCulturing: Design Your Company Culture to Connect with Strategy and Purpose for Lasting Success.