Web3 is not dead. Here’s what the crypto space will look like in 2030 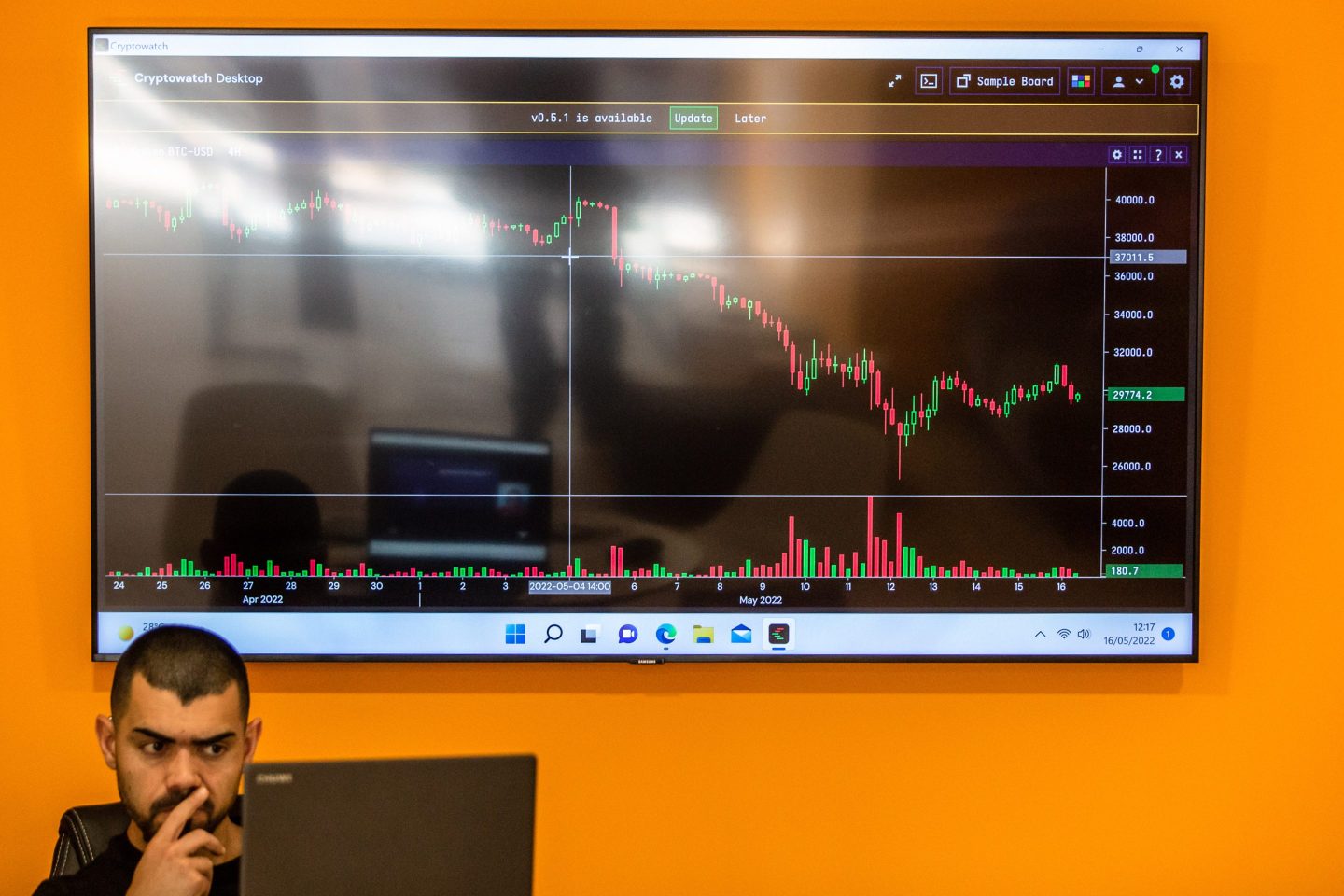 The wipeout of algorithmic stablecoin TerraUSD and its sister token Luna has rattled the crypto space.
Angel Garcia—Bloomberg/Getty Images

In late May, European Central Bank President Christine Lagarde told a Dutch television show that cryptocurrencies are “worth nothing.” She’s not alone in her sentiments. Since volatility shook the digital currency market earlier in the month, many economic observers and officials have declared the great crypto experiment dead, and with it the promise of a Web3 future.

But these critics are missing the bigger picture. With a record $30 billion in capital flooding the digital asset market in 2021—nearly four times the amount in 2018—and recent polls showing one in five Americans have engaged in some way with digital currencies, it’s illogical to write off crypto every time its market value dips.

Even since the recent crash, Andreessen Horowitz announced the formation of a $4.5 billion crypto fund and Nomura said it would create a new firm to allow customers to invest in crypto assets. Why would these major players make such moves if they weren’t confident in the future?

Instead, officials like Lagarde should think more deeply about how to best incorporate digital currencies into our financial future.

That future will not only involve the widespread use of cryptocurrency as a means of value exchange, but also increased adoption of the blockchain architecture that underlies it. Such a system, commonly referred to as Web3, will provide individuals and enterprises with more secure data, better means of creating new products and services, and more seamless integration of technology into their everyday activities. And that’s not an exhaustive list: More applications will doubtlessly surface as blockchain technology matures and more people take advantage of it.

If we could step into a time machine and travel to 2030, here’s what I’d expect we’d see happening in the crypto space.

The regulatory question is solved

Until now, U.S. government agencies have failed to reach a consensus on the legal status of digital currencies. That vacuum has created confusion among investors and businesses.

By 2030, U.S. regulators and lawmakers will have reduced regulatory burdens and clarified tax treatment for cryptocurrencies, creating a more hospitable environment for Web3 innovation and growth.

To understand why this is such a priority for the federal government, consider Apple’s App Store. The reason it worked so well is that app developers understood the tax rules and legal requirements behind their businesses, and so encountered a relatively easy process of setting up businesses and profiting.

Blockchain, the underlying technology behind crypto, also provides a platform for app development—but at an even larger scale and with no oversight. The rub is that crypto developers and investors lack clarity on how they will be taxed, and therefore clarity on how viable it is to set up their businesses in the U.S. or invest in crypto companies.

These developers, and the profits they’ll unleash, are an invaluable resource for America. We need to do everything we can to keep them around—and we will.

Crypto has long had a trust problem. That has only been amplified by the recent crash in Bitcoin and other cryptocurrencies’ prices.

But by 2030, the memory of today’s volatility and dubious cryptocurrencies will no longer cast its shadow on the Web3 world as it does today.

Unfortunately, the same innovation that’s fueled the rapid growth of Web3 is what makes it prone to misuse by bad actors. That doesn’t mean crypto is illegitimate; it just means that it’s going through growing pains. Bitcoin is barely over a decade old.

We saw these same challenges with the dot-com bubble 20 years ago. Yet, the internet withstood the disruption, and if blockchain experts take the right steps, crypto will too.

Today, there’s already a Wikipedia-like approach to building secure applications on the blockchain because the code is open for inspection and changes can be suggested. Even now, it’s very hard for someone to steal money on the blockchain.

However, there’s no standardization or a single entity that applications run through before being released. That’s great for innovation but bad for consumer confidence.

By 2030, balance will have been achieved through collaborative and reputable security frameworks. People will not have to wonder whether they are putting their money into something illegitimate, and therefore they’ll think more favorably of digital assets.

As for supposed algorithmic stablecoins like TerraUSD, regulators and crypto innovators will collaborate to create standards that objectively evaluate and rate the actual stability and reliability of a cryptocurrency. Investors will have much easier access to this information, which will help them make sound decisions on where to store their money.

Today I can walk into an Amazon Go store, find what I need, leave without paying at checkout, and not be arrested for shoplifting. That’s the future of shopping–but for now, payment is still tied to an account, an app, and a traditional currency.

In 2030, such automatic payments will be everywhere, and not tied to any single app or currency. I’ll be able to hop in my self-driving ride, see a movie, and stop on the way home for dinner without once thinking about how I paid.

In a broader sense, crypto technologies will be built into our daily lives. These systems will be running in the background and seamlessly facilitating the movement of data and people.

Markets, too, will benefit from crypto’s ubiquity. Exchanges like Coinbase and Nasdaq may issue securities and digital tokens jointly when companies debut. With traditional and crypto markets more intertwined, more people will be able to invest in assets that were hitherto inaccessible.

Picture a world where big banks talk to coin exchanges, digital currency is blockchain-agnostic, and payments are settled almost immediately. It’s coming sooner than you think.

Think of the early days of the internet. Right now, for all the attention they garner, crypto and Web3 technologies are just moving past the dial-up phase.

Maxim Galash is the CEO of Coinchange.