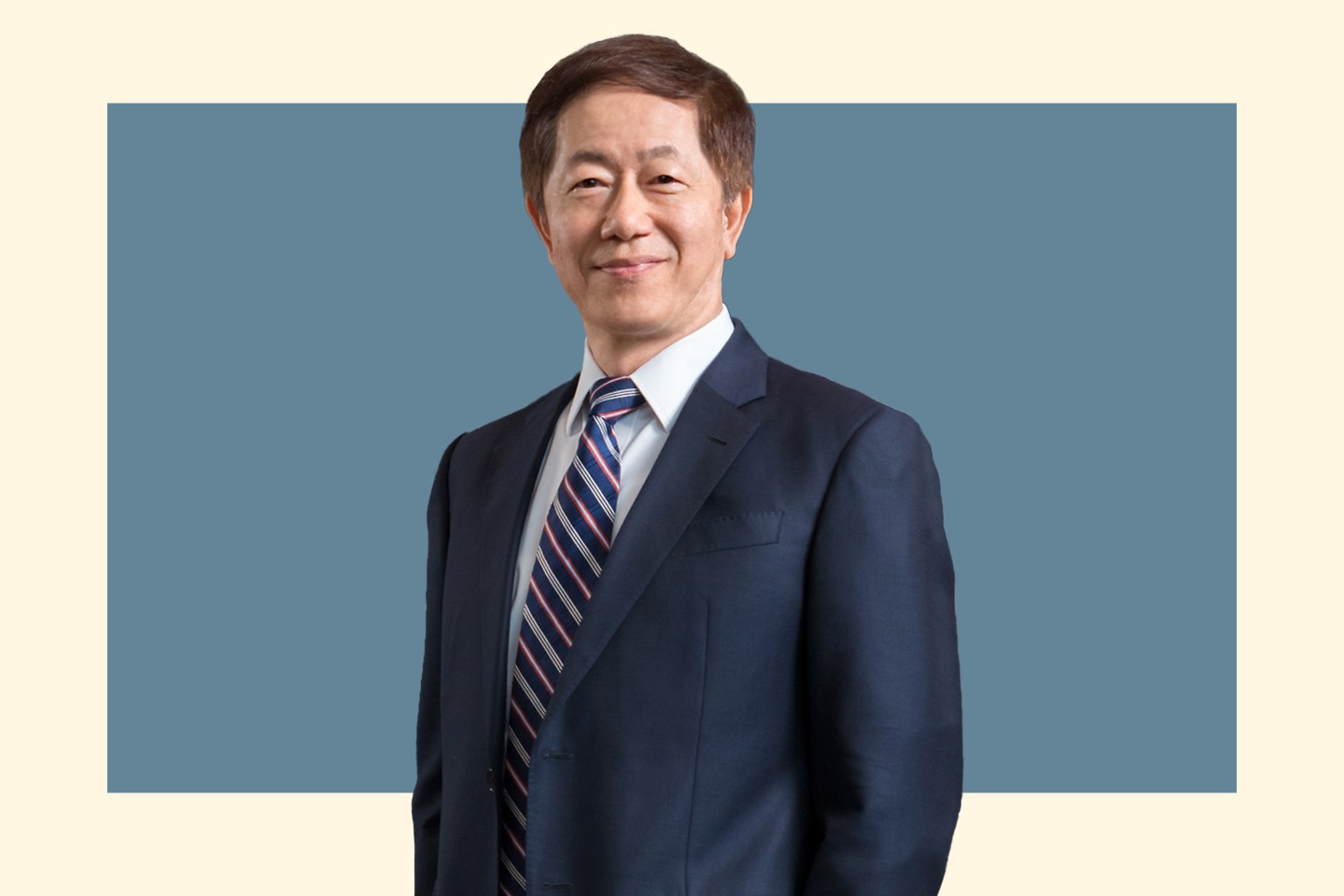 Mark Liu, chairman of Taiwan Semiconductor Manufacturing Co., says the rise of 5G, A.I., and the Internet of Things is paving the way for “a golden era for the semiconductor industry.”
Courtesy of TSMC

For over half a century, semiconductors have been at the heart of technological innovation, with advancements in technology marching to the cadence of developments in semiconductor performance, energy consumption, and cost. Now, with the ever-growing demand for high-performance computing (HPC), as well as 5G and A.I. applications, the need for technological advancement has skyrocketed, paving the way for a newly imagined future for semiconductor technology, where infinite possibilities can be realized.

To understand this future, it makes sense to look back 60 years in the past, to the invention of a way to put many transistors together on the same chip—the integrated circuit (IC) or microchip. Throughout the years that followed, semiconductor technology advanced through continuous miniaturization, which involved doubling the number of transistors on an integrated circuit every other year as predicted by Moore’s law, named after American engineer Gordon Moore. This continued advancement is what allows our mobile phones to have far more compute power than the now ancient 70-pound computer that landed Apollo 11 on the moon in 1969.

From cost to ubiquity to value

Large-scale cost reduction of semiconductor technology was helped along by the birth of the pure-play foundry model, pioneered by TSMC at its establishment 35 years ago. In this model, pure-play foundries operate semiconductor fabrication plants focused on producing ICs for other companies instead of offering IC products of their own design. As IC production facilities are expensive to build and maintain, and can be a huge drain on finances for companies, outsourcing this production to foundries allowed companies to focus their resources on their end product. This allowed the fabless (design only) industry to flourish and helped enable the large-scale ubiquitous deployment of the technologies that make remote working, online learning, the sharing economy, and entertainment streaming a reality today.

COVID-19 and the lockdowns it brought along with it became another turning point for technology innovation with more than 10 years’ worth of digitization happening over a single year, increasing the demand for semiconductors. At the current pace, annual global semiconductor revenue will grow to more than $1 trillion by 2030, directly contributing to $3 trillion to $4 trillion of global electronics growth, according to McKinsey & Co. Yet, the promise of continuous cost reduction has created an expectation that underestimates the value of semiconductors. As the recent semiconductor supply-chain challenge so clearly illustrates, semiconductors are everywhere and fulfill a valuable and vital role in modern society.

Opening doors to a future world

As computing devices become ubiquitous, the amount of data generated and communicated across a global network, often in real time, has grown exponentially. To keep up with this growth, high-performance computing (HPC) has become crucial and is seeing explosive growth. HPC is the ability to process data and perform complex calculations at high speeds to solve performance-intensive problems. Today, HPC has already surpassed the smartphone as a growth driver. It is one of the fastest growing segments of the semiconductor industry, with the global HPC chipset market size expected to reach $13.68 billion by 2027 from $4.30 billion in 2019, according to research from Report Ocean.

The integration of the virtual with the physical world will bring about a sea change in the way society interacts with one another and will be enabled by HPC applications. In addition to the multitude of sensors and actuators made of semiconductors, this integration of the virtual and the physical worlds requires hardware like smart appliances, wearable devices, IoT, and technologies like 5G, A.I., and big-data analytics for communicating, understanding information, and decision-making. For each of these applications, the semiconductor content, and the value it provides, will increase rapidly.

Semiconductors will imbue intelligence and new functionalities into more and more products, elevating the value of such products. For example, autonomous driving vehicles will become even safer and more energy efficient with advanced chips which allow for the execution of complex software functionalities and analytics. University of Texas research estimates a net energy reduction of 11% to 55% versus the current ground transportation conditions in the U.S., based off this expected autonomous vehicle energy efficiency. Society is also expecting new user applications beyond what we can imagine today. Personalized and community medicine as well as vaccine and drug discovery will get a boost from the computing power provided by semiconductors. Combating disinformation on social media will need better algorithms and computing power for training A.I. models.

As an example, one of the most advanced A.I. language models for creating realistic human-quality text, the GPT-3, requires 300 zetta-FLOPS (a measure of supercomputer performance) to train on a high-performance compute cloud. In return, the capability enabled by this A.I. language model can be impressive. GPT-3 recently was used by Kevin Roose, a tech columnist for the New York Times, to complete a book review.

A.I. is often thought of as a technology involving primarily software and algorithms. Yet, hardware technology is what opens the door to the virtual world and allows us to use the information derived from A.I. Thus, even in the metaverse, the physical takes center stage.

As semiconductor technology advances to meet the needs of the 5G and A.I. era, energy efficiency has become the most important metric not only because computing power is already throttled by the inability to remove heat, but also because the global energy use of computing escalates faster than any other application area. Energy efficiency of computing due to semiconductor technology alone has been advancing at a rapid pace—2X every two years—and there is shared optimism that technology will continue to advance like clockwork as it did over the past 50 years.

In the next 50 years, the future generation will likely use virtual- and augmented-reality (VR/AR) as their principal means of interaction with the world. Today’s average VR/AR headsets weigh well over a pound, with a battery life of less than two to three hours, and a high price tag, which reminds us of the cell phones of 25 years ago. To achieve the same level of ubiquity as today’s cell phones, VR/AR devices will need to improve by more than 100 times. This can only be done with continuous advancement of semiconductor technology.

The upcoming decades will be a golden era for the semiconductor industry. Over the past 50 years, the development of semiconductor technology has been akin to walking inside a tunnel. The way ahead was clear as there was a well-defined path that everyone diligently followed—shrinking the transistor. Now we are approaching the exit of the tunnel. There are many more possibilities outside the tunnel: new paths made possible by innovations from materials to architecture and new destinations defined by new applications. We are no longer bound by the confines of the tunnel, and we now have unlimited room for unleashed innovation.

Mark Liu is the chairman of TSMC.