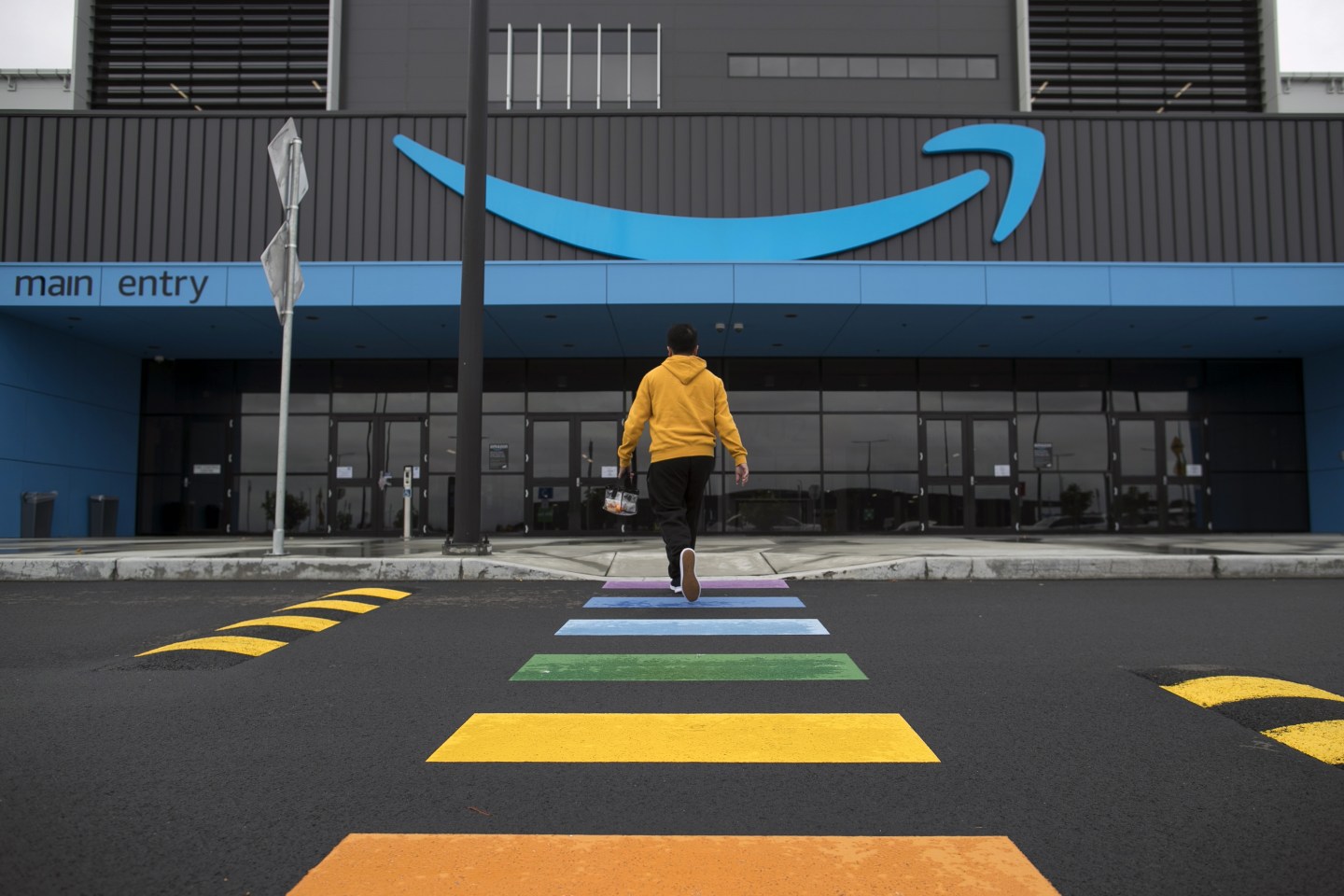 Amazon's performance review process is back in the spotlight.

A leaked trove of documents highlighting what metrics managers at Amazon prioritize to evaluate performance and changes in compensation might shed light on the company’s controversial performance review process.

Internal manuals show that Amazon managers are instructed to gauge employees based on two key factors, Insider reported this week after viewing the documents.

Amazon bosses combine two main metrics in determining an employee’s final review, or their “overall value” to the company: their performance score and the potential they have exhibited.

The process is known as Forte, and is highly relevant to Amazon employees, as their “overall value” is what ultimately determines any change in compensation they receive after the review.

Amazon did not reply to Fortune’s request for comment on the review process.

First, Amazon managers are instructed to determine how employees have held up the company’s principles, and how this reflects their particular strengths. This is done in a number of ways, including their accomplishments, feedback from colleagues, and, for the first time, self-evaluations.

Self-evaluations, and an assessment of an employee’s own accomplishments relative to their objectives, were introduced earlier this year after employees complained about managers having too much influence in the review process.

These qualities are then used to measure against an employee’s accomplishments, and how they achieved them. This rating is used to decide the employee’s performance score, which combines evaluations of what their accomplishments have been and the manner in which they reached them.

An employee’s performance score can be low if he or she demonstrates “questionable judgment,” creates “overly complex or simplistic solutions” to problems, does not “share knowledge” and is “dismissing other viewpoints,” or “argues too much and does not speak up enough.”

Factors that can boost an employee’s score include being reactive to customer needs, acting as a mentor, providing new ideas in discussions, and exhibiting a strong and adaptable work ethic.

Amazon’s new performance review instructions manual came out after the last one was received with heaps of controversy.

Last year’s documents, which were also reviewed by Insider, included a tiered ranking metric for employees, who would fall into one of five tiers.

But the process had evidence of a stack ranking system, Insider reported, which required a “certain percentage” of employees to rank in each tier, sometimes forcing evaluators to give adequate employees lower scores to place them in a tier that had not yet filled its quota, which could change their compensation changes, an Amazon employee told Insider.

Unlike last year’s document, the latest manual did not include any required quotas for separate tiers. In statements to reporters last year, Amazon denied using a stack ranking system.

Amazon’s performance review process also came under fire last year when an investigation by Vox found evidence of racial bias in the company’s hiring and promotion practices, as well as its review and rating systems.

Later in the year, Amazon released a statement promising it would be investigating any “statistically significant demographic differences” in both its performance rating system and the company’s attrition rate.