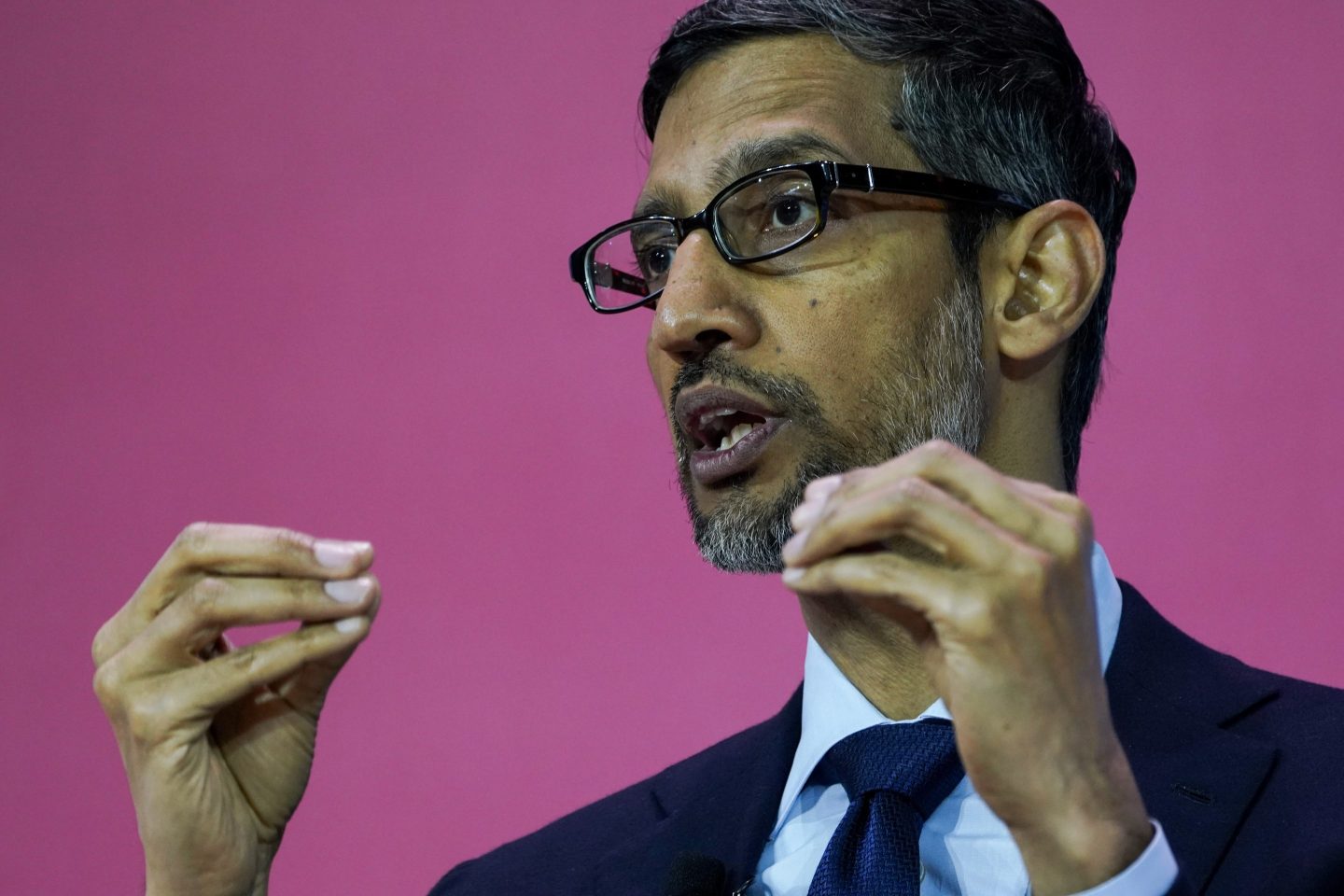 Alphabet CEO Sundar Pichai speaks during the CEO Summit of the Americas hosted by the U.S. Chamber of Commerce in Los Angeles, Calif., on June 9, 2022.
Kyle Grillot—Bloomberg/Getty Images

Revenue, excluding payments to distribution partners, was $57.5 billion in the quarter, the company said Tuesday in a statement. Analysts had projected $58 billion, according to data compiled by Bloomberg. Shares rose about 5% in extended trading.

On the company earnings call, Chief Executive Officer Sundar Pichai referenced the company’s vigilance amid economic uncertainty and a pullback in spending from advertisers, saying Google would continue to invest, but would do so “responsibly.”

Chief Financial Officer Ruth Porat said data on the macroeconomic environment “remains complicated” in an interview with Bloomberg Television. At the same time, Porat said Google was “very pleased” with its performance in search, the growth of which was especially driven by the travel and retail industries.

The performance reflected “elevated consumer online activity and broad-based strength in advertiser spend,” she said in the statement.

Google shares rose as much as 5.7% in after-hours trading. The stock has fallen 27% so far this year.

“I would construe this report as a sigh of relief,” said Dan Morgan, a senior portfolio manager at Synovus Trust Company. “I think the fact that ad revenues beat in a very hostile environment has to be a feather in its cap that Google can deliver, even when competitors are really struggling.”

In spite of Google’s strong results on advertising, it slightly missed analysts’ expectations on YouTube and its cloud business. Profits disappointed too; net income was $16 billion, or $1.21 a share, missing analysts’ average projection of $1.32 a share.

YouTube generated ad revenue of $7.34 billion, compared with analysts’ average estimate of $7.47 billion. The app is increasingly competing for advertising dollars and attention with ByteDance Ltd.’s TikTok, while managing the effects of Apple’s privacy requirements for its apps, which have made it harder to target advertising.

Google’s closely watched cloud division, which has yet to turn a profit, generated $6.3 billion in revenue and lost $858 million, up from a loss of $591 million during the same quarter last year. Although Google is a distant third in the cloud market, trailing Amazon.com Inc. and Microsoft Corp., the effort is nonetheless viewed as one of the company’s best bets for growth as the core search business matures.

Pichai touted the business’ “strong momentum and substantial market opportunity” on the call.

Google still has a sizeable cash pile, with cash and equivalents of $125 billion – though this pile has declined for a third straight quarter, falling from $134 billion at the end of the first quarter.

The company is also battling a number of lawsuits and regulatory threats, including a federal antitrust lawsuit over its dominance of the online advertising market, which is expected to emerge in the coming weeks.

Earlier this month, Bloomberg News reported that the U.S. Department of Justice was poised to rebuff Google’s offer of splitting off its ads business in a new company under the Alphabet umbrella.