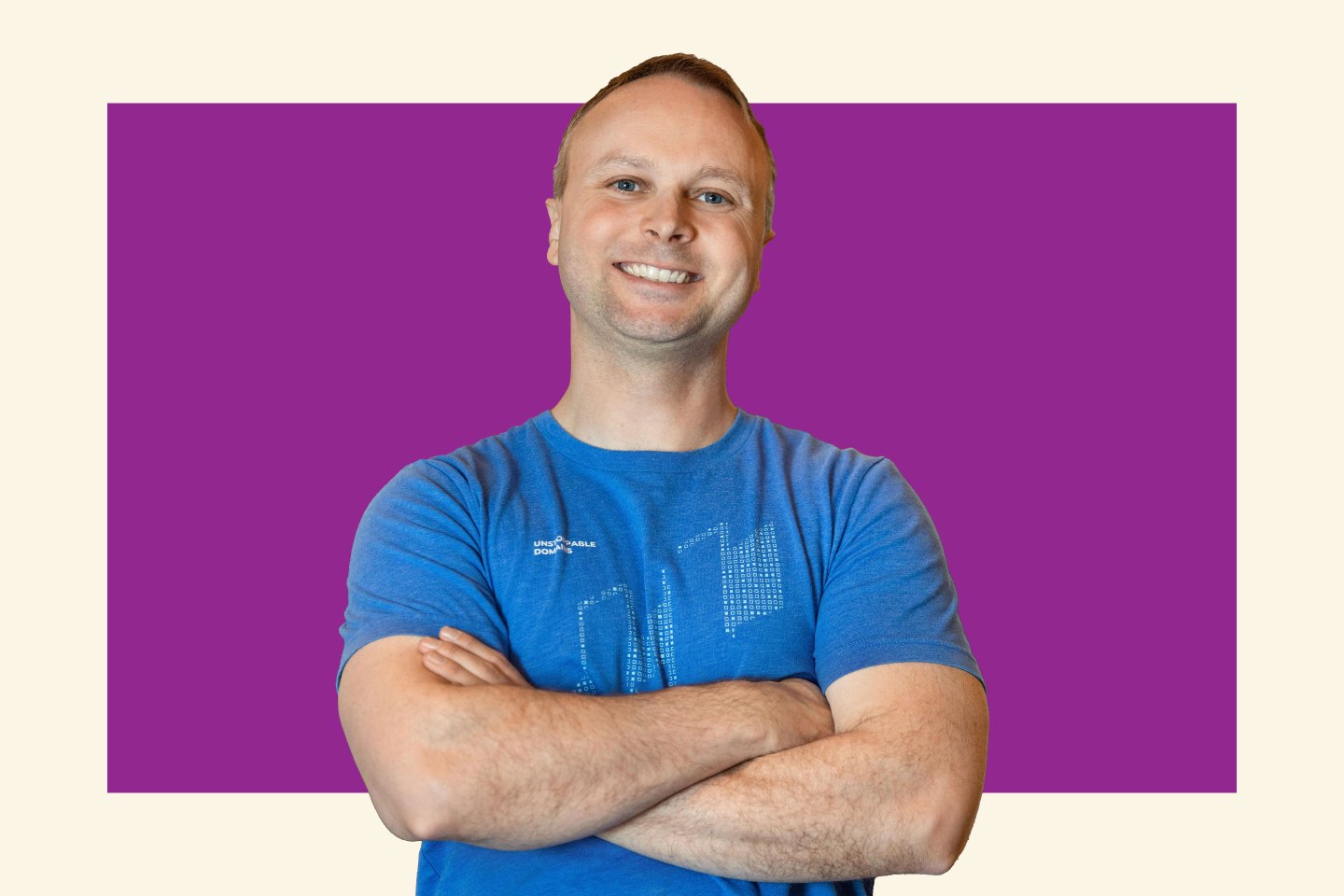 By now, you’ve likely heard about nonfungible tokens (NFTs) that represent ownership of things like art or music, but what about NFTs that represent your identity? Unstoppable Domains, a Web3 domain name provider, believes all of us will come to use NFTs in this way—and on Wednesday announced it has raised a $65 million Series A funding round to help make this happen.

Founded in 2018, Unstoppable Domains has registered 2.5 million domains to date, reflecting the popularity of the new web naming system—which are like traditional domains (ie “name.com” or “name.org”) but use terms like “name.crypto” and “name. blockchain” with each one tied to an NFT.

Alongside competitor Ethereum Name Service (ENS), which offers “name.eth” domains tied to NFTs, Unstoppable Domains is building what many in crypto regard as key piece of Web3 infrastructure.

The latest support will be crucial to further the platform’s engineering goals, Matthew Gould, founder and CEO of Unstoppable Domains, told Fortune. “Our core problem that we’re trying to solve—which is creating user-owned digital identity for everyone on the internet—requires a lot of pieces to come together, and that’s what we’re going to focus on building over the next several years.”

NFT domains can be used as a username across Web3—the so-called decentralized iteration of the internet—for various applications, exchanges, marketplaces and sites. One popular use case, for example, is using an NFT domain in lieu of a cryptocurrency wallet address, as a wallet address consists of a long string of random letters and numbers and can be easily misstated when trying to send money from one to another.

“Instead of having to look at all the addresses to send something to, you could just send money to something like ‘Brad.crypto,’ and that’s significantly easier for the user,” Unstoppable Domains CEO Matthew Gould told Fortune.

Unstoppable Domains’ new funding round, which values the company at $1 billion, was led by new investor Pantera Capital. Other investors in the Series A round include Mayfield, OKG Investments and Polygon, as well as previous investors Boost VC and Draper Associates.

Despite the current crypto “winter,” as the latest downturn is commonly called, Gould said that Unstoppable Domains is “thriving.”

“This is the perfect time to get things done,” he said, adding that the company is “very comfortable building in a bear market. Actually, I think the best products are made during this part in the cycle.”

Unstoppable Domains says it has generated more than $80 million in sales since launching in September of 2019.

Looking ahead, Gould predicts that those newly entering the crypto space will want to have an NFT domain as their digital identity and username, citing data the company has seen over the past four years. Though he admits his outlook is very optimistic, Gould thinks that one billion people will have at least one NFT domain in five years, and that most people will own about five.

“We do think that people are going to create more than one of these identities that they use online,” including one for work, one for personal use, others depending on different networks people might join, et cetera, Gould explains. “You will start to see people having a more consistent reputation online.”

Gould acknowledges there could be a dark side in tethering people’s identity permanently to NFTs—a practice that could potentially facilitate social rankings and other systems favored by the likes of the Chinese Community Party. But he adds it will be the responsibility of Unstoppable Domains and other tech companies to “address the [potential] problems that we’ve created.”

“We think that at Unstoppable Domains, by putting these digital reputations out there, we’re going to actually help to elevate our online experience,” he said. “I think that I am biased. I think that humans are overall positive by default, and we need to give them a chance to bring that with them to their digital worlds.”