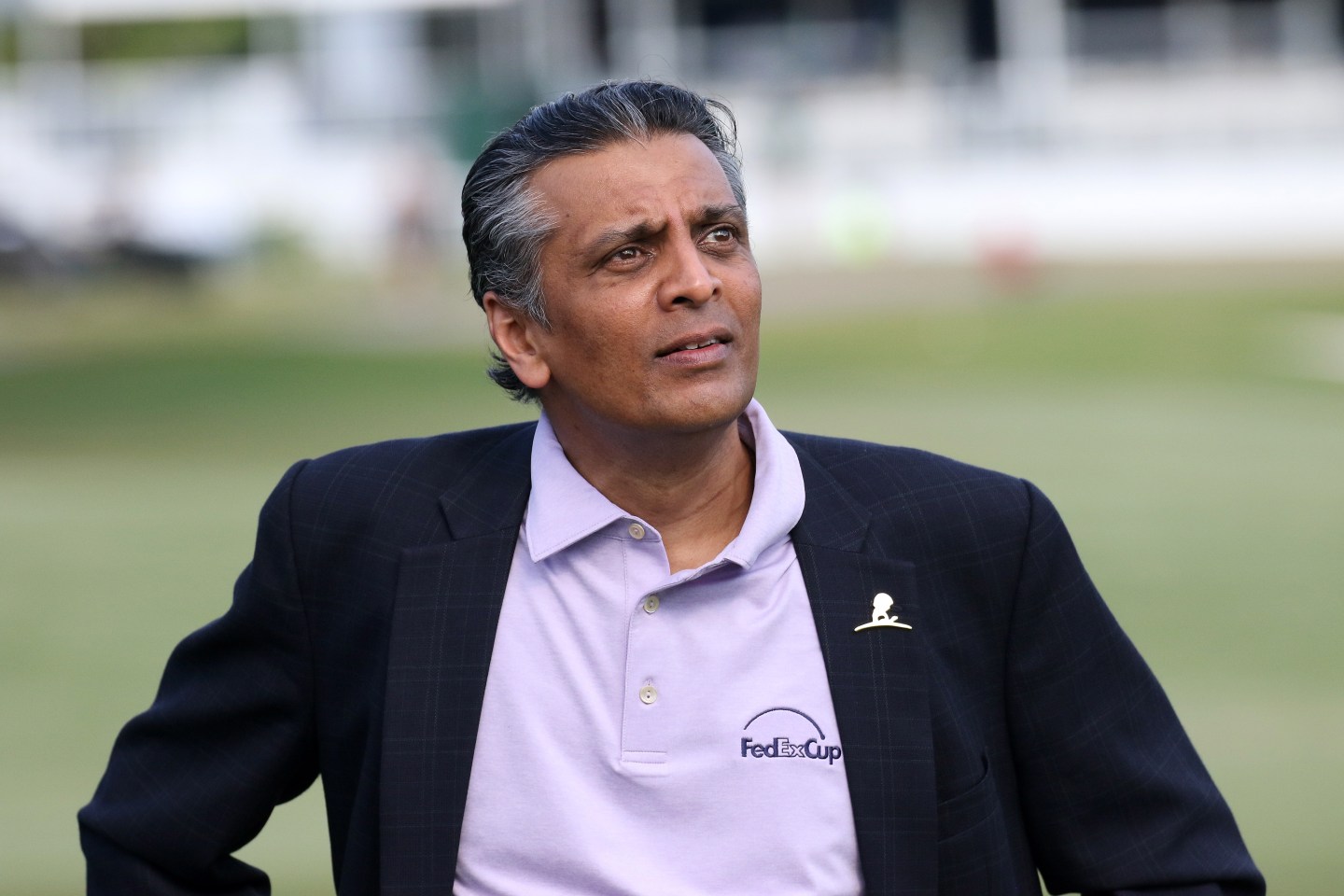 FedEx President and CEO Raj Subramaniam during the final round of the World Golf Championships - FedEx St. Jude Invitational on July 28, 2019 in Memphis, Tennessee.
Michael Wade—Icon Sportswire via Getty Images

CEOs who replace founders have always been part of the conversation at Fortune’s Brainstorm Tech conference in Aspen. But Raj Subramaniam, who appeared on stage yesterday, holds unique status.  He has just replaced a founder who served as CEO for 50 years—FedEx’s Fred Smith. Says Subramaniam:

“It’s been such an incredible journey with him. He’s not just a business school but a history school, a geography school… Whatever happens in the future, I’m eternally grateful for the fact that I’ve had that opportunity.”

The prospects for recession were a big part of the conversation yesterday, and Subramaniam gave participants a review of the global economy, as seen through FedEx data:

“If you look around the world, China went through a pretty tough period in in April and May, when all the numbers and volumes were down. Now, manufacturing is back online. But at the same time, consumer demand is definitely slowing. Europe is in the worst situation. The energy crisis is definitely driving all aspects of that economy down. And in the U.S., on the consumer side of the equation, the spending is there, but there’s a dichotomy between higher wage earners and lower wage earners. And there is also a dichotomy between goods and services, with more being spent on services now… There is also a little bit of a reset on e-commerce. Before the pandemic, e-commerce represented about 16% of retail.  At the height of the pandemic it had reached 22%.  It is now back down to 20%.

Does all that add up to recession?

“l don’t know. But our volumes across all lines of business in our just-reported quarter were all down.”

Earlier in the day NYSE President Lynn Martin was asked when the depressed IPO market would return to life—a topic of deep interest to the many entrepreneurs and venture capital investors in the room. She said that if inflation showed signs of abating, the IPO market would come back to life. But it would take time.

“Everyone is going to look at each other for a little longer and say ‘You, go first. No, you go first.’”

You can watch today’s proceedings from Brainstorm Tech online today here, and follow coverage on fortune.com.  Other news below.

Sonia Syngal is out after two years as Gap CEO. The company is temporarily installing executive chairman Bob Martin as interim CEO while it looks for a replacement. Syngal is the latest chief to fall in a retail sector that’s struggling with shifting consumer spending patterns. Gap revised its outlook downward yesterday; its share price fell around 4% after trading hours. Wall Street Journal

Elon Musk is, naturally, tweeting his way through his attempt to wriggle out of his Twitter bid. Rather than wielding memes, Twitter’s lawyers insist the company has not breached its obligations under the agreement, and the deal is still on. The company’s shares fell 11.3% yesterday. Fortune

Our view into space just improved dramatically. The James Webb Space Telescope sent back its first full images last night, showing us the formation of galaxies over 13 billion years ago. The JWST doesn’t just take much more detailed pictures than the smaller Hubble Space Telescope; it takes them much faster, observing infrared wavelengths rather than visible light. The new telescope is jointly run by NASA and the European Space Agency. Financial Times

Hong Kong is one of the most isolated places on earth. How did Cathay Pacific, its flagship carrier, become the world’s top airline stock?, by Nicholas Gordon

Europe’s famously ailing banks — that spawned the term ‘doom loop’ — are healthier than you think, by Christiaan Hetzner

Texas Bitcoin miners are getting paid to shut down and give electricity back to the power grid, by Eamon Barrett