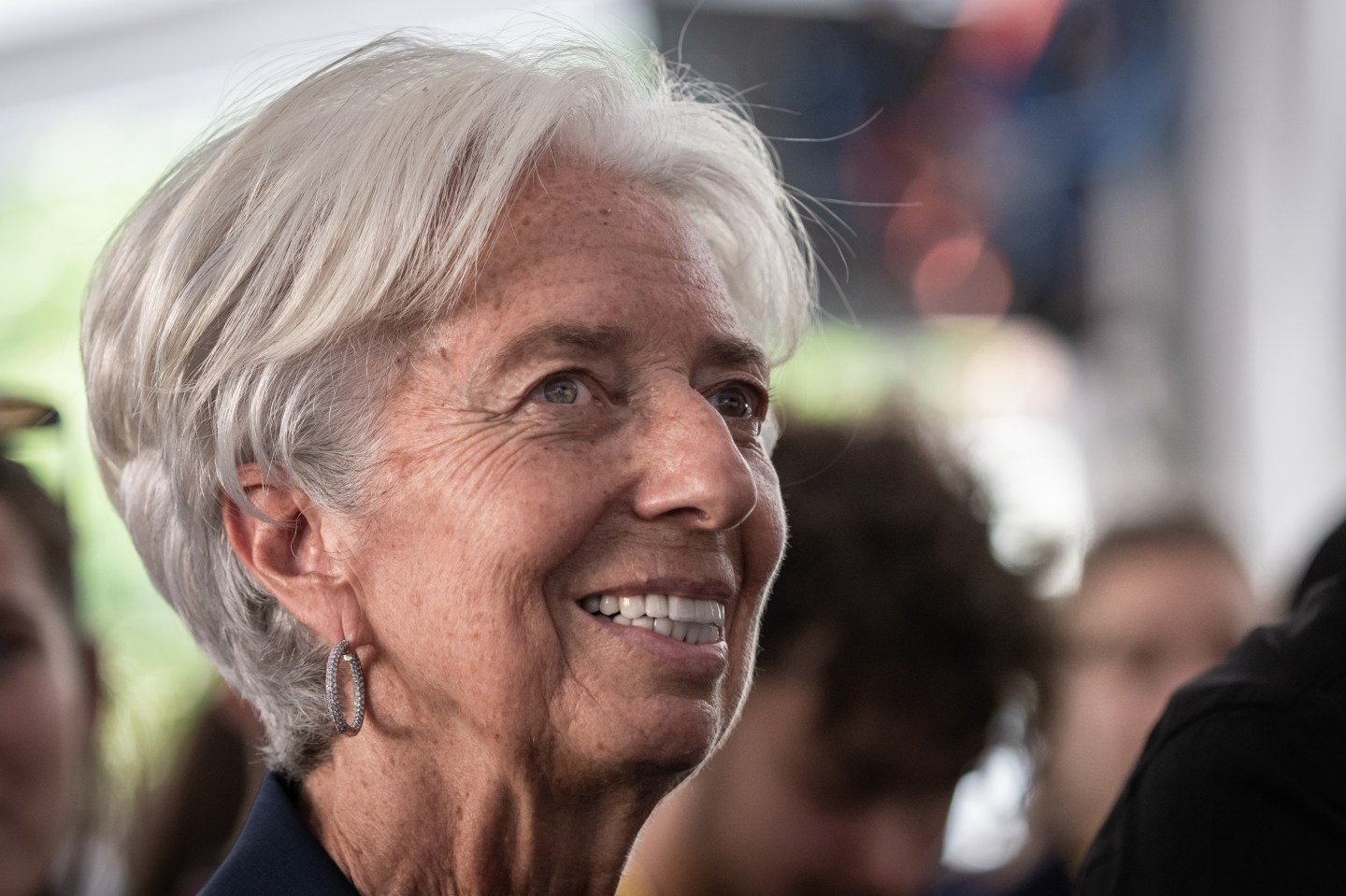 The share of bad loans dropped to just 1.95% in the first quarter of this year, the lowest level recorded since ECB, currently managed by President Christine Lagarde, assumed responsibility for supervising the sector seven years ago.
Laurent Coust—SOPA Images/LightRocket via Getty Images

Europe’s banks, long seen as a systemic risk for the economy, maybe at their healthiest in years, according to the latest official figures.

The continent’s ailing financial sector famously spawned the term “doom loop”, a vicious circle when falling credit ratings for sovereigns lead to downgrades for banks, which further feed fresh doubts on the sovereign. This helped spark the euro zone debt crisis that presented an existential risk to the euro ten years ago this month.

According to data from the European Central Bank on Monday, the share of non-performing loans (NPLs)—defined as over 90 days in arrears—dropped to just 1.95% in the first quarter of this year. It marks the lowest level since records began in the second quarter of 2015.

Previously there was no coordinated oversight, with national authorities interpreting banking risks differently despite the region sharing a common currency and monetary policy.

“The euro area banking sector has entered the year with strong capital and liquidity positions,” a spokesperson for the ECB told Fortune. “The pandemic on average has not had an impact on banks’ non-performing loans, and for the time being it appears as if risks from the war in Ukraine appeared to be contained.”

The improvement in the NPL ratio was thanks to a slight increase in total loans to €19 billion ($19.2 billion), with the stock of NPLs themselves falling marginally versus the end of December to €369 billion.

Too much sour debt can result in painful charges to a bank’s income statement, often giving a bank incentive not to recognize them as non-performing. This however limits its ability to provide credit to the real economy.

The European banking market is often considered the most challenging worldwide: Many countries like Germany are considered overbanked with too many lenders fighting over deposits at a time when negative rates eroded net interest income, a core pillar of profitability.

In some cases, they had been leveraged to the hilt with only a sliver of equity underpinning liabilities. Often their portfolios had been stuffed with domestic sovereign bonds considered risky by investors but officially deemed safe by regulators.

Since the financial crisis, the industry has responded by slowing bolstering their solvency through spring cleaning, offloading exposures that clogged up their balance sheets thanks to the liberal use of state-backed guarantees like Italy’s GACS scheme.

Intesa Sanpaolo, the country’s leading lender with assets of more than €1 trillion, and midsize peer BPER Banca hired firms in December to help securitize a portfolio comprising some €3.1 billion in sour loans.

Late last month, law firm White & Case argued it was far too soon for banking regulators to declare victory, however, citing early signs of potential stress in the form of so-called “Stage 2 loans” in arrears, as governments start to wind down their financial support from the pandemic. Moreover, the longer-term repercussions from the COVID pandemic are still unknown.

“Secondary effects of the crisis, such as supply chain disruption, inflationary pressure and rising interest rates, as well as the ongoing decline of the euro and various currency movements, continue to wash through Europe’s economies and may tip some vulnerable businesses over the edge,” it wrote.