How Snowflake wants to seed the cloud with more startups 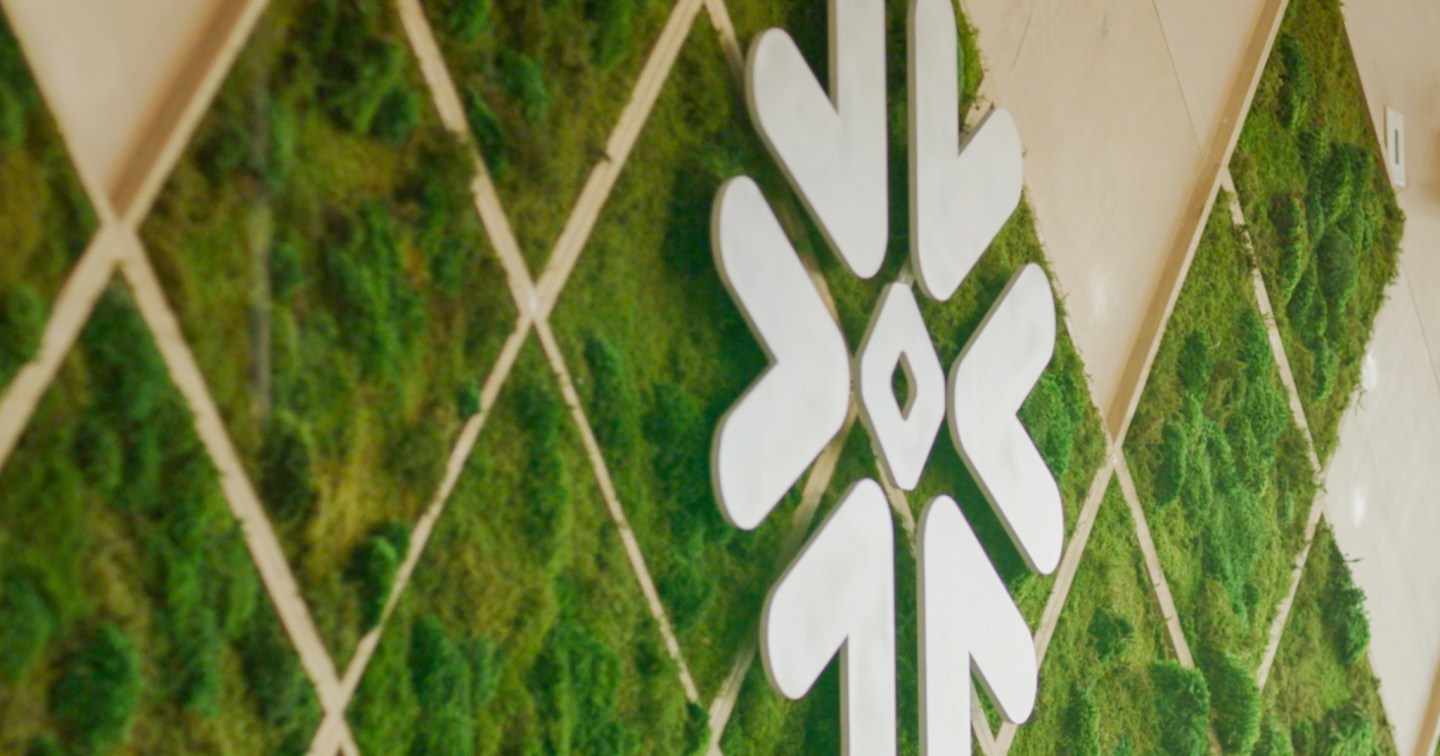 Snowflake is getting into the venture capital game to encourage startups to write apps for its cloud database platform.
Courtesy of Snowflake

Looking at Snowflake’s stock gyrations since it went public last year, it’s been a messy ride.

The September IPO price was $120 a share, which more than doubled on its first day of trading to close at $254. In December, Snowflake shares peaked as high as $429, briefly putting the company’s stock market value at $120 billion, more than IBM or AMD. Then came the big retreat, bottoming all the way back at $205 last month. On Thursday, the shares closed at $229.55, giving Snowflake a market cap of $68 billion, about equal to VMware but way behind IBM and only one-third of Oracle.

Still, Warren Buffett and Marc Benioff and other long-term investors were’t looking for a quick score. They were betting that Snowflake would become one of the big winners of the move to cloud computing, with the company’s database platform ultimately rivaling the scale of Oracle or Microsoft in the prior era of PCs and servers.

The pandemic has only sped up the move to the cloud. “The underlying shift that’s happening here is workloads moving to the cloud, period,” Stefan Williams, Snowflake’s head of corporate development, told me this week. “Coronavirus has accelerated that, so it’s a huge opportunity now to serve these workloads in the cloud in a better way than they’ve ever been served.”

That can happen in part by other companies building apps and services on top of Snowflake’s platform so any Snowflake customer can use the added capabilities. Williams is overseeing Snowflake’s push into startup investing called Snowflake Ventures, a classic corporate venture capital play, to entice more developers to build on top of the platform.

A lot of corporate VC efforts get a specified fund of money to spend, but not Williams. “We see it as strategic capital,” he says. “We invest where we see the need to invest. We don’t want to be bound by a certain number. We invest off the balance sheet.”

Snowflake has $4 billion of cash and short-term investments on its balance sheet, but the idea is to make investments of $1 million to $20 million. The company won’t be a lead investor, preferring to participate alongside well-known VC firms, and also won’t take board seats at the startups. (For very small startups, Snowflake held a contest that will end up with one of the 700 applicants getting an investment.)

Snowflake may have some of the best database engineers in the world, but it doesn’t have the best at machine learning, or cybersecurity, or many other cutting-edge fields. The goal of the VC investments: get some of the top startups in those fields to focus on building products that are compatible with the Snowflake database.

The money won’t create exclusive partnerships. That’s not the idea. Even among the seven investments Williams has made so far, both DataRobot and Dataiku offer rival machine learning-driven services using data stored with Snowflake. “We are a platform, we’ve got to act like a platform,” Williams says. “We’re not going to try to be kingmakers.”

CFO Mike Scarpelli emphasizes that the goal is to offer Snowflake customers more reasons to use Snowflake (which, unlike some cloud businesses, charges by usage, not by set monthly subscription fees). “The value of our investing is going to be driven principally by the increase in consumption that’s going to drive our revenue,” he explained to me. “That’s going to be reflected on our stock price versus a 3X or 4X return on the $20 million we put in that investment that, quite frankly, goes below the line in the ‘other income’ line that no one really cares about.”

Less than a decade ago, Snowflake was one of those brand-new startups. Now it’s helping feed the ecosystem.

People try to put us d-down. More unwelcome attention for Apple's app store arrived on Friday. The European Union filed an antitrust complaint charging that Apple's required use of its in-app purchase service hurt competing music streaming services. Apple "distorted competition in the music streaming market as it abused its dominant position for the distribution of music streaming apps through its App Store," the complaint noted. Apple pointed out that Spotify seems to be doing quite well and that what the EU wanted was the "opposite of fair competition." Perhaps adding pressure on Apple, Microsoft said it will cut its take on games sales sold in its online store to 12% from 30%.

Just because we get around. Wall street continued to sift through a wave of tech earnings. Amazon, still benefitting from the pandemic shift to e-commerce, rode a gnarly wave sky high in the first quarter. Sales increased 44% to $108.5 billion, more than analysts expected, and second quarter sales could hit $116 billion. Amazon's stock price, up just 7% so far in 2021, rose another 3% in pre-market trading. Twitter, however, Twitter is just seeing ankle slappers. Revenue rose 29% to $1 billion, about as forecast, but daily active users rose only 20% to 199 million, less than expected. Twitter's shares, which had gained 20% this year, plunged 13% in pre-market trading. And just as IBM CEO Arvind Krishna told us, the tech giant is going on the acquisition trail after spinning off its IT services unit. Big Blue will pay a rumored $2 billion for cloud management app developer Turbonomic.

Things they do look awful c-c-cold. Is the crypto crown shifting? Second-largest digital currency Ethereum hit an all-time high of $2,800 on Thursday even as bitcoin remained well off its recent top. Ethereum is proving itself the more useful blockchain, with news this week that the European Investment Bank will use it to list a digital bond offering. (In case you were wondering, the tiny Pressman crypto portfolio rode that wave. It's now up 330% since November.)

I hope I die before I get old. Former Boston Mayor Marty Walsh likes to give it to you straight. Now President Biden's Secretary of Labor, Walsh said Thursday that, yeah, most gig workers should be categorized as employees. That came a day after leading Uber critic and Brandeis professor David Weil was named to run the Department of Labor's Wage and Hour Division. Shares of Lyft lost 10% and Uber dropped 6% on Thursday after Walsh's comments.

Talkin' 'bout my generation. The little Mars helicopter that could just could not on Thursday. The Ingenuity drone did not take off as planned on Thursday for an unknown reason. NASA said it's "assessing the data and will aim to try again soon." Speaking of failures, Roku and Google couldn't come to an agreement about keeping YouTube TV on Roku's platform. So the best online cable replacement service is no longer available for new users (existing users can still access the app).

(Today's headline reference explainer video for those of you unfamiliar with the classic Who tune, or just seeking a refresher.)

The age-old art of product placement, where companies pay to have their gear show up in Hollywood movies, is getting a high-tech gloss. California startup Ryff can digitally alter movies on the fly as you watch via laptop, phone, or smart TV. It's kind of mind blowing, as Jonty Bloom reports for the BBC.

Roy Taylor, the chief executive of Californian-based business Ryff, says his firm is taking digital product insertion one stage further. It has developed the technology whereby the product placement is targeted at individuals, and changes depending on who is watching. So if you like wine then the hero of a film could be drinking a particular bottle that you might be tempted to try. Or if you are teetotal the star might be sipping on a bottle of branded water.

Ryff can do this if you are watching a film on a laptop, smartphone or smart TV, by tracking what you previously bought or looked at online. It works in the same way that online adverts pop up on websites based on your past purchasing or viewing history. "The technology is an attractive bridge between the demand for high-quality content free from intrusive advertising, and alternative sources of content provider revenue," says Mr Taylor.

A few great long reads I came across this week:

Inside Netflix’s Quest to End Scrolling (Vulture)
How the company is working to solve one of its biggest threats: decision fatigue.

NASA’s bold bet on Starship for the Moon may change spaceflight forever (Ars Technica)
"It is transformational to degrees no one today can understand."

How Wyoming became the promised land for bitcoin investors (Marketwatch)
The state is attracting crypto firms with its cutting edge legal framework for digital assets.

‘Parents are powerless’: Students face being held back after a year of remote learning (Politico)
Pandemic-related learning loss means some parents are weighing whether their children should repeat a grade. In 18 states, they won’t have a choice.

GoodRx helps people afford drugs. But is it improving health care or profiting off a broken system? By Erika Fry

How will we know if Snowflake has succeeded in becoming an indispensable productivity software platform like Microsoft? Maybe when smart women start quitting their day jobs to make TikTok videos offering power user tips to use Snowflake better? Hats off to Kat Norton, aka Miss Excel, who quit her consulting job this year to focus all her time on making TikTok and Instagram videos for spreadsheet jockeys. Have a great weekend as you learn how to left and find!