Why ‘time poverty’ is this decade’s great economic challenge 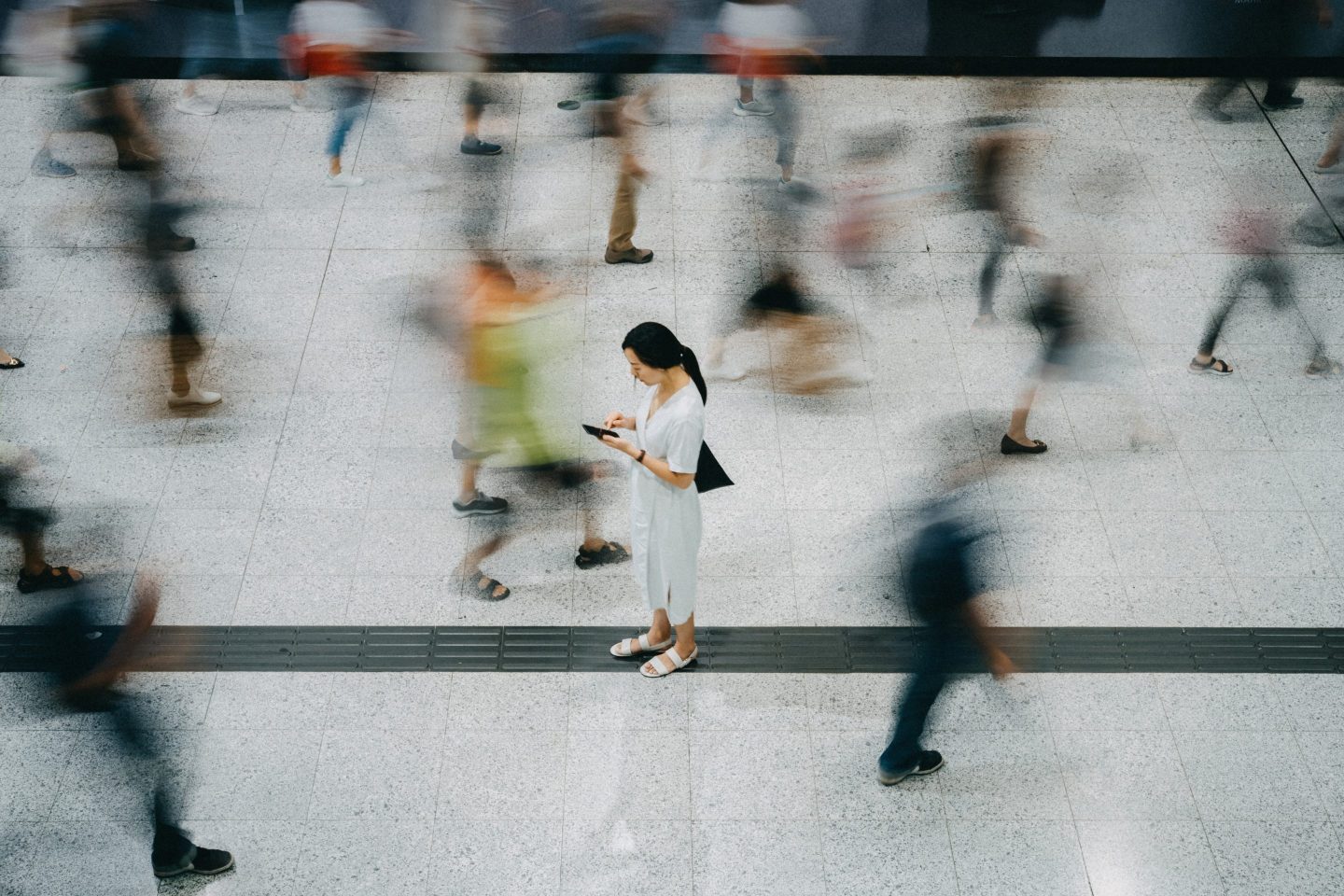 “If digital tools make us more efficient, why does using them more seem to give us less time in return?” writes Kirsten Allegri Williams. “The root cause is not a temporary effect of the COVID-19 crisis, but a by-product of our relationship to those tools.”

Call it another side effect of our COVID-era digital work environment: the phenomenon known as time poverty. Like Zoom fatigue, we didn’t see it coming, and how could you blame us? A year ago, when lockdowns began, it was a safe assumption that a lack of commuting and in-office interruptions would free up time for remote workers.

Yet after a year of working from home there is a collective sense of lost time. According to a February study from the Harvard Business Review, the amount of time we spend in meetings is up by 13%; 56% of remote workers feel their job demands have increased; and 62% said they’ve been struggling to manage their workloads over the past three months. The average workday is now 48 minutes longer than it was pre-pandemic.

If digital tools make us more efficient, why does using them more seem to give us less time in return?

The root cause is not a temporary effect of the COVID-19 crisis, but a by-product of our relationship to digital tools.

After the introduction of portable email devices like the BlackBerry in the 1990s, the length of the average workday increased by two hours. What was an effective increase in one form of wealth—the ability to communicate with our coworkers from anywhere—was paid for by the loss of another kind of wealth, namely, our time.

By productivity Bell meant the greater abundance of material goods derived from mass production. When there are several dozen varieties of toothpaste to choose from, the average person will not have the time to sample them all, even if they wanted to. It takes some time and attention to choose one brand over another, no matter how cursory the decision. Multiply this effect by every mass-produced object in your life, and you end up with a significant sum of your total time and attention. In short, every bit of economic growth has had an incremental cost in the available time of those who enjoy it.

Time poverty and the service economy

A single pair of scissors and a comb require little individual attention to mass-produce, yet getting a haircut still requires the sustained attention of a single skilled laborer and the uninterrupted presence of their customer. No matter how skilled the hairdresser, he or she still has only 24 hours a day to ply their trade, and the consumer still has only 24 hours in which to receive a haircut.

The only way to extract more growth from the services industry is to automate the work or to find a way to distribute skilled labor more efficiently. With fully automated hair salons and restaurants still confined to science fiction, modern tech has devoted much of its attention to the latter category, the more efficient distribution of labor.

The explosion of service apps has been derided as “the Internet of stuff your mom won’t do for you anymore,” but it has nevertheless unlocked tremendous wealth. Google made information delivery easier and has reaped the rewards, but so too have apps that have evolved to coordinate the gig economy.

App-enabled gig work is merely the latest phase of growth in the services industry, which has been steadily increasing in the U.S. since the 19th century and is currently on the rise in the rest of the world. Where once only the wealthy had servants, now anybody with a smartphone has access to a marketplace for the same services. All that stuff your mom won’t do for you anymore? It just might be the biggest source of economic growth in this decade, according to some economists.

The iconic example of this is the ride-sharing app Uber. It eliminated some of the constraints of time poverty for both the laborer and the consumer, by reducing the effort it took to coordinate the service. It may still take an hour to be driven to the airport, but the time you and the driver saved by skipping all the steps beforehand unlocked real economic value. As of late April, Uber’s market value was hovering near $110 billion.

The key to this wealth transcends mere efficiency. It also depends on a radical change in the experience of using the technology itself.

As Ogilvy vice chair Rory Sutherland has pointed out, Uber combines efficiency with insights into psychology. Because we can see on our smartphone’s screen exactly how long it will take our car to arrive, the anxiety of waiting is reduced. Ratings for riders and drivers and other psychologically pleasing aspects of Uber’s user experience are what fueled its expansion.

The hunt for the ‘Uber for haircuts’

Deployed throughout the rest of the services sector, similar processes will enable growth in the coming decade. What Uber has done for taxis will be done for health, wellness, beauty, education, food, long-distance travel, childcare, and even some professional services.

Even in the third decade of the 21st century, many widely used services are still constrained by the time cost built into outdated information technology. Search online for “Uber for haircuts” and you’ll see repeated predictions that one company or another is about to scale. Yet none has, even after a year when the digitally enabled ecosystem of home services has been in higher demand than ever.

While on the job, home health aides, nurses, and doctors will never be able to work faster than they already do. High-touch person-to-person services are valuable for the same reasons they are virtually impossible to automate. Yet even after a year of rapid digitalization, there are still huge gains to be made not from automation but from low-hanging fruit like moving hospital IT to cloud infrastructure, or using virtual care as a replacement for some in-person visits.

Hard as it is to believe, for every remote worker who spends their day on Zoom, there are frontline workers who still have to be physically present just to schedule their next shift on a piece of paper in an office.

But the resistance to digitalization doesn’t stop with physical, frontline services. Why haven’t the time-saving and psychology-boosting benefits of an app like Uber exploded into the world of financial services, for example? Take the multistep process of getting life insurance. It encompasses the coordination of in-person health screenings, personalized financial advice, and paperwork and is, even for those with the means to purchase it, still a time-intensive process. How much value could come from tackling the time poverty problem there, both for consumers and providers?

What’s the key to unlocking all that remaining growth? It is the one additional element without which Uber’s innovation would not have been possible: the speed at which we can now refine the user experience.

Unassisted by automated tools which analyze and refine the app according to mass and individual user behavior, Uber would not have scaled as fast as it did. The rate of improvement for technology products is crucial to growth, and there are signs that it is speeding up.

It took the personal computer 25 years to be adopted by 75% of households in the United States, half as long as it took telephones and automobiles to reach the same level of adoption. Cell phones reached 90% of the population even quicker, in just 15 years. But it took Uber less than three years to go from an idea to an operational reality in 35 cities. And it is telling that a neuroscientist was among the company’s first hires.

The ability to learn from user behavior and quickly refine user experience was what unlocked new value from transportation, a service as old as the wheel. In the next decade, it will be a wonder to see what new value can be unlocked from services even half as old.

Kirsten Allegri Williams is the chief marketing officer of Optimizely.