Oscars 2020: Welcome to the Wildest Screenplay Competition Ever 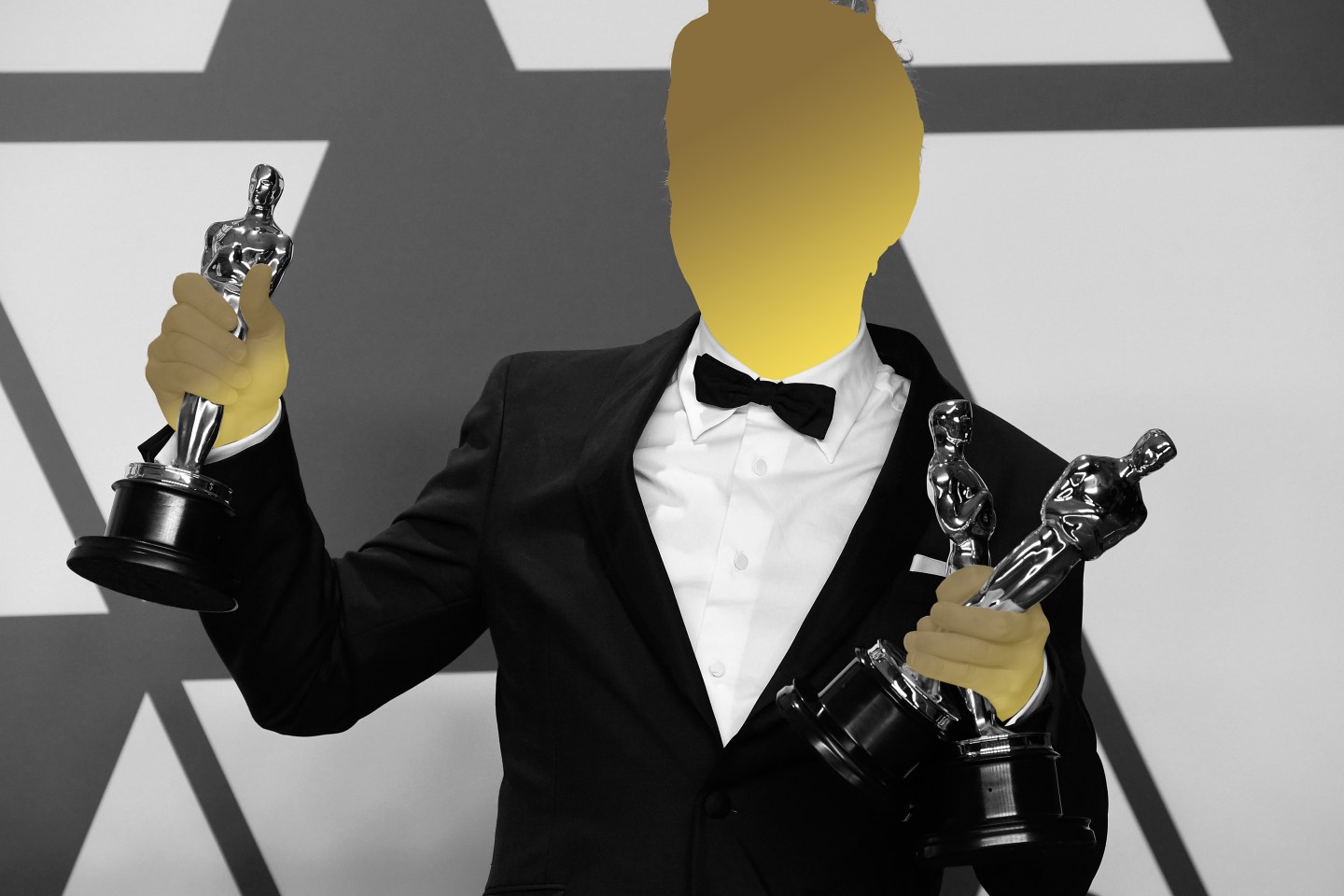 The only thing that can be stated with any certainty about this year’s Oscar race is that the competition is crazy fierce. But there isn’t a battle for best picture (or best actor and actress) without the toil and trouble of the writers who bring those stories to life. As the season’s key players come into sharper focus, it’s worth taking a deeper dive into just exactly what is most unique, and potentially history-making, about this year’s original and adapted screenplay contests.

Beginning in the early 1970s, screenplays centered on real-life events became a staple of Hollywood’s awards ritual. From the Oscar-winning scripts for Patton and Gandhi, to the war-backdropped Schindler’s List and The Pianist, to zeitgeist pieces like The Social Network and The Big Short, voters have increasingly tended to prefer less fiction and more timeliness in their winners.

This season, more than half of all key screenplay contenders center on true stories, including a diverse array of biopics like Roadside Attraction’s Judy (by Tom Edge), Sony’s A Beautiful Day in the Neighborhood (by Noah Harpster and Micah Fitzerman-Blue), Focus Features’ Harriet (by Kasi Lemmons and Gregory Allen Howard), Paramount’s Rocketman (by Lee Hall), Netflix’s Dolemite is My Name (by Larry Karaszewski and Scott Alexander); and dissections of modern news scandals like Lionsgate’s Bombshell (by Charles Randolph), and Warner Brothers’ Richard Jewell (by Billy Ray).

What’s particularly unique about this year’s true-story scripts is that many of them are original-screenplay contenders, despite the stories not centering on plots and characters “conceived” by the authors. These include 1917, Bombshell, Apple’s The Banker, Dolemite…, The Farewell, Honey Boy, A Hidden Life, Netflix’s The Two Popes, Harriet, Rocketman, and others.

Honey Boy and The Farewell offer an even more interesting twist in that they are based on events in their writers’ own lives. Such autobiography could be an issue for Academy voters who often favor the kind of bold, outright invention exemplified by previous original-script winners like Pulp Fiction and Django Unchained (both by Quentin Tarantino), Her (by Spike Jonze), Lost in Translation (by Sofia Coppola), and more recently, Get Out (by Jordan Peele), the latter being a rare genre title to gold. (Peele’s 2018 win bodes well for both Bong Joon-ho’s breakout Korean-language thriller Parasite, and the former’s own second stab at Oscar glory this year with for his Universal horror hit, Us, starring Lupita Nyong’o.)

But in the wake of last year’s best picture winner Green Book also nabbing best original screenplay—for a script about a seminal book that wasn’t actually an adaptation of said seminal book—anything is possible.

Since the first screenplay Oscar was given out in 1928, nearly 60 of the winning scripts were written by teams. This trend has ebbed and flowed over the years, with spates of back-to-back duo-wins in the 1990s (Matt Damon and Ben Affleck, the Coen brothers, for two) and more recently the teams behind The Big Short and Moonlight.

Matt Damon (L) and Ben Affleck pose with the Oscars they won for Best Original Screenplay for “Good Will Hunting” in 1998.
Hal Garb—AFP via Getty Images

This season, there are a record number of contenders in both the original and adapted races that were written by more than one person—around 21 movies at last count—and at least three of these teams include three or more writers, including Annapurna’s Booksmart, Ford v Ferrari, and A24’s The Last Black Man in San Francisco.

Considering the number of teams that have been feted over the years, there doesn’t seem to be a ingrained prejudice among voters against having multiple writers on a project. In fact, last year’s winning scripts for Green Book and BlacKkKlansman awarded three writers and two writers, respectively.

But with the sheer glut of overall stellar contenders this year, screenwriter-voters may feel inspired to single out solo scribes like Tarantino for Sony’s Once Upon a Time in Hollywood, Pedro Almodovar’s Pain and Glory from Sony Pictures Classics, The Farewell’s Wang, or Little Women’s Greta Gerwig, the latter of whose refreshed adaptation of Louisa May Alcott’s 1868 novel has made the Sony film, opening Christmas Day, a shiny new contender.

Speaking of Little Women, which has been adapted for TV and film more than a dozen times since 1917, the season is peppered with an array of already-beloved characters.

Leading this pack is Warner Brothers’ global juggernaut Joker, whose script by director Todd Phillips and Scott Silver is contending for best adapted screenplay because it’s based on preexisting characters, even though the story is almost wholly original. Others that qualify as adapted entries thusly include four Disney titles: Director Jon Favreau’s re-imagining of The Lion King, written by Jeff Nathanson; Pixar’s Toy Story 4 by Andrew Stanton and Stephany Folsom; Avengers: Endgame by Christopher Markus and Stephen McFeely; and Star Wars: The Rise of Skywalker by director J.J. Abrams and Chris Terrio, due right before Christmas.

Likely the quirkiest adapted-contender is Focus Features’ early-fall surprise hit Downton Abbey, based on Oscar-winning screenwriter Julian Fellowes’ erstwhile PBS/Masterpiece series. If love for the film continues, Fellowes could become the first screenwriter nominated for adapting his own TV series into a feature.

On that note, source material is more diverse than ever

Fiction and nonfiction books have long been constants in the adapted-screenplay races. And this year is no different as a slew of texts get their big-screen debuts, including author Christine Leunan’s novel Caging Skies, which was adapted by Taika Waititi in Fox Searchlight’s Jojo Rabbit; Nicholas Searle’s novel, The Good Liar, by Jeff Hatcher and Edward Norton’s long-simmering adaptation of Jonathan Lethem’s novel Motherless Brooklyn, both for Warner Brothers. Nonfiction standouts include Zallian’s Irishman script based on Charles Brandt’s true-crime bestseller I Heard You Paint Houses and Warners’ Just Mercy based on lawyer-activist Bryan Stevenson’s memoir of the same name.

Elsewhere in the adapted race, it’s a bit less traditional: Long-form magazine articles inspired at least four contenders—Dark Waters, STX’s Hustlers, Richard Jewell, and Beautiful Day… — and stage works are behind at least three films, including Judy, Universal’s Cats, and Netflix’s The King, which is based on various plays by William Shakespeare.

There’s actually a (small) handful of female contenders this year

Oscar’s roster of female screenplay winners is almost as bleak as its directors tally. Out of the 267 writers who have taken home trophies for screenwriting since 1928, fewer than 20 have been women and only six have won on their own: Ruth Prawer Jhabvala (A Room With a View and Howard’s End), Callie Khouri (Thelma & Louise), Emma Thompson (Sense and Sensibility), Jane Campion (The Piano), Sofia Coppola (Lost in Translation), and Diablo Cody (Juno).

After a depressing vacuum of female writing nominees in the last decade, including last year when only two of the 20 Oscar-nominated writers were women, things are slightly more promising for 2020: The Farewell’s Wang, Hustlers’ Lorene Scafaria, Late Night’s Mindy Kaling, Queen & Slim’s Lena Waithe, Clemency’s Chinonye Chukwu, and Little Women’s Gerwig are all being submitted as solo writers on their films. Harriet’s Kasi Lemmons, Toy Story 4’s Folsom, 1917’s Wilson-Cairns, and Parasite’s Jin Won Han share credit on theirs.

The most interesting script entry of the year could be the spring-release comedy Booksmart, which boasts a rare, large all-female writing team: Emily Halpern, Sarah Haskins, Susanna Fogel, and Katie Silberman. Based on the movie’s stellar reviews and ensuing buzz for stars Beanie Feldstein and Kaitlyn Dever, Booksmart could break through the original-screenplay race as did previous female-centered comedies Bridesmaids and Lady Bird, both of which earned nominations—if not for Oscars, then possibly the Golden Globes, which tends to make more room for levity than the Academy.

On Oct. 24, the Gotham Awards, often a harbinger of kudos to come, announced its picks for the year’s best films: A24’s The Farewell, Uncut Gems, and Waves; Netflix’s Marriage Story and Hustlers.

This is all to say: Who the heck knows what will happen next?

With dozens of awards milestones yet to unfurl before the end of the year, including New York Film Critics nominations, AFI Fest, and Golden Globes nominations in December, and a slew of top films still to screen for most Academy members (including the much-anticipated Adam Sandler-Safdie brothers collaboration Uncut Gems) the screenplay races remain as excitedly unpredictable as the film business itself.

—Inside Fox’s strategy as a newly independent network
—HBO’s The Apollo chronicles the theater’s struggles and triumphs
—#PayUpHollywood: Former Walking Dead showrunner calls for doing better by assistants
—Inside the Hollywood Film Awards
—Will social media buzz help decide the Oscars?
Follow Fortune on Flipboard to stay up-to-date on the latest news and analysis.