HBO’s ‘The Apollo’ Chronicles the Theater’s Struggles and Triumphs 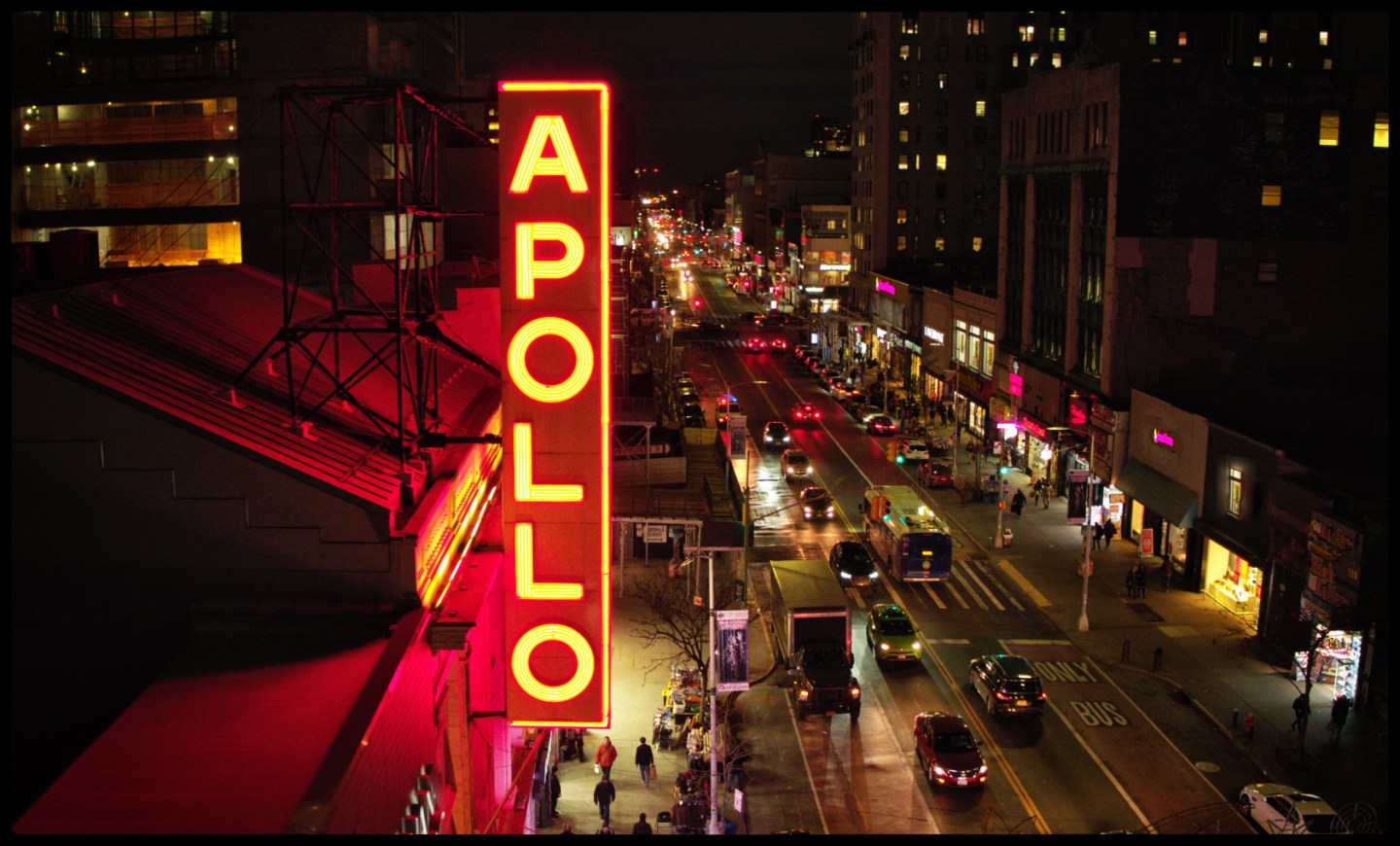 When the Apollo Theater team approached filmmaker Roger Ross Williams about making a documentary about the legendary Harlem venue, he was stunned. Not because they asked him—after all, he won an Oscar for his 2010 short film Music by Prudence and was nominated again for the 2016 documentary Life, Animated—but because the project hadn’t been made already.

Ross, who regularly attended the theater’s famed Amateur Night as an NYU student, gladly took on the “huge, huge, huge task” of telling the theater’s story and the end result, The Apollo, debuts on HBO Wednesday. With archival video, photographs, and documents—much of it discovered in the theater’s basement—he traces the Apollo’s origins from its 1934 opening as an integrated theater, through its years in disrepair and bankruptcy, to its current day status as a thriving New York State-owned nonprofit.

The timing of the filming worked out perfectly for Ross, who felt he needed a “hook” to show, rather than tell, why the Apollo is so crucially emblematic to black America today. That came in a 2017 stage adaptation of Ta-Nehisi Coates’s National Book Award winner Between the World and Me, a production featuring an ensemble cast reading passages, accompanied by a live band and projected visuals.

Ta-Nehisi Coates’ “Between the World and Me” at the Apollo.
Courtesy of HBO

“It was important not to just have a sort of history lesson but to actually connect that history to what is going on right now in America, and nothing did that better,” says Williams. “The Apollo is the only place that piece could have been performed—Ta-Nehisi was very clear on that. I said, ‘This is it. This is the way we engage young people.’ [It shows] that we still have a long way to go in our struggle in this country and the Apollo is a place to express that, to be in dialogue about our struggle, past, present, and future.”

The making of that show is intertwined with some of the most notable moments in music history, such as 17-year-old Ella Fitzgerald winning one of the earliest Amateur Nights in 1934, when she showed up to perform as a dancer but, intimidated by another act’s skills, opted to sing instead. There’s Billie Holiday singing “Strange Fruit,” when the song about lynching was largely banned by radio. There’s James Brown’s many legendary concerts on that stage and being publicly mourned on it, a young Lauryn Hill struggling at Amateur Night, Chris Rock recording one of his stand-up specials, even Barack Obama singing Al Green. As Williams says, it’s a concert venue, a town hall, and a church, all rolled into one.

What’s especially striking in the film, though, is to see how close the Apollo came to death with its 1981 bankruptcy. “The Apollo has had many lives,” says Jonelle Procope, the theater’s president and CEO. “In the ‘60s and ‘70s, when the civil rights movement achieved one of its goals, which was to open up opportunities for the entertainment community to appear in venues downtown and across the country, the Apollo suffered as a result of it. It only has 1,534 seats, so the business model no longer worked as a commercial establishment.”

The theater wound up receiving federal landmark status, with the state purchasing it in 1991 and allowing it to be run as a nonprofit, which opened the way for people like Procope and businessman and philanthropist Richard Parsons to restore it, physically and as an institution.

The Apollo continues to grow, with many recent developments that aren’t captured in the film. “It’s always been the jewel in the crown of the theaters on 125th Street and right now, we are about to expand for the first time in our 85-year history,” Procope says.

In addition to the main room, which has hosted concerts by the likes of Paul McCartney, Bruce Springsteen, and Lady Gaga in recent years, there will be two more theaters, with 199- and 99-seat capacities, plus a cultural space, condominiums, and a hotel. Coates is now the Apollo’s first-ever Master Artist-in-Residence, with programming in development for the next several years.

“There really is no performing arts center in the country that focuses on the African-American narrative, so that’s who we want to be,” Procope says. “What you see on the Apollo stage now is more like art programming, very varied. We still have Amateur Night, our Music Café for musicians who are a little under the radar, a comedy club, and we opened our season with a conversation between Ta-Nehisi and Oprah about his first novel, The Water Dancer. We really have a momentum. The wind is at our back and it’s really exciting.”

Williams’s The Apollo is just the latest part in that momentum, his way of showing how, in so many ways, the theater and the country have changed yet stayed the same, always looking toward the future while never forgetting the hardships of the past and present.

“I really want the film to show not just what’s happened on that stage, but how what has happened on that stage is reflected in the Harlem community and in the country,” Williams says. “That stage has always been the place that we express who we are, where we are as black people in America. Because of Jonelle, Richard, and the Apollo leadership, it’ll live forever. I really believe that the spirits of all the people who performed there would never let the Apollo die. The history it carries, the sweat in the floorboards of that stage, it can never be extinguished.”