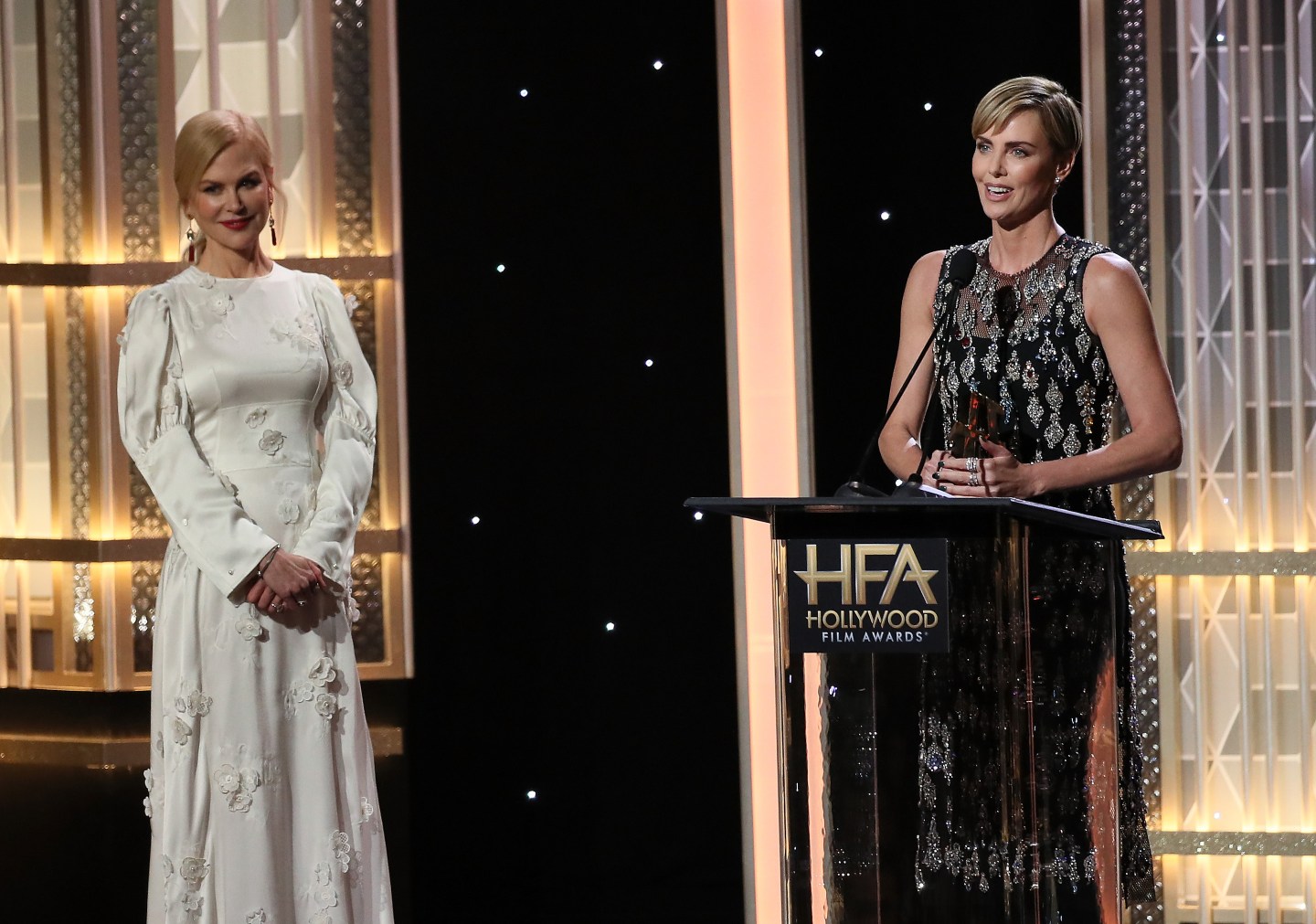 Perusing the roster of talent present for Sunday night’s Hollywood Film Awards (HFAs) in Los Angeles, it would have been easy to mistake it for other better-known celeb-driven fetes like the Golden Globes or even the Oscars itself.

And the pals who showed up to present said awards weren’t too shabby either: Nicole Kidman, Jennifer Garner, Francis Ford Coppola, Willem Dafoe, Robert Downey Jr. and Viola Davis, respectively. (Click here for a comprehensive list of all 24 awards.)

But there were a few signals that the ceremony, which is produced by Dick Clark Productions and in years past had been broadcast on CBS, felt custom-created to ensure its talent felt loose and free to say, well, whatever they wanted.

There was the moment singer Alicia Keys broke from her teleprompter remarks to administer a Zen-like ode to “all the love in the room” before presenting her friend, musician Pharrell Williams, with a song award; and the time career achievement honoree Theron took to the podium to declare that “Nicole mother-fucking Kidman!” was in the house; and the time breakthrough screenwriter LaBeouf thanked a Georgia police officer for arresting him back in 2017.

Such off-the-cuff nuggets seemed to delight the 700-plus crowd of film execs, agents, publicists, Academy members, journalists and talent as they noshed on steak and salmon during the three-hour ceremony. Also a hit was emcee Rob Riggle, who offered various deep-thought skewers about the biz throughout the night, including: “If an awards show isn’t televised, can it still disappoint in the ratings?”

Founded in 1997 by author-producer Carlos de Abreu, the HFAs has seen 140 of its honorees go on to earn Oscar nominations or wins. And while the ceremony is often touted as the official kickoff to awards-season, Sunday’s event almost felt like a mid-season affair as this year’s abbreviated race (the 2020 Academy Awards are on Feb. 9, weeks earlier than usual) saw campaign-craziness begin in September.

This aggressive timeline, coupled with an impressive, competitive glut of 42 best picture contenders across more than a dozen studios, is making for an extra frenetic, exciting quest for gold.