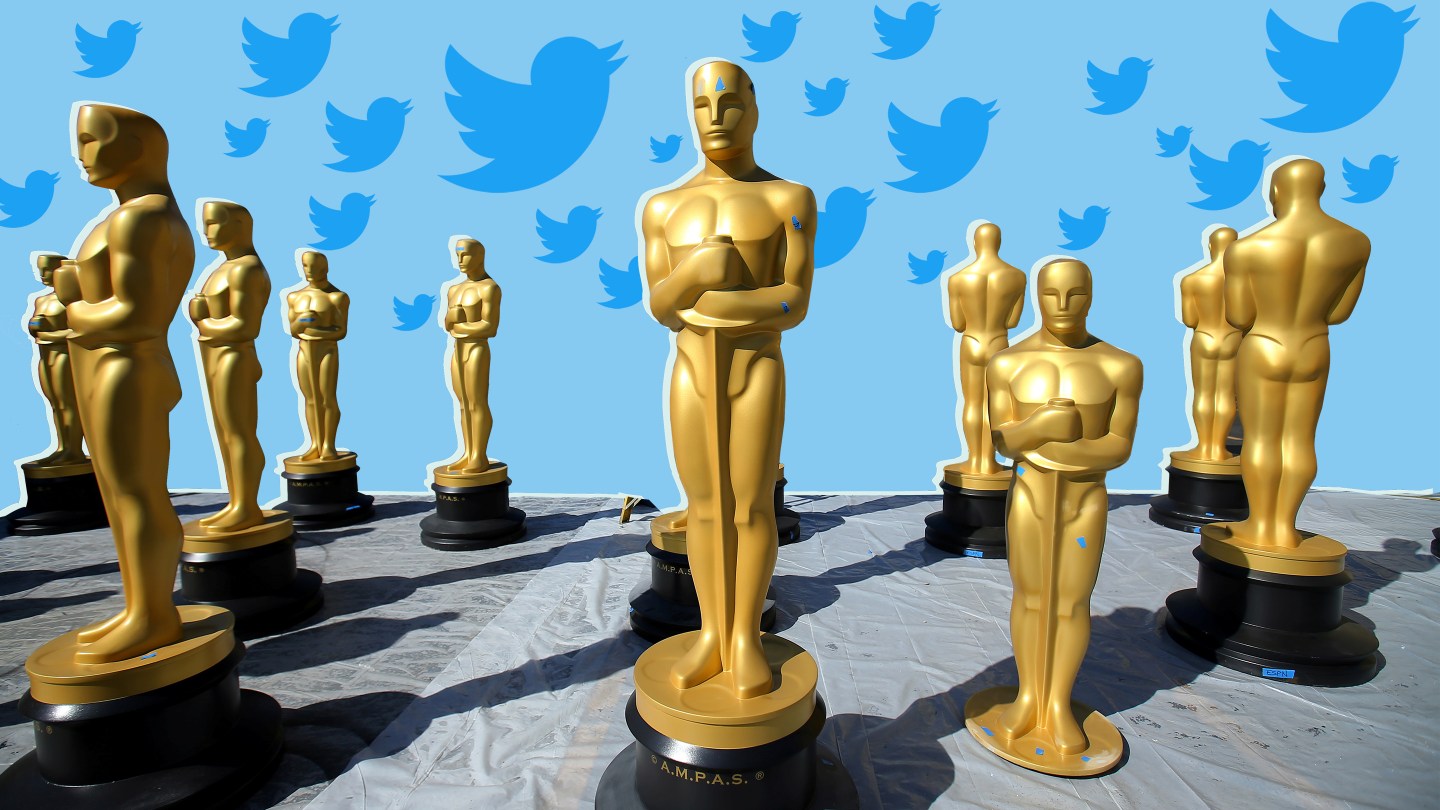 A couple of weeks ago, Ava DuVernay, the acclaimed director of Selma, When They See Us, and many other award-winning films took to Twitter to promote a film.

That wouldn’t be noteworthy in and of itself except for the fact that DuVernay wasn’t promoting one of her own films. She was spreading the word about fellow filmmaker Taika Waititi’s new film, JoJo Rabbit, which hit select theaters on Oct. 18. The film, which features Waititi as a fictionalized Hitler, won the Toronto International Film Festival’s People’s Choice Award, which is traditionally a bellwether for Oscar contenders. But given the film’s tricky subject matter, a social media boost could help translate its “anti-hate” message for Oscar voters, who may be reluctant to vote for a satire about Hitler.

DuVernay, who previously worked as a film publicist, shared a clip of Waititi on The Daily Show with Trevor Noah to her 2.3 million Twitter followers and implored them to see JoJo Rabbit and “Don’t be a Nazi.”

DuVernay is far from the only filmmaker or actor to use social media to boost a colleague’s latest project, but thanks to her large Twitter following, she is one of the most influential. Her words bestow a mark of approval on a project, which could have a positive impact on a film as potentially divisive as JoJo Rabbit, come awards time.

“There are some directors, Ava DuVernay is an example, she’s a master tweeter and a master user of social media,” says Deadline awards columnist Pete Hammond. “You want Ava DuVernay to like your movie. It’s more than likely she’s going to tweet about it.”

A social media presence is essential

The Oscars ceremony isn’t until Feb. 9, but awards season has already kicked into high gear. Studios are investing heavily in publicity and marketing, from “For Your Consideration” campaigns to VIP screenings. There’s also an increased focus on social media marketing, as well as organically generated social media buzz.

“There are so many more focused and targeted ads on Instagram and Facebook than ever before, way more than last year and we’re only in October,” says Erik Anderson, founder of Awardswatch, a website devoted to entertainment awards predictions.

Hammond agrees that, “the studios, in general, are using social media more than they’re using newspapers these days. Social media is a key part of any marketing plan.” Personal endorsements from well-respected filmmakers and actors may be even more influential than paid social media marketing.

“As an awards voter myself, we are besieged with too many choices in a myriad of categories, with too little time to watch everything,” says Richard Lorber, president and CEO of Kino Lorber, the company behind Of Fathers and Sons, which was nominated for Best Documentary Feature at the 2019 Academy Awards. “Social media word-of-mouth from trusted friends and respected critics and tastemakers helps cut through the noise.”

Lorber acknowledges that influencers have always been a central part of any awards campaign, but says, “it has become more individualistic and fragmented with personally trusted voices being more compelling than the paid or promoted tweeters.”

In July, the Academy of Motion Picture Arts and Sciences invited 842 artists and executives to become members. Partially in response to the #OscarsSoWhite movement, the Academy has made efforts to diversify its membership, which has historically been dominated by old white men.

As a result, Academy membership has become younger and more social media-savvy. Studios are getting the message—Twitter is where Oscar buzz can amplify. Social media is just another platform where marketers can “tell the story” of a film and keep it in the awards conversation.

“Studios are becoming more aware of how important social media is. With so many younger members invited to join the Academy and they’re all on social media, strategically, it’s smart for studios to use social media to build buzz for their films,” says Kevin McAlpine, director of content, ID PR, a fully integrated agency which represents some of top talent, studios, and movies, including managing awards campaigns.

Some studios, most notably the boutique indie distributor A24, have been savvily using social media to build audiences for years.

As the New York Times noted in 2018, “For most theatrical releases, A24 would spend roughly 95 percent of its marketing money online, using data and analytics to stitch films into the social media firmament in ways that prompts movie lovers to feel a sense of discovery and pass the message on organically — persuading fans to persuade one another.”

The Hollywood studios seem to be catching on to something A24 has known for years—social media marketing is more economical, and often more persuasive, than traditional publicity and advertising.

“If someone like director writer-director-producer J.J. Abrams (who has over 108,000 followers on Twitter) tweets that he really loves a movie that he’s had nothing to do with, that can be very effective in a campaign,” says Hammond. In fact, Abrams isn’t very active on social media these days. But he did retweet in support of DuVernay’s When They See Us, which hit Netflix on May 31 and just received a Gotham Awards nomination for “Breakthrough Series – Long Form.”

Some films—in particular, ones without A-list American stars who will make the talk show rounds—can especially benefit from social media attention. “There’s no question that social media is helping a film like Parasite,” Hammond says. “It’s a foreign language film from South Korea, you want to get the word out there and get people to see it.”

Josh and Benny Safdie, directors of another possible awards contender A24’s Uncut Gems, starring Adam Sandler, tweeted about Parasite, distributed by Neon, writing, “Don’t ask questions, don’t read about it, just see it. Director Bong and his incredible cast will use your mind as a host as they show you how absurd our invisible rules are.”

Still, Twitter can be an echo chamber and looking at last year, what’s popular on Twitter doesn’t always resonate with Academy voters.

“I don’t want to conflate Twitter responses—even from filmmakers—as being representative of what Oscar voters as a whole are going to do,” says Anderson. “Last year, Bohemian Rhapsody and Green Book were hated in the Twitterverse. There wasn’t any amount of Twitter conversation that was going to take them down. Both films ended up doing very well with Oscar voters.”

—And the Oscar for Best Picture will go to…
—Angelina Jolie-produced documentary Serendipity explores breast cancer through sculpture
—More episodes of Evil and Prodigal Son are coming—but fall TV is missing breakout hits
—Shea Serrano on Movies (and Other Things), and why he isn’t fully sold on showbiz
—Robert Eggers talks The Lighthouse, The Northman, and… Mary Poppins?
Follow Fortune on Flipboard to stay up-to-date on the latest news and analysis.