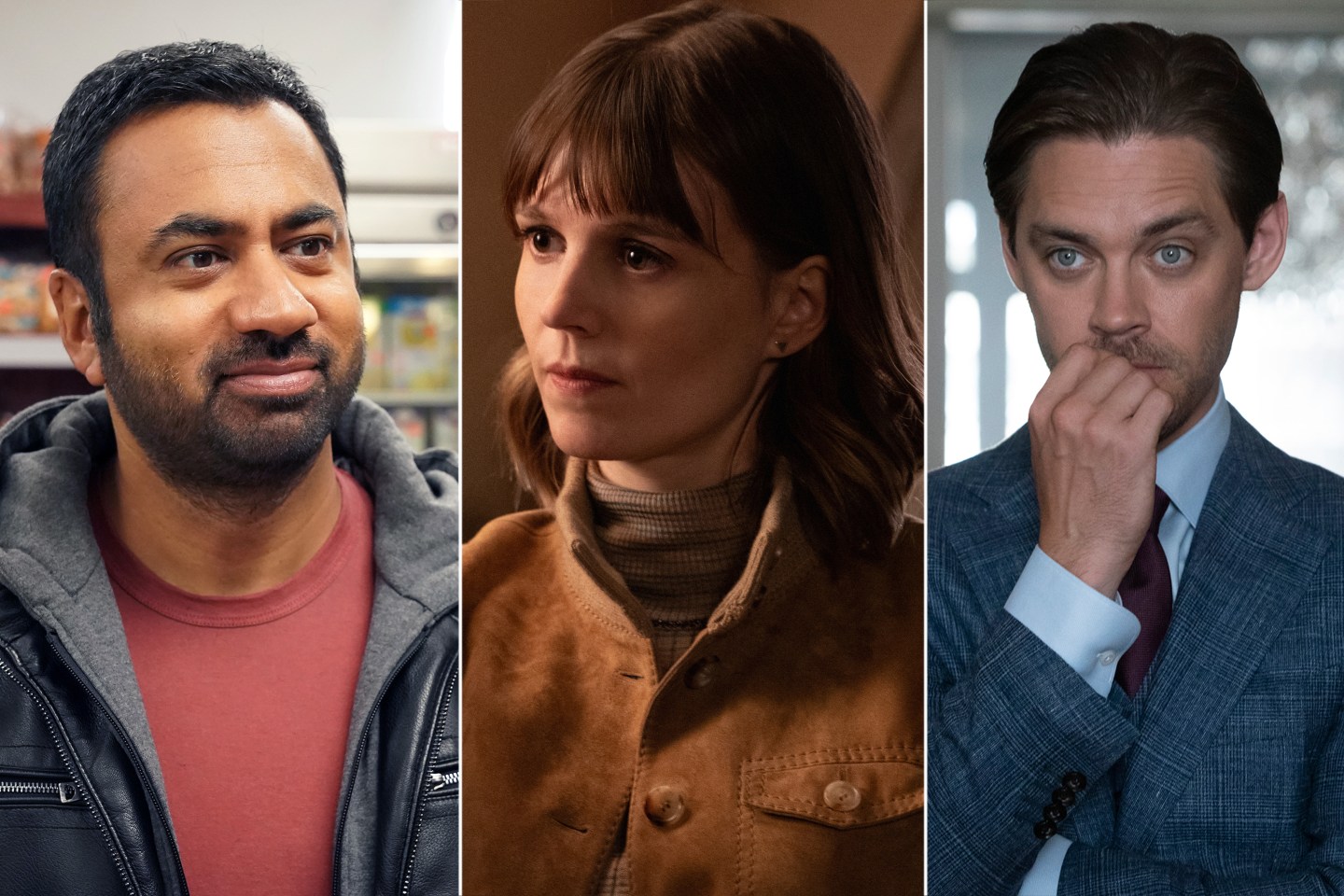 Must See TV? Not so much.

We’re a month into the fall TV season and if you can’t name any of the networks’ new shows, you’re not alone.

None of the new programs from the big four networks (ABC, NBC, CBS, Fox) qualify as bona fide hits. Overall, ratings are down for broadcast network TV shows and there have been some big disappointments.

“This is the worst freshmen season I’ve seen in terms of performance,” says Marc Berman, TV analyst and editor-in-chief of Programming Insider. “We’re in an era of peak TV. There are so many other options. But the bigger concern is that the broadcasters didn’t come out with the types of shows that viewers want to watch.”

Across the board, broadcast network ratings are down as viewers (especially in the ad-friendly demographic of 18 to 49) bypass appointment viewing in favor of binge-watching on streaming platforms. All of the buzziest shows—think Stranger Things, Pose, Killing Eve, Succession, or Fleabag—are either on streaming platforms or cable networks.

Last month, when the 2019-20 broadcast TV season kicked off with 13 new series, viewers largely failed to tune in. (The CW launched its new shows earlier this month.) According to the Nielsen numbers, during premiere week, only one out of the 13 new shows managed to reach a 1.0 rating in the key 18 to 49 demo, while the average among the rest was a 0.7 rating. That’s just half of the 1.4 rating earned by last year’s batch of new shows (and even that wasn’t so great).

“While the networks are seeing more and more viewers switch to digital and delayed viewing, the benchmark for what constitutes a strong or even average linear debut is clearly changing. But even given the shifts in viewing habits, it has been a torrid start for the networks almost across the board,” per Variety.

‘Hits’ and misses on broadcast TV

There’s already been one cancellation, Kal Penn’s low-rated half-hour comedy Sunnyside, which NBC yanked from the schedule after just four episodes. Sunnyside will finish up its run on Hulu and NBC has replaced it with the final season of Will & Grace. Sunnyside may get a second season on streaming, but its network days are over.

While it wasn’t officially canceled, NBC will also not shoot any additional episodes of Bluff City Law. The legal series starring Jimmy Smits is currently poised to wrap after its initial 10 episodes. That’s a pretty clear sign it won’t be getting picked up for another season.

The future of another one of NBC’s new shows, the Bradley Whitford comedy Perfect Harmony, is also up in the air. The series, whose ratings are only mildly better than Sunnyside‘s will conclude its 13-episode run. But, according to Deadline, NBC is on the fence and may hold off until spring before making a decision about whether to renew it.

Meanwhile, there are some qualified successes, but calling them “hits” would be a stretch. Even the shows getting renewal orders aren’t performing all that well.

CBS recently announced that it has renewed Evil and ordered full seasons of four other new shows, All Rise, Carol’s Second Act, The Unicorn, and Bob Hearts Abishola from hitmaker Chuck Lorre (Big Bang Theory, Two and a Half Men).

Evil, the well-reviewed supernatural drama from Robert and Michelle King (The Good Wife), will wrap its 13-episode first season on Jan. 30. The series focuses on a skeptical female psychologist (Katja Herbers) who teams up with a priest-in-training (Mike Colter) and a carpenter (Aasif Mandvi) to investigate the Church’s backlog of unexplained mysteries.

But Evil is only averaging 0.62 in 18 to 49 viewers, or a little over four million viewers, not exactly a hit.

CBS hasn’t yet committed to renewing the other four programs.

“They’re off to strong starts and are still being discovered on the many catch-up and playback options available to our viewers today,” said Kelly Kahl, president of CBS Entertainment, in a statement. “We’re proud of this freshman class and excited about their potential to tell more great stories and further expand their audiences.”

The drama about a criminal profiler who enlists the help of his serial-killer father benefits from a strong lead-in from 9-1-1 on Fox. “I wouldn’t call Prodigal Son a hit,” says Berman. “It’s doing okay because of the time period it’s in.”

The network has also renewed new animated comedy Bless The Harts for a second season despite the so-so ratings.

The definition of a successful show has changed as the ratings bar has lowered. ABC’s Stumptown, the Portland, Ore.-set new series starring Cobie Smulders as a Marine veteran-turned-private detective, has been touted as a hit. But last week, it got a 0.7 rating among adults 18 to 49, per Nielsen numbers. However, if you go by delayed viewing, it received a 1.5 rating—which may be why it’s still considered promising.

Reliable fan favorites largely continue to deliver consistently, including NBC’s This is Us and ABC’s Grey’s Anatomy. Even in its 16th season Grey’s Anatomy is still holding up. It’s by far ABC’s highest rated scripted series. ABC can also boast it has the highest-rated comedy, The Conners, now in its second season.

“This season, it’s all about the established hits. Shows like CBS’s FBI or the NCIS shows are still doing well,” says Berman. “But the biggest winner this season by far is football. As far as the new shows, there’s not one real hit.”

Five out of six of the most watched telecasts among the coveted 18 to 49 demo (accounting for seven days of delayed viewing) in week three of the fall TV season were broadcasts of football games on CBS, Fox, and NBC. This is Us is the only scripted program to land in the top six shows. The Masked Singer, Fox’s kooky competition show, was the highest rated reality TV show for the week.

Without CBS’s The Big Bang Theory as a lead-in this season, the spinoff Young Sheldon is in trouble. “Nobody expected it to do the same numbers as The Big Bang Theory,” says Berman. “But when you drop to a 0.9 rating in the 18 to 49 demo, that’s a big deal.”

To put that in perspective, just a few years ago, a new show premiering with a 2.0 rating would likely be yanked off the air.

It’s all part of a broader trend. The overall TV audience has been dwindling steadily over the past five years.

In January, Ad Age reported that ABC, NBC, CBS, and Fox had seen a 27% drop since 2016 in adults 18 to 49, advertisers’ “demographically desirable” viewers.

Broadcast networks can still find success—if they deliver quality shows that people are interested in watching. “If it’s a good enough show and it generates some conversation, it’s got a shot,” says Berman.

—An inside look at the Kurt Cobain business
—Shea Serrano on Movies (and Other Things), and why he isn’t fully sold on showbiz
—How your favorite TV shows make it from screen to stage on live tours
—Disney+ reveals its slate of feel-good unscripted fare
—Robert Eggers talks The Lighthouse, The Northman, and… Mary Poppins?
Follow Fortune on Flipboard to stay up-to-date on the latest news and analysis.