Behind the Scenes: How Your Favorite TV Shows Make It From Screen to Stage on Live Tours 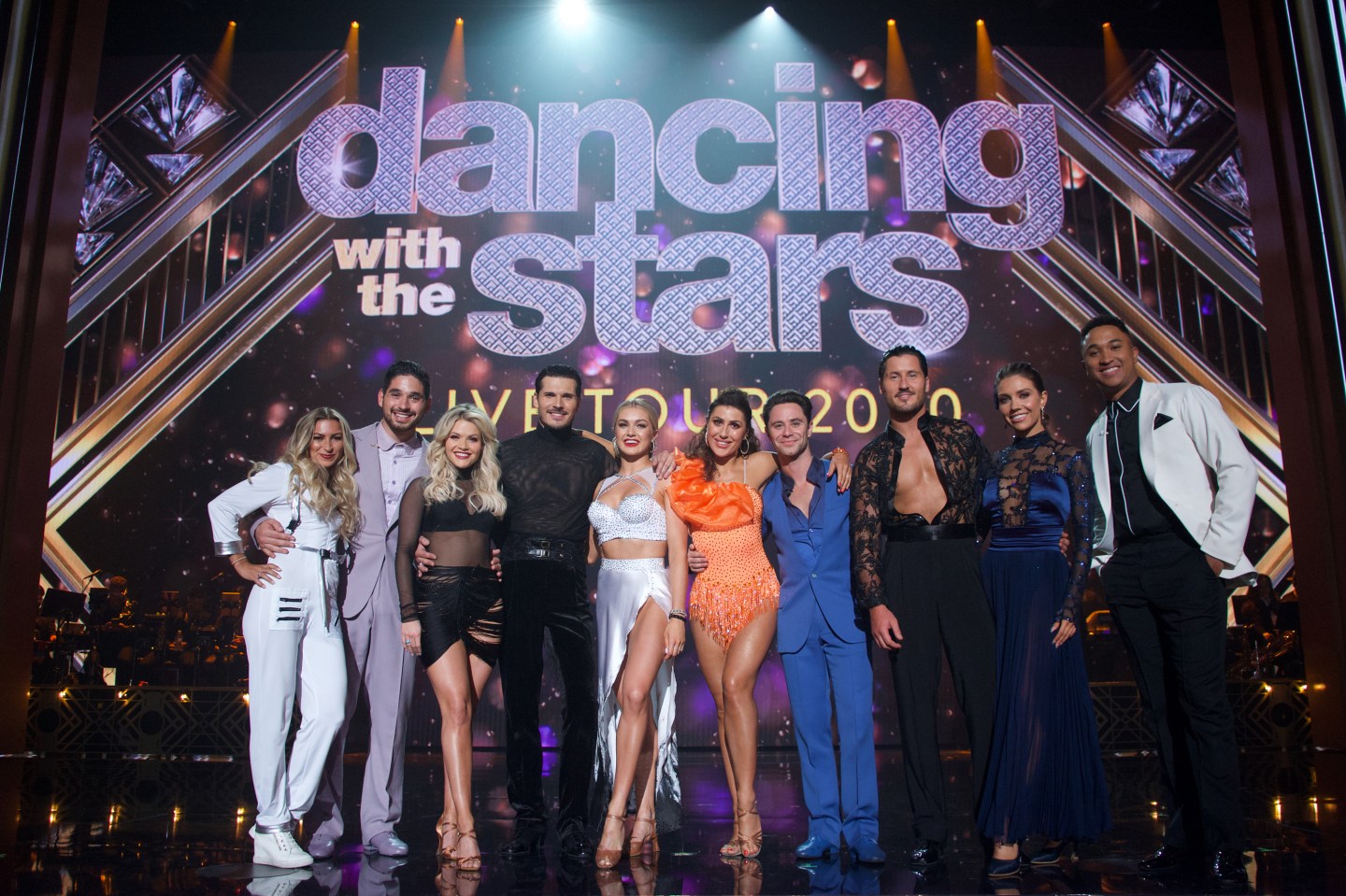 DANCING WITH THE STARS - America's favorite dance show is going back on tour this winter with "Dancing with the Stars - Live Tour 2020." The longest tour to date will be kicking off Jan. 9 in Richmond, Virginia, the all-new production will feature fan-favorite professional dancers wowing audiences with every type of dance style as seen on ABC's hit show "Dancing with the Stars." (Eric McCandless/ABC via Getty Images)
Eric McCandless/ABC via Getty Images

Jared Paul heard a rumor in the summer of 2002 that a new reality singing competition he had been watching on TV was planning a concert tour. At the time, he was 24, and booking entertainment for what is now Capital One Arena in Washington D.C. After making a few inquiries, he took a chance and added a date to the venue’s events calendar—and promptly sold 11,000 tickets when the first American Idols Live! tour rolled through town that November.

Ten years later, Paul was the one producing concert tours for live versions of hit TV shows, including America’s Got Talent, Big Time Rush, Dancing With the Stars, Glee, So You Think You Can Dance and, eventually, American Idol, too.

Now, Paul has essentially cornered the market on adapting TV shows for the concert stage for Faculty Productions, the artist management and live entertainment company he founded in 2013 in partnership with the concert promoter Live Nation. Seeing and booking that first American Idols Live! tour was formative.

“That was a real eye-opening experience,” Paul says. “There are more ways to create live entertainment than record a hit record and go on tour.”

Paul has plenty of experience with that, too. After leaving D.C. in the mid-2000s to work with music-industry mogul Irving Azoff, Paul began managing artists including Jennifer Hudson, Smashing Pumpkins, and New Kids on the Block, who sold more than 2 million concert tickets and grossed $100 million in revenue since reuniting in 2008. Yet Paul had long been drawn to the entrepreneurial aspect of creating a touring production without the benefit of hit songs or the kind of committed, engaged fan base that a group like New Kids has built.

“I’m interested in being part of the process. I’m not interested in relying solely on someone else’s creativity,” says Paul, citing the events producer Kenneth Feld and pro-wrestling impresario Vince McMahon as models. “I want to own the ring, to create shows that we can really invest in long-term.”

It’s working. The 2010-11 Glee Live! tours brought in more than $45 million and drew more than 500,000 spectators, while setting an attendance record at O2 Arena in London. Big Time Rush Live, a touring version of the Nickelodeon show about four youth hockey players selected to form a boy band, performed in front of more than a million fans between 2011-14.

More recently, So You Think You Can Dance Live! launched a 40-city fall tour Oct. 12, while Dancing With the Stars: Live! (the concert versions tend to include exclamation points in their names) kicks off an 80-date North American tour in January, its sixth tour since 2014. There’s even Jennie Garth & Tori Spelling Live: A Night to Remember, a small-scale outing in November tied to the six-episode reboot of Beverly Hills 90210 that aired earlier this year on Fox.

Adapting a television show for the stage usually means creating a version that fans will embrace without trying to exactly duplicate what they have been watching on TV. For Glee, or Big Time Rush, it wasn’t feasible to reenact episodes of the show on tour, so the concert format became more like a revue of the characters’ musical moments.

With reality competitions, Paul says, it’s about capturing the spirit of the show while bringing the competitors (or the professionals they are paired with, in the case of the dance-based programs) into closer contact with the audience.

In designing the productions, Faculty hires set designers, costume designers, lighting designers, and sometimes musical directors—some of whom also work on the television versions—to make the touring spectacle look and feel like an extension of the show.

“They’ve put a lot of time and energy into the show you’re watching at home, and so if people come in and it’s nothing like what they’ve been watching, or if it’s some low-budget thing, people are going to walk out very unsatiated,” says Paul, 41, who started Faculty after his partnership with Azoff dissolved in 2013.

The concerts were generally worth the money for Marnie Leavitt, 43, who saw Glee Live! in New York City in 2010, and So You Think You Can Dance Live! in 2011 near Washington D.C. Seeing the latter was a chance to watch her favorite performers from the show execute their choreography from a vantage point that didn’t rely on close-up camera shots.

“In that sense, yes, it did feel like an extension of what I had seen on TV,” she says.

What Leavitt remembers most about Glee Live! was the “corny” recorded message from an actor who wasn’t touring with the show, along with the venue, Radio City Music Hall, and the opening act, the Legion of Extraordinary Dancers.

Though the reality shows tend to have rotating casts of competitors who don’t allow for the same kind of deeply connected fan communities as, say, New Kids on the Block, they inspire their own form of devotion that often transcends one specific season of television.

“Fans are fans,” says Tom Cantone, senior vice president of corporate sports and entertainment for Mohegan Gaming and Entertainment, which runs venues in five states, Canada, and South Korea. The company’s flagship venue, Mohegan Sun Arena in Uncasville, Conn., has two dates set aside for Dancing With the Stars: Live! in January.

“Anything on primetime TV that’s highly rated is always the best marketing you can do for a venue,” Cantone says. “It really is a natural fit. The brand awareness for the show takes on its own meaning.”

TV shows aren’t the only ones finding that brand awareness can lend itself to a live event. YouTube stars and even podcasts, including the NPR Spanish-language program Radio Ambulante, have hosted live events in front of audiences. The Madrid-based Spanish Football Podcast has done live gigs in Spain and also Ireland. “We live in this world where you can build an audience and build a community through television, or a podcast, or any way,” says Paul. “To me that’s tremendously exciting.”

A possible future step for Paul and Faculty Productions is investigating whether they can do things the other way around by starting with a live concept and working backward. “Could we reverse-engineer YouTube content or television content with the end goal in mind of putting it on tour?” he says. “I’m interested in a future that would involve conceiving and bringing content to market.”

—Disney+ reveals its slate of feel-good unscripted fare
—Streaming wars will cost Netflix another $2 billion
—Spotify saved the music industry. Now what?
—Robert Eggers talks The Lighthouse, The Northman, and… Mary Poppins?
—As it approaches launch, Apple TV+ plots its future
Follow Fortune on Flipboard to stay up-to-date on the latest news and analysis.