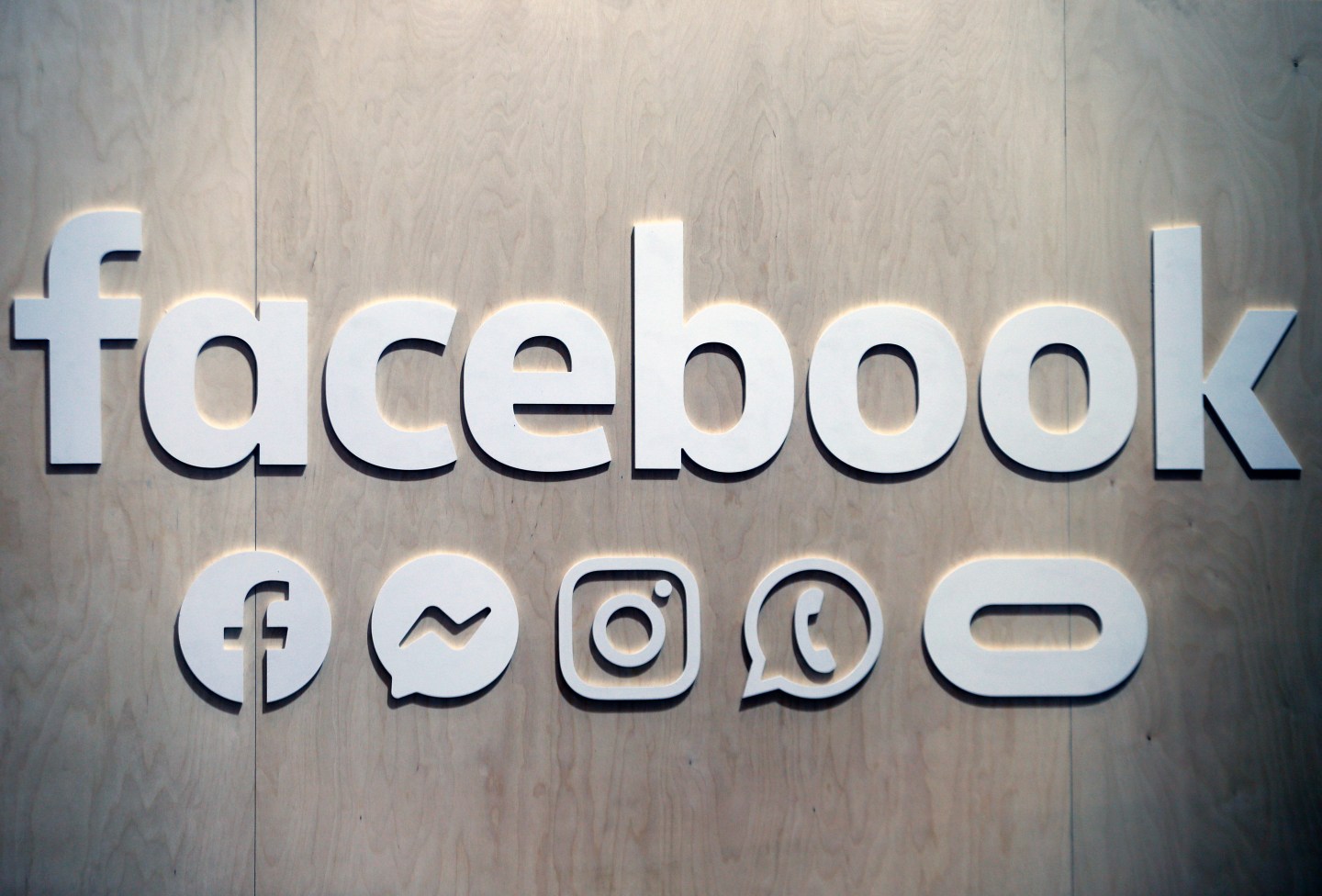 PARIS, FRANCE - MAY 16: The Facebook social media logo is displayed during the 4th edition of the Viva Technology show at Parc des Expositions Porte de Versailles on May 16, 2019 in Paris, France. (Photo by Chesnot/Getty Images)
Chesnot Getty Images

– From an economics perspective, the marginal benefit of adding each new customer to a digital network is significant while the marginal cost is near zero, creating powerful winner-take-most-or-all dynamics.

– From a business perspective, those economics tilt the playing field in a direction that feels vastly unfair to incumbents. (Which may be why upwards of 40% of the Fortune 500 CEOs we polled this year believe Alphabet, Amazon, and Facebook need additional regulation.)

– From a media perspective, the tech firms are up against one of the businesses that’s been most disrupted. (Check out this new data showing 2 out of every 3 digital ad dollars goes to the three companies mentioned above.)

The problem is that proper regulation of digital platforms will require a deft hand, and deft hands are in short supply in Washington these days. With Teddy Roosevelt in mind, politicians are calling for “trust busting”—ignoring the fact that the network effects that drive these companies’ bigness also create benefits for users. A more proper approach might be to create an FCC-style regulatory apparatus that ensures the digital platforms follow certain rules to maximize consumer benefit and minimize anti-competitive effects. But crafting intelligent legislation on such a complicated topic was hard back in the days when government was quasi-functional. In today’s polarized environment, it will be near impossible. That’s the one thing the tech companies have going for them.

And in case you missed it—the big bombshell this weekend was David Sanger’s story in the New York Times saying the U.S. government has buried “digital land mines” in the Russian power grid. President Trump tweeted the story was both “fake news” and “a virtual act of Treason.” It should be no surprise, as Fortune’s Robert Hackett writes, that cybersecurity IPOs are attracting particular interest this year.

Speaking of power grids and cyber-stuff, an enormous blackout hit Argentina, Uruguay, Brazil, Chile and Paraguay yesterday, and Argentinian President Mauricio Macri said a cyberattack could not be ruled out as the cause. Humidity's another possible culprit. The unprecedented problem originated in Argentina's coastal transmission system—the regional grid got disconnected from all the generators at the Yacyreta hydroelectric dam. Bloomberg

Boeing CEO Dennis Muilenburg says his company should have communicated more "crisply" with its customers and regulators following the fatal crashes of two of its 737 Max planes. Muilenburg regarding Boeing's safety procedures failing to spot flaws: "Clearly, we can make improvements, and we understand that and we will make those improvements." The FAA may reportedly start trials of Boeing's fixes as early as this week. Reuters

The Financial Times reports that Deutsche Bank is to shrink or close its U.S. trade business and set up a so-called "bad bank" to hold or sell assets—mostly long-dated derivatives—valued at up to $56 billion after adjusting for risk. "It makes sense for us to put all these long-term, nil-revenue assets in a non-core unit," said one "senior figure at the bank." FT

Huawei has for the first time quantified the hit it will take from the U.S. ban on vendors selling to the Chinese telecoms giant. Founder Ren Zhenghfei said Huawei expects to lose around $30 billion in revenue over the next couple years, with overseas smartphone shipments falling by as much as 60%. Ren: "We didn’t expect the U.S. would so resolutely attack Huawei. We didn’t expect the U.S. would hit our supply chain in such a wide way—not only blocking the component supplies, but also our participation in international organizations." Bloomberg

Procter & Gamble will try to pitch some of its most popular products, such as Crest toothpaste and Pantene shampoo, as "wellness boosters" by teaming up with Arianna Huffington's "behavioral health" firm Thrive Global. As Fortune's Sy Mukherjee writes: "Thrive’s central role across the P&G portfolio will be providing what the company calls behavioral 'microsteps' in order to 'habit-stack'–i.e, build a positive, affirming mental habit into something consumers may already do every day." Fortune

Public hearings on the Trump administration's proposed next round of tariffs on Chinese imports begin today, and the Wall Street Journal reports that many businesses have already been writing to the U.S. Trade Representative, complaining that they have no choice but to buy from China. WSJ

As of today, U.K.-listed firms will be able to also list in mainland China. The London-Shanghai Stock Connect stock link is the first to allow foreign firms to list in China. The move will allow companies in each country to raise money in the other. "Stock Connect is a groundbreaking initiative, which will deepen our global connectivity as we look outwards to new opportunities in Asia," said British Chancellor Philip Hammond. BBC

Unilever had some of its marketing and ad agency staff in New York, London and Rotterdam take a DNA test and read the results, in order to test whether heritage-related revelations affected their unconscious biases. The consumer goods giant, which worked with University College London staff on the exercise, said reading the results "significantly" reduced the subjects' stereotypical thinking. CNBC