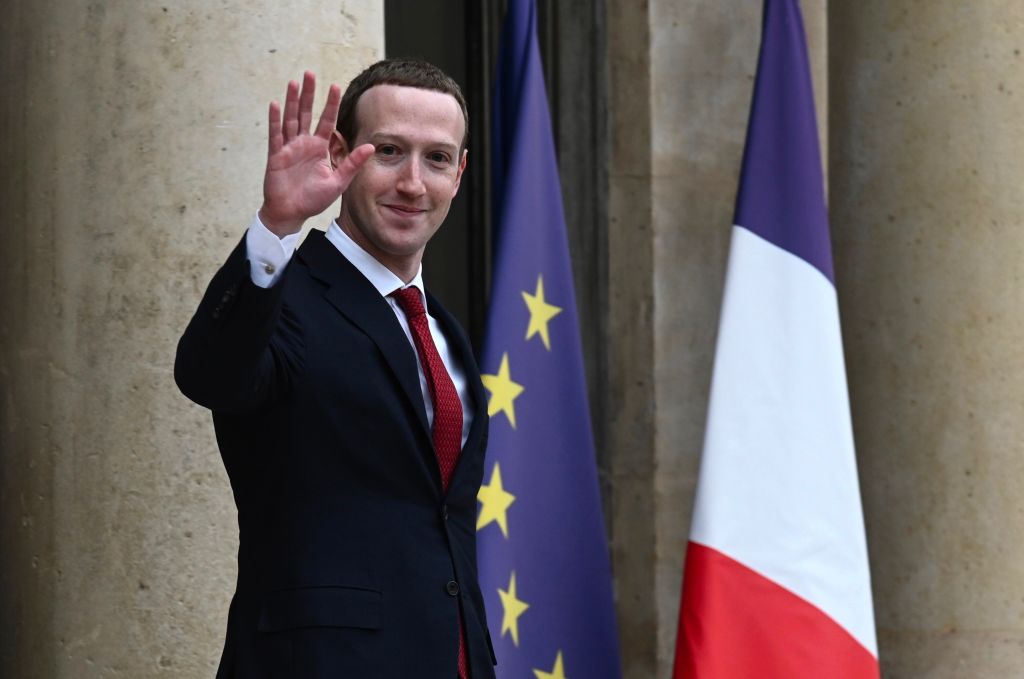 Facebook chief Mark Zuckerberg waves as he leaves the Elysee Palace in Paris on May 10, 2019, after a meeting with the French president. - Zuckerberg met the French President at the Elysee Palace on May 10, 2019, facing new pressure to crack down on the spread of disinformation as well as a call from a co-founder of Facebook for the California-based giant to be broken up. (Photo by Philippe LOPEZ / AFP) (Photo credit should read PHILIPPE LOPEZ/AFP/Getty Images)
PHILIPPE LOPEZ AFP/Getty Images

Here’s the most stunning statistic from our new Fortune 500 CEO Poll: 50% of the CEOs surveyed believe Facebook “has grown so large and influential that it needs additional regulation.”

Understand these captains of industry are not usually inclined toward regulation. Indeed, in the same survey, 69% of them say increased regulation is either a “very big” or “somewhat big” challenge for their companies.

But Facebook has crossed a line, in their minds. And Amazon and Google are not too far behind: 41% of the CEOs favor additional regulation of Amazon, and 39% of Alphabet. In comparison, only 7% favor increased regulation for AT&T, 5% for Microsoft, 6% for Apple, and 2% for Disney.

This comes on top of the extraordinary essay penned by Facebook co-founder Chris Hughes for the Sunday New York Times (released online Thursday.) Hughes goes a step further than the CEOs, saying that Facebook not only needs to be regulated, it also needs to be broken up. As he points out in the essay, antitrust practice since the 1970s has focused on consumer harm through inflated prices as the justification for breaking up companies—and Facebook isn’t guilty, under that paradigm, since most of its services are free. But Hughes argues that “we pay for Facebook with our data and our attention, and by either measure it doesn’t come cheap.” (You can read Facebook’s response here.)

What makes all this particularly interesting is Zuckerberg’s announcement earlier this year of plans to integrate Instagram, which the company bought in 2012, and WhatsApp, which it bought in 2014, into Facebook. Hughes believes it was a mistake for the FTC to approve both mergers, and argues it’s not too late to undo the mistake. But the clock is ticking. If Facebook succeeds with its integration plans, a breakup will become increasingly difficult.

For what it’s worth, I think Hughes has a point—even though it may stretch existing antitrust law to get there. Zuckerberg had his chance to show he could handle the responsibility that comes with running such a powerful information platform—and he failed. Separating Instagram and WhatsApp would give someone else a chance.

Separately, I’m interviewing another Zuckerberg friend-turned-foe—venture capitalist Roger McNamee, author of the book Zucked—tonight at the Greenwich Library. With Hughes, McNamee, and half the Fortune 500 against him, Zuckerberg must surely feel his back is against the wall. That’s a remarkable turnaround for a company that just a few years ago was celebrated for connecting friends, families, and freedom fighters.

I’ll have more results from the Fortune 500 CEO Poll tomorrow, as well as in the June issue of Fortune magazine.