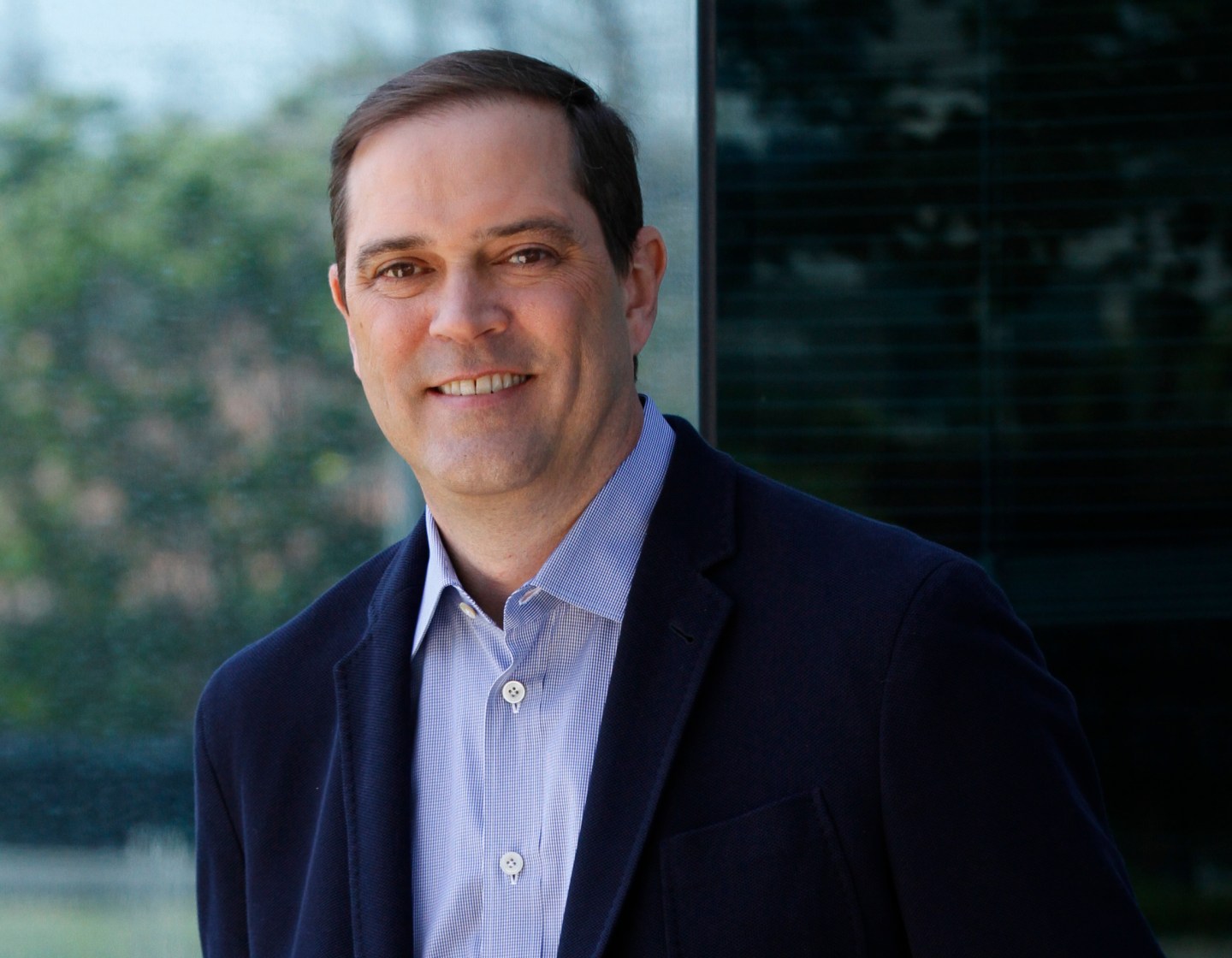 John Chambers, the gregarious salesman who led the networking company for two decades, has officially stepped down as CEO after announcing his retirement plans two months ago. His successor, Chuck Robbins, a Cisco veteran that Chambers once referred to as an “execution machine” for his get-things-done style, is now free to plot his own course for the company, once the most valuable in the country, but now facing a fast-changing landscape.

Cisco (CSCO) still dominates when it comes to selling networking gear to big corporations and governments. Simply put, if you walk into any data center, chances are that you’ll find Cisco hardware. But through innovation and aggressive tactics, Chinese rival Huawei and French giant Alcatel-Lucent have slowly started to eat into Cisco’s business. Maintaining leadership is no guarantee in today’s hyper-competitive tech world.

The rise of cloud computing, when companies rent out their data centers to others, is creating a huge challenge for Cisco. The more that businesses use cloud services from Amazon (AMZN), Microsoft (MSFT), and Google (GOOG), the less likely it is that they’ll buy Cisco’s gear. Many analysts say this rental system, which lets companies avoid the headaches of operating their own data centers, will become the norm in the near future. If so, Cisco risks losing a big chunk of its business.

At the same time, a wave of startups have emerged that are focused on what’s known as software-defined networking. The sales pitch is that this technology lets companies install customized software into cheaper commodity servers instead of buying fancier and more expensive versions from Cisco.

The growth of these new networking technologies have not impacted Cisco’s bottom line, Chambers insisted during his last earnings call. “All this garbage about new players coming in, and software coming in, and white label killing our approach was entirely wrong,” he said.

But, as long-time Cisco observer and Forrester analyst Glenn O’Donnell told Fortune, Cisco’s networking business is not the growth engine that it once was, and “eventually that will start declining,” as the new technologies become more widespread.

In 2014, Cisco reported an almost a 20% decline in earnings per share to $1.49. At the same time, sales declined 3%. But Cisco’s last earnings report shows Cisco has made up for some of the drop. During its latest quarter, Cisco’s revenue rose 5% to $12.1 billion compared to $11.5 billion during the same time period last year. Meanwhile, its earnings per share rose 15% to $1.72.

It will be up to Robbins, who has spent 17 years at Cisco and was most recently the company’s senior vice president of worldwide field operations, to ensure that Cisco continues to make up for last year’s decline. Part of that will have to do with any new technology the company adds to give itself a competitive advantage.

Lately, Cisco has been buying up cloud-computing startups like its acquisition of Piston Cloud for an undisclosed amount in June. It’s also been focusing on building better software — never a strong point for Cisco, according to O’Donnell — to better compete with startups that sell their own networking technology.

JR Rivers, CEO of software-defined networking startup Cumulus Networks, told Fortune in May that big established companies that continue to sell traditional networking switches and routers could face trouble in the coming years because of the shift in what customers want. Network giants have typically specialized in selling appliances that are bundled with proprietary software and hardware while clients increasingly want more flexibility.

“That doesn’t mean that Cisco will lose,” Rivers said. “It may shift its business model. But change is hard.”

Michel Combes, the CEO of Alcatel-Lucent, told Fortune that he has no doubts that Cisco will remain strong even after Robbins fully settles into his new role. However, Cisco’s legacy networking hardware business might suffer as businesses look to alternative technologies, he said.

“There are some difficulties to really embrace a full cloud-based world,” said Combes. “At the end of the day, that means you have to kill part of your legacy business,” he said referring to how Cisco’s pursuit of new technologies that give customers more flexibility may eat into its existing core business of selling networking gear.

Even AT&T (T) has been keen on software-defined networking, an example of just one of the many companies pushing into more customizable networking software. The technology has helped the telecommunications giant keep up with the rapid influx of data moving through its networks from mobile devices.

Randall Stephenson, CEO of AT&T, said in a June interview with Fortune that “Cisco is going to be a big player in software-defined networking, they already are.” The question that remains is whether Cisco can build up a software-based networking business that brings in as much money as its hardware business.

And while Chambers helped make Cisco the dominant player in networking it is today, he didn’t always choose the correct technologies to invest in, explained 451 Research Peter Christy in a Fortune story last fall. Some of his acquisitions turned out to be duds that ended up costing the company billions of dollars.

Whereas some of Chambers’ efforts to enter new markets have succeeded, as shown by Cisco’s IP telephony business involving selling gear for Internet phone calls, others have failed, Christy explained. For example, Cisco’s effort to enter the consumer market largely failed, including the $590 million acquisition of Pure Digital, the maker of the then popular Flip video camera, in 2009.

Indeed, last week saw Cisco shed its set-top box business for $600 million after it inherited the product line through its $6.9 billion acquisition of telecom and television maker Scientific-Atlanta. The company’s $415 million acquisition of storage startup Whiptail also ended on a low note with Cisco saying last week that it stopped selling the storage gear from the purchase.

The decision to exit those businesses just before Robbins took over is a sign that Chambers and the rest of Cisco’s leadership team wanted Robbins to inherit a clean slate. It’s a common strategy to clean house just before a new CEO shows up.

And it’s not just keeping up with technology that will be key to Cisco’s future success. Robbins will need to prove himself as a worthy successor to Chambers, whose face has long been the company’s public face.

According to O’Donnell, Chambers “pretty much personifies the company” and was its spiritual leader. He likens the relationship between Chambers and Cisco as being similar to the way Steve Jobs and Apple were so intertwined in the public eye.

“He’s got that cool, calm just mellow, Southern gentleman approach to him,” said O’Donnell before bringing up the counterpoint, Larry Ellison, Oracle’s bellicose founder. “In that sense, he’s sort of the anti-Ellison; he’s actually a nice guy.”

Chambers’ stable image and role as Silicon Valley’s head cheerleader helped Cisco gain customer trust. That idea is not lost on Alcatel-Lucent’s Combes, who acknowledged the role of CEOs in creating intimacy with customers. But Combes noted that Chambers’s decision to remain with Cisco as executive chairman suggests that Chambers is not relinquishing total control. Robbins may still end up working in Chambers’ shadow.

“For me, that’s not a very complete transition,” Combes said.

It’s sort of analogous to the way Ellison stepped down as Oracle’s CEO in September, only to retain much control of the overall direction of the company as its executive chairman and chief technology officer.

Robbins was responsible for choosing both men for the roles, said the Cisco spokesperson. The two appointments gives a sense of what Robbins wants Cisco to invest in over the next few years.

Singh once led HP’s cloud computing efforts before leaving the company in 2013. He was also part of the IBM executive team that built the company’s cloud business unit in 2010.

According to Cisco, Bandy will help oversee the company’s Internet of things business, which Cisco has been busy spending millions of dollars on through research and acquisitions.

The new additions to Cisco’s leadership team signal that Robbins sees the cloud and the emergence of connected devices as crucial. Companies are increasingly equipping their assembly lines, locomotives and jet engines to collect vast amounts of data. They then send that information to far flung data centers for analysis. Cisco wants to sell the network that helps funnel all that data.

“In the digital world, data—and the insights from that data—will be the most strategic asset,” Robbins wrote in a blog post on Monday. “It will be distributed across every part of our customers’ organizations and ecosystems.”

Robbins has his work cut out for him, as does every CEO of the big legacy companies that have to transform themselves as the world changes around them.

“As the market is changing, it is going to take a different type of company, probably a different kind of leader,” O’Donnell said. “We will see if Chuck is the man.”