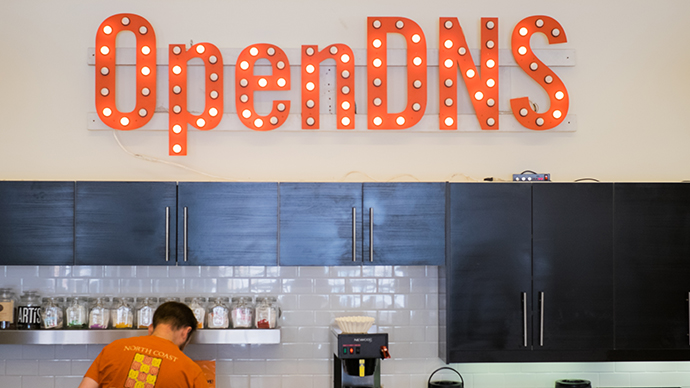 Cisco plans to acquire Internet security firm OpenDNS for $635 million in cash. The deal is yet another indication of how serious the networking company is about the Internet of things.

OpenDNS, which was listed on Fortune’s 100 best workplaces for millennials, got its start providing an alternative to ISP’s domain name services, which act as the address books of the internet. When you go to your browser and type in a URL such as www.fortune.com, that easy-to-remember web address is translated into a string of numbers that tells the gear inside the network where the actual web site is located. The storehouse for that word-to-number translation are the domain name servers.

By offering an alternative DNS service, companies such as OpenDNS built a business providing faster loading times for pages. Because of its control of a huge numbers of DNS servers, OpenDNS realized it had a birds-eye view of the Internet in terms of where traffic was heading and who was sending it. In 2013 it turned this view into a security service for customers since it became easier to see threats moving across the network and cutting them off there as opposed to fortifying your firewalls and hoping they held.

A besieged company would then be able to stop an attack at the domain name server out in the network before it made it to the front door. And now, as the Internet of things grows, OpenDNS is boosting its security offerings to help companies understand what connected devices it may have inside corporate networks, and how those devices are behaving. Earlier this year it released a study that showed off its ability to understand connected device traffic inside the enterprise, a service that should become increasingly valuable as connected devices proliferate.

As an investor in OpenDNS, Cisco helped the company raise $53 million in funding since its 2006 inception, and now has scooped up an essential service that will blend well with Cisco’s own network focus. The Internet of things is taking off, as are the number of security threats, and with this deal Cisco has another tool in its arsenal to manage both of those things.

The OpenDNS team will join the Cisco Security Business Group organization led by David Goeckeler, senior vice president and general manager. The acquisition is expected to close in the first quarter of fiscal year 2016, which means it should close before October of this year.