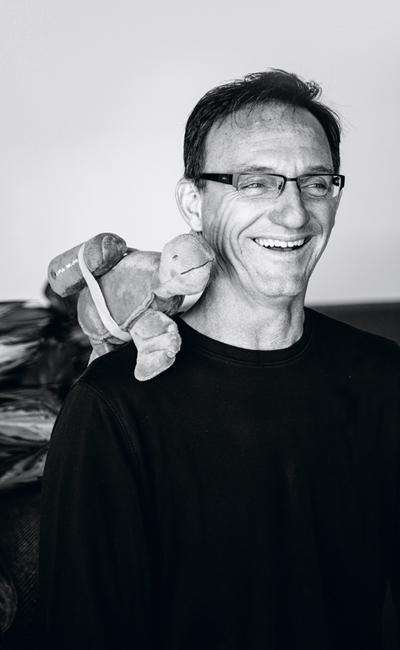 The networking business is rapidly changing, and much of that shift is centered on “software-defined networking.” Explain what that is in layman’s terms.

For a really long time we needed proprietary hardware to provide networking functionality. Now hardware exists that allows a lot of those functions to be done in what’s called “industry-standard silicon.” Before, you had to buy a network switch from a systems engineering company. Today you buy the silicon from Broadcom (BRCM) or Intel (INTC) and build a switch. The price/performance ratio is far better.

And that’s a big threat to a company like Cisco.

Right. In the early days of networking you could buy one router or firewall and that was enough to solve your business problem. Nowadays if you buy a big firewall or a big router from Cisco (CSCO), it’s either too big for what you need—and you paid way too much money for it—or it’s too small for what you need, and you need to buy more of them.

Let’s say I’m the CEO of a Fortune 500 company. Why should I care about this?

Because being able to purchase industry-standard hardware allows you to reduce your procurement overhead. You can buy all your hardware from a company like Dell or HP (HPQ), regardless of what software you decide to run on it. It separates the procurement decisions around hardware and software.

What’s the financial upside of this technology?

It really depends. The advantage on a network switch is 21/2 to three times the cost savings. Add cables and optics and the advantage can be six or seven times. Look at firewalls and load balancers or intrusion-detection systems, and you’re looking at seven or eight times.

You don’t have to spend as much as you used to. Or you can accomplish much more with the same spend.

It’s a matter of economics in terms of capex and agility. It’s always cheaper than moving to the cloud. The cloud is fantastic if you need geographical distribution, but very few companies need that.

Whenever people build highly engineered systems, their culture and the fact that they were willing to make that investment always results in their wanting to extract value from their customers for it. Part of it is they have to recoup the costs. The other part of it is just culture.

What happens to companies that don’t get on board?

Effectively, they’re going to get creamed.

So what’s the SDN outlook?

The losers will be companies that narrowly focus on one part of the industry—anybody that sells an appliance, as I call it. That doesn’t mean that Cisco will lose; it may shift its business model. But change is hard. There is so clearly a shift occurring. I’ve never seen anything this pivotal before. Something dramatic and cataclysmic is happening here.

This story appeared in the June 1, 2015 issue of Fortune magazine with the headline ‘Run, Rabbit, Run.’